Austin is a city unlike any other in the Lone Star State of Texas, and the locals want to keep it that way. 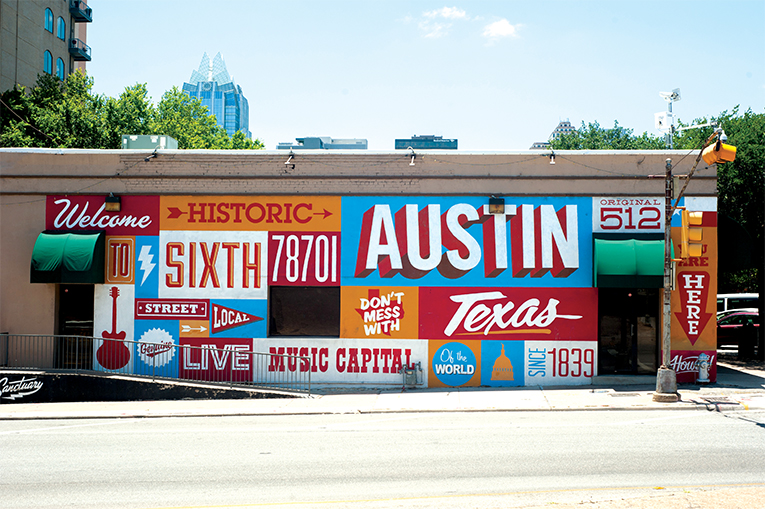 Austin has had a reputation for being a bit quirky since the 1960s, with its laid-back vibe, low cost of living and counterculture that has attracted artists and musicians. That continues today, though many locals are getting priced out of living in a city that has developed into a tech and start-up hub, attracting wealthy entrepreneurs, recent college grads and retiring baby boomers. Many come because there is no state income tax.

Ask any native or longtimer, and they’ll tell you that as they strive to “keep Austin weird,” newcomers are pushing the city towards “normal.” For visitors, it remains a funky city filled with great food, drink, unique festivals and creative arts, paired with youthful energy and an outdoorsy culture.

It’s hard to pinpoint exactly what makes this fast-growing city different. Perhaps it’s the Cathedral of Junk, a whimsical structure built in one eccentric man’s yard out of tons of found objects. Or maybe it’s the actual Museum of the Weird, filled with shrunken heads and other oddities. 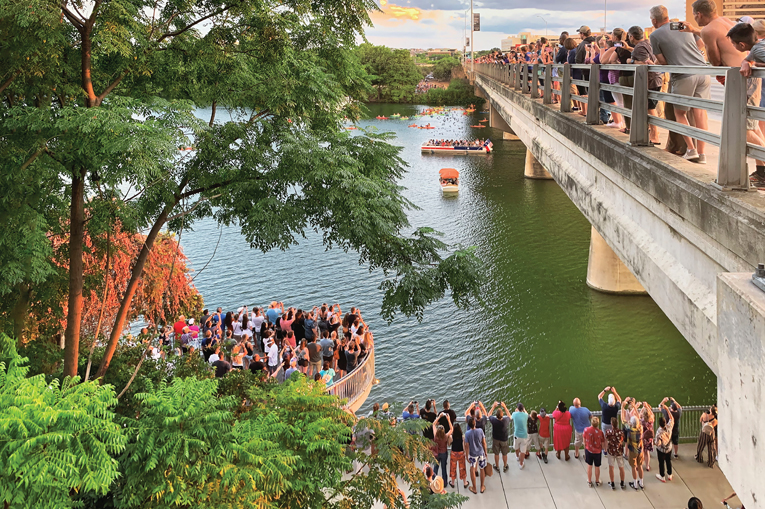 From late March to early November, the Austin bats cause a spectacle as they fly nightly from underneath the Congress Avenue bridge. (COURTESY VISIT AUSTIN)

Learn about the evolution of this spunky town with Austin Detours’ “Weird Austin Tour.” You’ll explore off-the-beaten path locations and learn the city’s secrets. Take the Street Art Tour to see Austin’s iconic murals, watch artists work and even create your own. Be sure to pose for a photo next to the iconic “I love you so much” mural on the side of Jo’s Coffee Shop before grabbing a cup of iced turbo.

Many forget that Austin is the seat of state government. Take a guided tour of the Texas State Capitol and stroll its 22 acres of grounds and sculptures. Nearby is the scenic University of Texas campus, which was founded in 1883 and where you’ll find the Blanton Museum of Art, the LBJ Presidential Library and Museum, and Bullock Texas State History Museum. 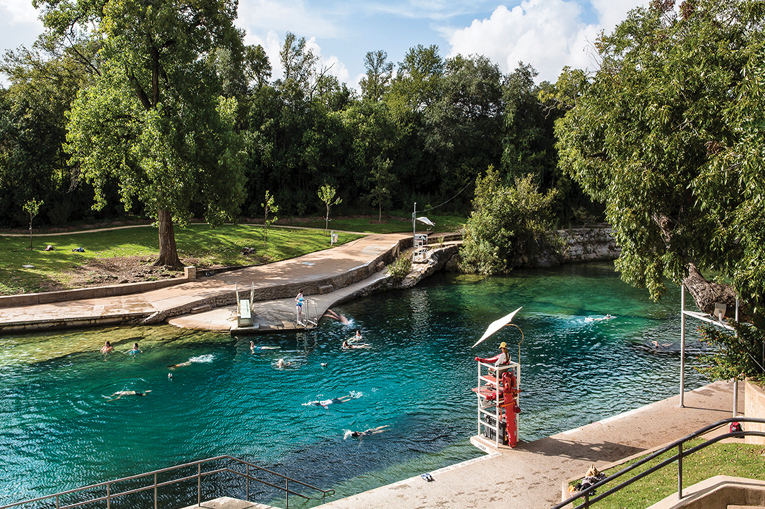 Cool off with a dip in Barton Springs Pool. (COURTESY VISIT AUSTIN)

Stroll the trails around Lady Bird Lake or rent a kayak or paddle board and get on the water. In the heat of summer, join the locals for a dip in Zilker Park’s Barton Springs Pool. At a year-round average 68 degrees, the three-acre pool, fed by underground springs, is a perfect cool down. Native Americans once believed the springs possessed spiritual healing powers. Come find out during the monthly full moon swims.

From late March to November, join the nightly crowds on the South Congress Bridge at dusk for a natural spectacle. As the sun sets, the 1.5 million bats that live under the bridge emerge into the sky to hunt for dinner.

Racing fans are revved up for the return of the NASCAR Cup Series to Austin’s Circuit of The Americas (COTA) in March. This summer, watch for the opening of COTALAND, a kid-friendly amusement park in the racetrack complex.

Window shop along South Congress (nicknamed SoCo), a scenic strip known for its hip stores, boutiques and restaurants. Visit Allens Boots where vvyou’ll find more than 5,000 cowboy boots from $200 up to a Lucchese crocodile pair for $12,995.

For other great Austin souvenirs, there’s Parts & Labour for locally made art and jewelry, Lucy in Disguise with Diamonds for costumes and vintage clothing and Big Top Candy Shop for nostalgic sweets and an old-fashioned soda fountain.

For a blast from the past, add some vinyl to your collection. Austin has an abundance of brick-and-mortar record shops, including a hallmark of the city’s music scene at Waterloo Records, plus Breakaway and Antone’s. 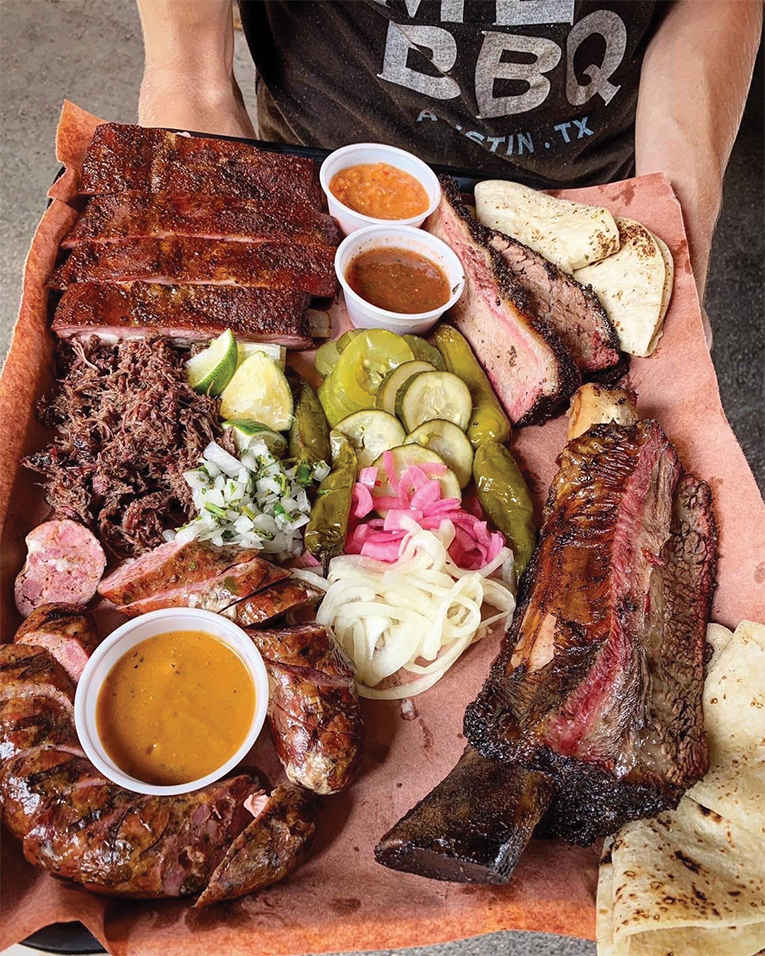 But the real action is at the hundreds of food trucks around the city. You’ll find great meals-on-wheels to satisfy any craving from grilled cheese to pork belly sliders, Thai fried chicken to vegan delights.

You’ve got to have at least one breakfast taco while you’re here. Try Guero’s Taco Bar, Veracruz All Natural or Tyson’s Tacos and judge the best for yourself. And Texans take their barbeque seriously. Ask the locals for their favorite spot or try Franklin Barbecue, LeRoy and Lewis or Terry Blacks BBQ.

Austin’s reputation as the “Live Music Capital” draws visitors from around the world to events including South by Southwest (SXSW) in March and ACL Festival in October with world-renowned performers. Plus, there’s live music at the city’s scores of dive bars, dancehalls, rooftop bars and amphitheaters.

Sixth Street is the epicenter of the city’s music scene. Divided into three sections, the rowdiest is known as “Dirty 6th,” rivaling New Orlean’s Bourbon Street. Closed to traffic weekend nights, you can walk in and out of dozens of bars and listen to a variety of bands and DJs without paying a cover. 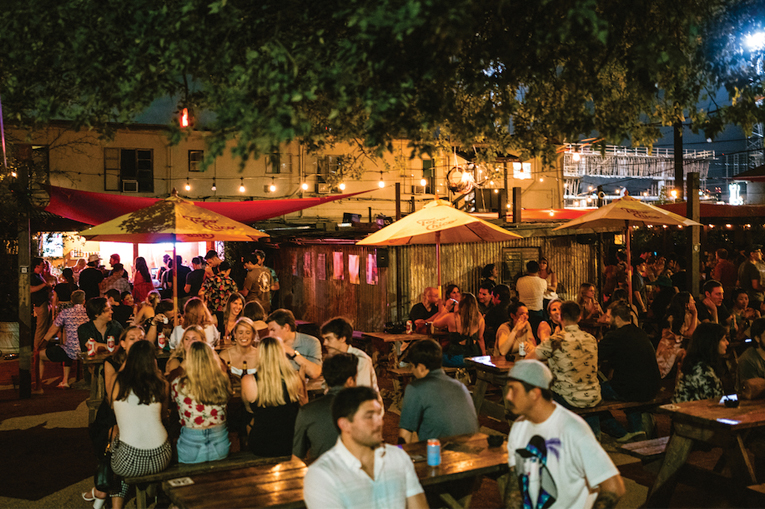 For a more subdued atmosphere, nearby Rainey Street is a strip of 1930s bungalows turned into bars, restaurants and courtyards with food trucks on hand. It appeals to the UT crowd and is especially fun after their Longhorns win a football game.

The Continental Club on SoCo is the “granddaddy” of live music venues with country, swing, rock and blues nightly. Or take some two-step lessons at the Broken Spoke.

Coming in April: The first Moontower Just for Laughs comedy fest with two weeks of hundreds of comedians and shows.

There is never a dull moment in Austin. visitaustin.org

The city is rich in Latin American culture, food and music. Download The Ultimate Field Guide to the Corazón of Austin at visitaustin.org/corazon for insider tips to help you experience the city’s Hispanic side, including where to find tango and salsa nights, the best tamale spots and the Mexic-Arte Museum.

Fun for the Kids

Expedition Austin: A Kid’s Guide to the Weirdest Town in Texas helps families find the city’s most offbeat, fun and fascinating things to do. It lists the best kid-friendly places, creative activities and a fun quiz you can take during your adventure.

Inexpensive hotels abound in north Austin near the UT campus, while numerous chain properties are centrally located near Lady Bird Lake. For a special experience, stay downtown at the historic Driskill Hotel, built in 1886. It’s supposedly haunted—room 525, in particular. There also are many boutique hotels including SoCo’s Hotel San José and the Hotel Saint Cecilia.

This article appears in the March 2022 issue of Orlando Magazine.
Categories: Travel
Tags: 2022, austin, bats, bbq, Festivals, Texas, tour, Travel
Want to read the whole issue? Download and read this issue and others on Magzter.