Here from our Editor, Michele Walker, about her thoughts on August in Orlando. 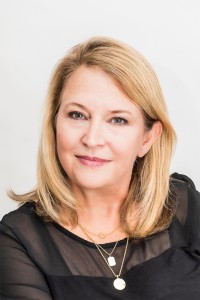 My mother is a Hoosier, born and raised in Indiana, having moved to Florida in her late teens after her father’s death. Every year of my childhood, at some point in August, she would stand out in the front yard wearing her pedal pusher, capri pants looking like a blonde Laura Petrie plucked out of the Dick Van Dyke Show. She’d take a sniff of the 90-degree, hot, humid air and declare, “I smell fall in the air.” We would all look at her as if she had lost her mind.

Cut to years later, after having lived in the north for a few decades but now back in Orlando, I understand what she meant. August may be the peak of the dog days of summer, but the month ushers in the new school year, the end of the vacation season, and the inevitable slow trek to autumn.

In honor of the end of the summer season, we have not one but two exciting travel stories, the northern lights in Manitoba and an adventure through the Florida Keys. I have found two types of Floridians, those who hate the heat and those who love it. We have the travel story for you, no matter which category you fall.

In August, Orlando magazine celebrates the Best of ORL, our annual readers’ poll where you let us know your favorite restaurants, schools, television hosts, tattoo parlors, and tattoo removal parlors, so many fascinating stories.

When you talk about the “best,” you don’t have to look further than the Orlando magazine. We’re proud of our talented team and pleased to announce that our very own photographer, Roberto Gonzalez, has been nominated for several Florida Magazine (FMA) “Charlie Awards,” including Best Photography: Cover, Single Feature Item, Single Department Image, and Use of Photography.

As we bid goodbye to summer and begin to welcome in the fall, the temperatures may still be in the 90s, and we might not see as many changes in the season as our northern neighbors, but time ticks away, nonetheless. Like my mother used to say, “I smell fall in the air.”

This article appears in the August 2022 issue of Orlando Magazine.
Categories: Column, Home Page Features
Tags: editor letter
Want to read the whole issue? Download and read this issue and others on Magzter.