The Sanctuary condo tower near Lake Eola was once a hot spot for dining and socializing, but the building’s restaurants and bars faltered along with the economy. After two years of inactivity, some areas of the Sanctuary’s lower levels have reopened as special-event and entertainment spaces called The Abbey and The Mezz (short for mezzanine). Both designed by Ted Maines (who also happens to be a Sanctuary resident) of Stéted Interiors, the rooms are works of art in themselves. 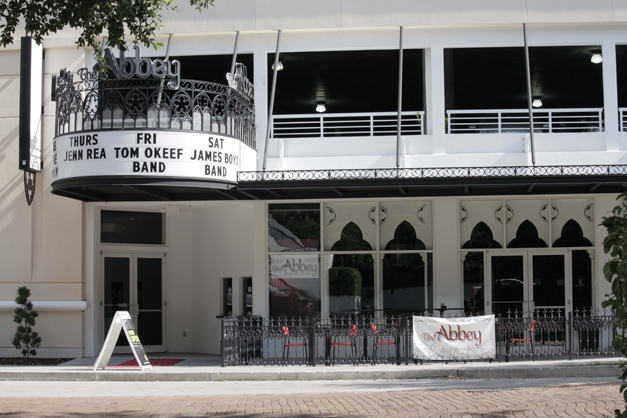 ^^ With a Broadway-style marquee and wrought-iron fencing worthy of a Gothic churchyard, the dramatic entry sets the tone for The Abbey’s theatrical interior. The 7,500-square-foot venue hosts a variety of special events and performances, including acts brought in by the Florida Theatrical Association and productions by local theater groups. 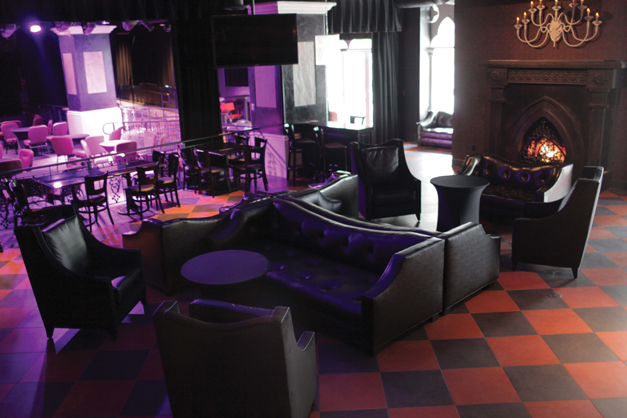 ^^ Inside, a baronial fireplace boasts a crackling “fire,” thanks to a continuously looped video. Above it, a candelabra designed by Maines accentuates the space’s old-world ambience. 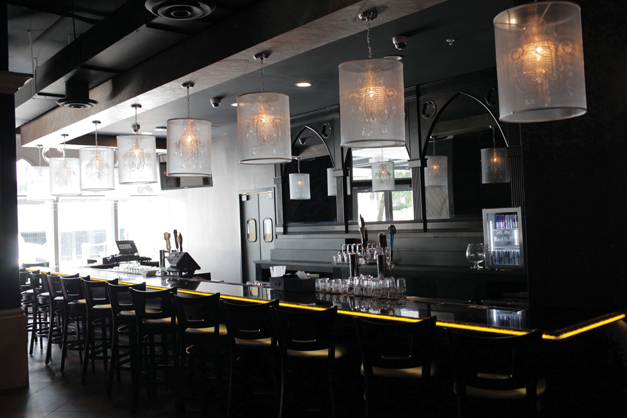 ^^ When lit, crystal fixtures shrouded by sheer cylinders provide soft lighting over the bar. The barely lit effect was added by Maines as a subtle reference to the traditional “ghost light” left burning onstage between performances. Superstition holds that the ghost light invites departed actors to relive their glory days on stage. 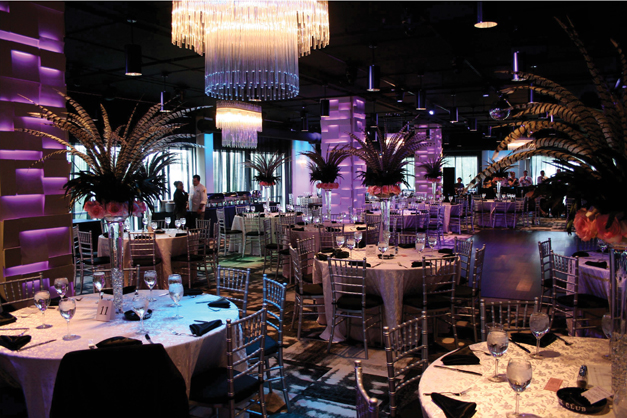 ^^ Sheer black curtains (background), illuminated columns and modern lighting give the 8,000-square-foot Mezz a South Beach nightclub vibe. Individual carpet squares, each with a different pattern, were laid out in a design specified by Maines, creating a room-size work of art.

^^ In addition to roof support, the room’s columns boast LED lights that can be synchronized to music, coordinated to an event’s color scheme or bathed in ever-changing bands of color. 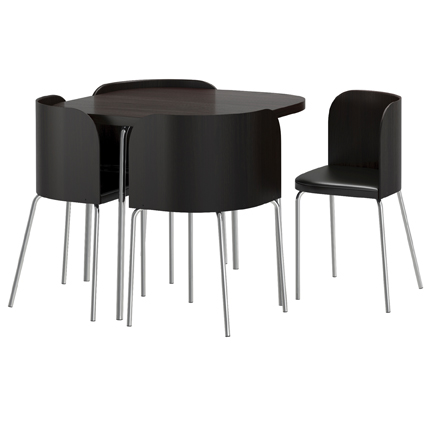 How Swede It Is

Sometimes we give the French too much credit for their sense of style. I learned that firsthand when I raved about the clever little dining set in the Paris apartment I rented recently. With rounded corners and curved chairs that fit neatly around the table to form a space-saving cube of sorts, it displayed ingenious economy of scale—perfect for the apartment’s miniscule square footage. I assumed that it was a French product. Nope. The designer’s name is Sandra Kragnert, a Swede. Her Fusion dining set is sold right here in Orlando—at IKEA, $299; ikea.com

This article appears in the August 2011 issue of Orlando Magazine.
Categories: Fashion & Shopping