An easy day trip from Orlando, the Kennedy Space Center is just 60 miles east in Cape Canaveral on the Atlantic Ocean. A day spent reliving the country's historic moments, marveling at the wonder of space and relaxing on Florida's beaches is the perfect way to spend time with your friends and family. If you're considering carving out a day to visit the Kennedy Space Center or an awe-inspiring rocket launch, keep these 10 tips in mind.

Getting to the Kennedy Space Center takes about an hour from Orlando on either Highway 528 or the 408, both toll roads. Have your change ready and be prepared to pay around $8 round trip, or use your SunPass. You won't find many gas stations along the way, so be sure to fill up before you go.

Parking and admission for a family of four at the Kennedy Space Center is around $100, the price of admission for one at Orlando's theme parks. KSC officials say to spend at least five hours to get the most out of your visit, however with IMAX films, guided tours and special activities, you can easily spend an entire day.

Several cafes, cafeterias and walk-up food kiosks are located at the visitor complex for convenient lunch options, and budget-conscious guests may bring in a small cooler of drinks and snacks. Most all attractions and IMAX films are included in the admission price, except the guided tour of the launch pad and vehicle-assembly center which costs $25 extra.

The Kennedy Space Center Visitor Complex is an outdoor park, much like a theme park, where you walk from attraction to attraction. Dress appropriately for the weather and wear comfortable walking shoes. If it's rainy or exceptionally hot, you can always spend extra time inside the Saturn V and Atlantis exhibits.

This must-see exhibit is dedicated to perhaps the most momentous feat of mankind: walking on the moon. To see the Saturn V rocket, you must board the courtesy bus from the main visitor complex. The bus driver will tell you that it was President Kennedy, the museum's namesake, who encouraged man to land on the moon by the end of the 1960s, and the Saturn V was built for this mission.

The first Saturn V manned launch was the Apollo 8 mission in 1968, where Frank Borman, Jim Lovell and Bill Anders became the first to orbit the moon and see Earth in its entirety. Just seven months later, the Saturn V rocket launched Apollo 11, the historic moment which landed Neil Armstrong and Buzz Aldrin on the moon.

Seeing the actual mission-command center, standing underneath the amazing Saturn V and scanning the newspaper headlines from that fateful day are sure to fill you with pride for mankind's tremendous achievements. Step outside and just across the Banana River you'll see the famous launch pad, which is still active today. (See Tip #2) 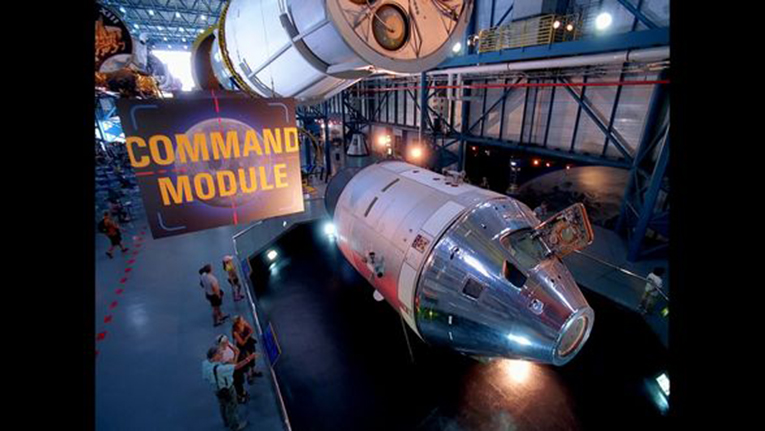 Plan a visit to the Saturn V exhibit via the courtesy bus. (©Kennedy Space Center)

Fast-forward a few years and the Space Shuttle Atlantis exhibit lands visitors smack in the '70s with a moving documentary about how NASA tried, failed, tried and finally succeeded in creating a re-usable orbiter. After its first flight in 1985, Atlantis made 32 more missions and flew 126 million miles over the next 26 years. The credits roll, and the curtain opens to reveal the actual Atlantis space shuttle.

The reaction from the crowd is poignant and powerful; simply sharing a moment of admiration and awe with visitors from across the globe is worth the visit in itself. The crowd disperses and goes on to explore the 90,000 square feet of exhibit space with 60 hands-on attractions. 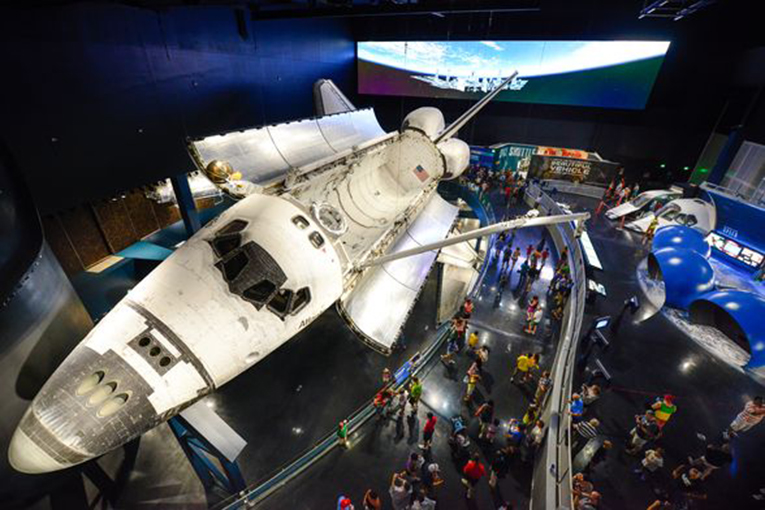 With every accomplishment comes sacrifice. A new memorial which opened in 2015 inside the Atlantis exhibit is "Forever Remembered," a special place to honor those lives lost in the Challenger (1986), which killed all seven on board including a school teacher just seconds after launch, and the Columbia (2003), which killed seven astronauts on their re-entry to Earth. The memorial includes personal items, from favorite clothing to Bible verses and prayer beads, to the actual wreckage from the orbiters. 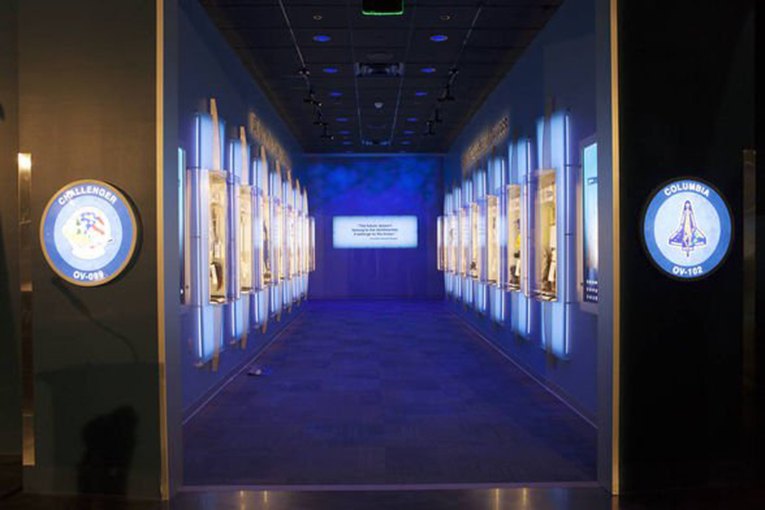 "Forever Remembered' honors the 14 lives lost in the Challenger and the Columbia. (©Kennedy Space Center)

The Kennedy Space Center's IMAX theater plays two films every hour throughout the day which are included in the admission price. "Journey To Space" is a 2015 3D film showcasing NASA's plans for the future including landing astronauts on Mars and capturing asteroids. "Hubble," is a still widely popular documentary narrated by Leonardo DiCaprio, which follows seven astronauts aboard the Space Shuttle Atlantis to repair the Hubble telescope.

Though many of the exhibits are very complex—it is literally rocket science—the Kennedy Space Center does a nice job including young children. The Children's Play Dome allows little ones to let off steam, and roaming astronauts and Angry Birds characters provide entertainment and fun photo opps. Inside the Atlantis exhibit, kids are invited to sit in the pilot's seat and those 44-inches tall can experience a simulated shuttle launch. Strollers are available to rent at the KSC for $5 for a single and $8 for a double.

NASA might have shut down its shuttle program in 2011, but launches still occur about twice a month at Cape Canaveral, whether it be a government satellite or supplies going to the International Space Station.

Visitors are invited to experience the launches in person. Special tickets are sold at the Kennedy Space Center for viewing on the grounds at the Saturn V exhibit on launch day. Area tourism organizations also host off-site Pop Up Launch Parties, with a DJ, games for the kids, free T-shirts and more at a special location announced the week of the launch. Visitors can also just watch from a nice spot on the beach, whether on the Canaveral National Seashore or at the Cocoa Beach Pier. 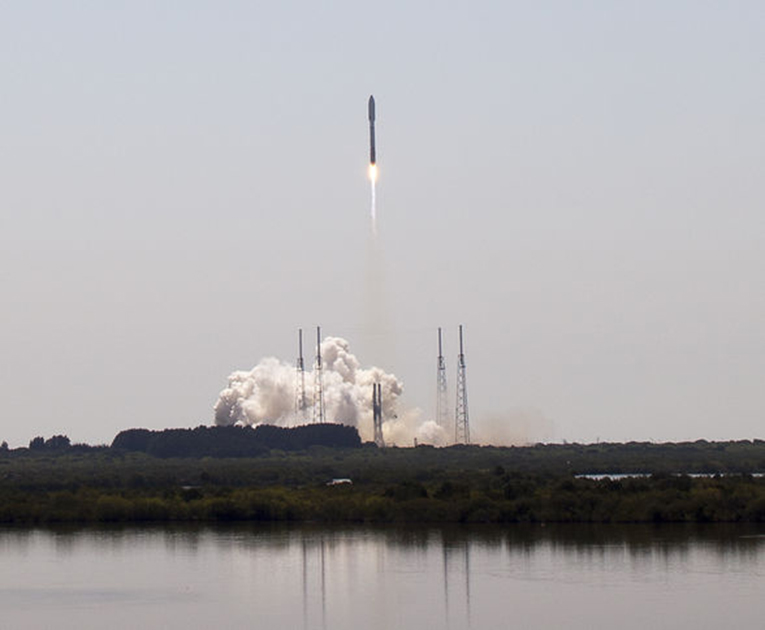 Blast off! Or not … Launches frequently "scrub" or get postponed, for all kinds of reasons related to mechanics or the weather. Try to go with the flow. The worst-case scenario, you can spend more time at the Kennedy Space Center or a day on the beach instead. 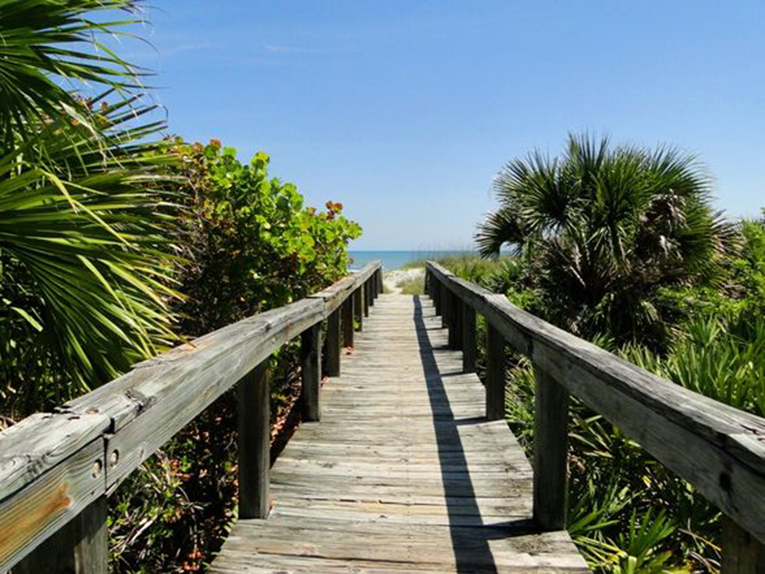 Lori Wilson Park on Cocoa Beach is open to the public. (©Visit Florida)