What makes the Conway / Hourglass District so special? 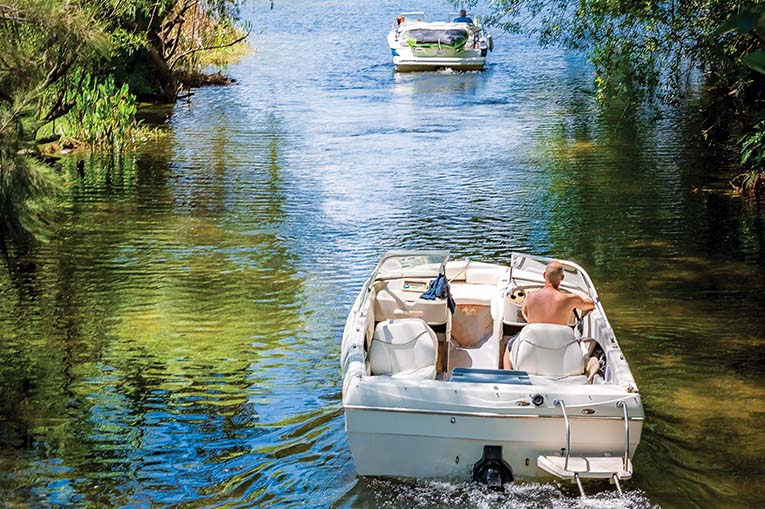 Retired marketing pro Lisa Warren moved to the Conway area in 1997 with her husband, Bill, for the pleasant neighborhood and convenient location. She soon began exploring the area’s history and learned that their new home was just two blocks from the site of Orlando’s birthplace, Fort Gatlin.

A historical marker on the site details how the U.S. Army built the stronghold in 1838 during the Second Seminole War for its strategic position overlooking three lakes. The fort was abandoned in 1849 and a few soldiers and families stayed on to grow citrus and raise cattle in what would become the seat of Orange County, formerly known as Mosquito County.

“That was a real eye-opener and a thrill because I love history,” Warren says. Now living on the northernmost edge of Conway along Lake Arnold, she enjoys chatting with lakeside neighbors and watching people kayaking and paddleboarding on the water, as well as feathered species ranging from herons and egrets to owls and wood ducks.

“Once a year, flocks of white pelicans migrate through Conway,” she says, “and they drop down into my lake, stay a day or two, and move on.” 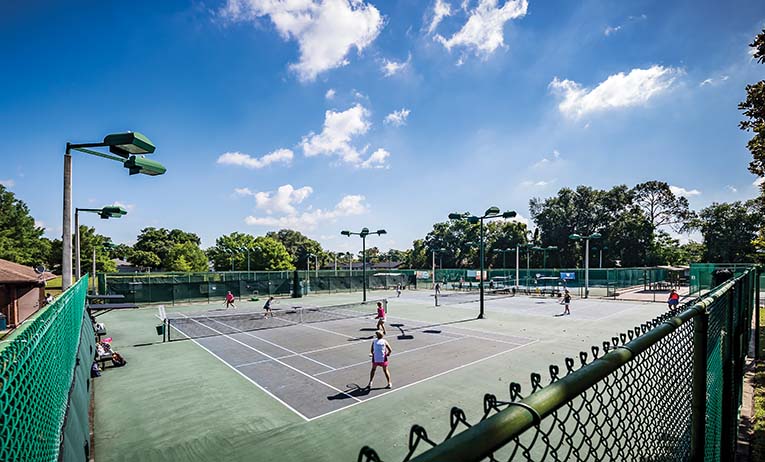 The area’s many green spaces—from Barber Park (with its own dog park) in east Conway to Wadeview Park near Boone High School—teem with picnicking families, soccer games and other sports activities. At Fort Gatlin Recreation Complex, tennis and swimming programs, as well as summer camps, attract locals of all ages.

Business development in Conway’s Curry Ford West/Hourglass District has made it the cool new place to be. Promoted as a sort of “Main Street America,” where patrons can stroll from Pizza Bruno for a savory pie to Hourglass Brewing for a pint, the district’s growth continues to snowball. Plant-based eatery Leguminati is a vegan haven, cozy F&D Woodfired Italian Kitchen has become a neighborhood go-to, and popular Black Rooster Taqueria of the Mills 50 District will open its second, larger location this summer at a Curry Ford Road intersection. 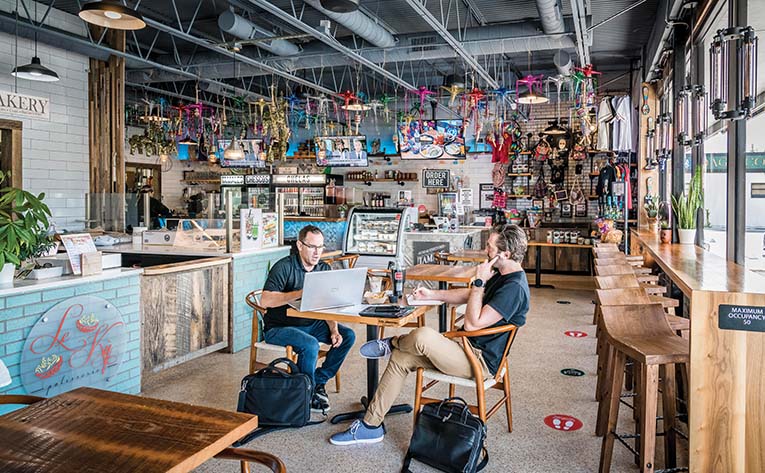 Foxtail Coffee, the Tamale Co. Mexican Street Food and other restaurants and businesses are flourishing. Nearby, Conway mainstays like Charlie’s Gourmet Pastries, which turns 50 this year, and Clemons Produce, with row after row of fresh fruits, veggies and more, are thriving.

Though business slowed considerably in 2020 when restaurant and pub sales were limited to takeout eats and drinks due to pandemic regulations, it has revived.

“The community has been absolutely stellar,” says Chauncey Fedele, taproom manager at Hourglass Brewing. Fedele and his staff focused on selling takeout growlers and crowlers until the brewery was able to reopen. “I don’t think we could have asked for a better location. Everybody is so supportive, and they’re very tight knit.”

These days, locals and visitors head to the brewery, where 42 craft beers are on tap, for weekly events such as Trivia Tuesday and Bingo Wednesday. Patrons can bring their own bites or enjoy deliveries from local eateries to pair with their brews, wine or meads, Fedele says.

Conway neighbors always have been supportive of one another, says Baer, whose brokerage organizes yearly school-supply drives. Julie Wright, a nonprofit consultant and mom of two sons, agrees.

“People have pride in our community,” says Wright, an 11-year Conway resident. “When there’s a call to action and something is needed, the community comes together.”

This article appears in the July 2021 issue of Orlando Magazine.
Categories: News and Features
Tags: avalon park, conway, doctor phillips, hot neighborhoods, hourglass district, Orlando
Want to read the whole issue? Download and read this issue and others on Magzter.