Cirque Under the Big Top

They’re back! If you’re been pining for “La Nouba,’’ check out the dazzling “Luzia,” through April 21 at The Florida Mall.

Sixty-five trailer trucks recently rolled into town, and for eight days their 2,000 tons of equipment was unloaded and transformed into a tented village across the grounds at The Florida Mall. At center stage: the Big Top, under which the 125 artists and crew of Cirque du Soleil are presenting Luzia— their richly imaginative interpretation of Mexico—through April 21.

Not only is this Orlando’s first chance to revisit Cirque du Soleil since La Nouba ended its 19-year run at Disney Springs in 2017, but also our first opportunity to experience a production by the Montreal-based circus-arts company under the Big Top.

And what a Big Top it is, with 2,600 seats beneath the sprawling white canvas secured atop four 82-foot-tall steel masts. “It feels like it’s a smaller, more intimate space but there are actually 1,000 more seats than the La Nouba theater,” says Luzia stage manager Nicole Peters, who was also part of La Nouba for more than 10 years. “La Nouba’s theater was shaped like a tent, but it was a building. At Luzia you get the circus feeling by walking into the Big Top. The tent is what does it for you.”

“It’s amazing how everything is built to move,” says Peters. “For the longest time, I worked on a show where everything had its place and here they are ready to pick up and move every six to eight weeks. They’ve had to create everything to travel well.” 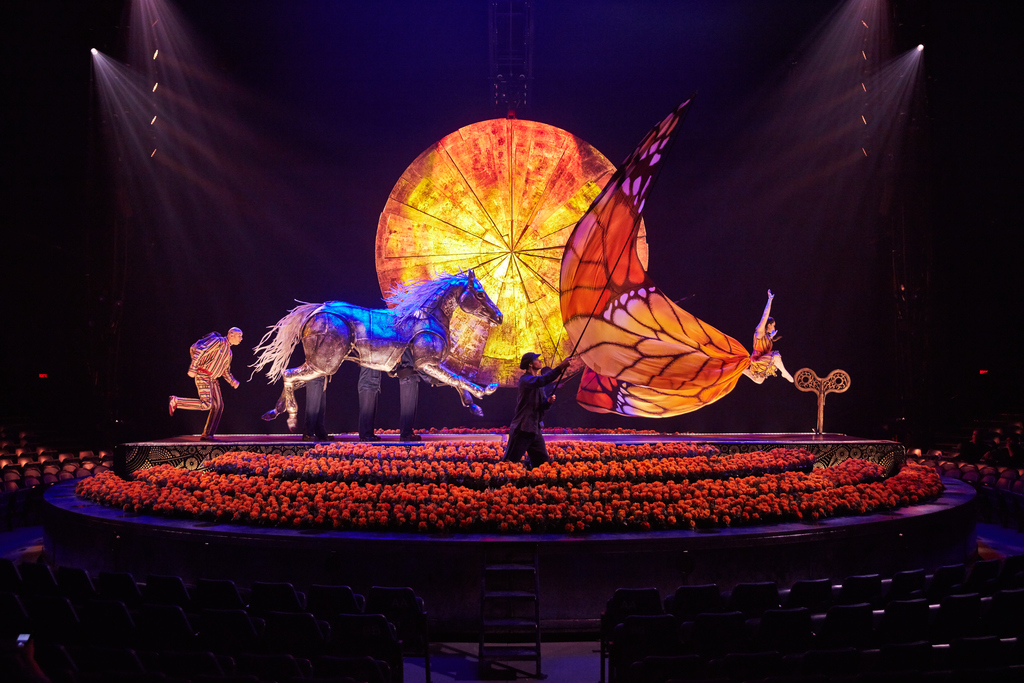 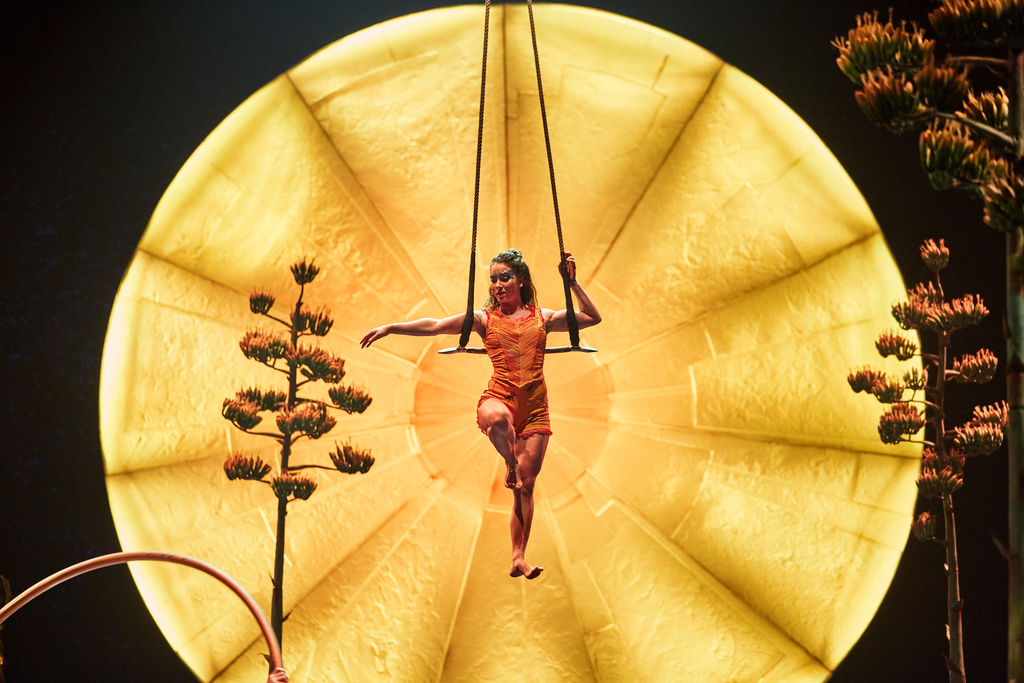 The ingenuity of acts and the technology developed by Cirque du Soleil to enable the performers is truly astonishing. For instance, the Aerial Straps act—performed by an acrobat whose props are two suspended straps—is set in a jungle cenote, a naturally occurring sinkhole or cistern the Mayan believed was a sacred gateway to the afterlife. This artistic choice meant integrating the element of water into a Cirque du Soleil Big Top show for the first time.

The team had to figure out how to use the water in a way that would surprise the audience and enhance the experience, as well as come up with innovative technical solutions. For instance, at each Big Top stop, 1,585 gallons of water must be filtered, disinfected and maintained at a constant 82°F and recycled for use during the entire stay in each city. Some of the other artists perform in the water as well, so new types of soles were designed for shoes, while a system to dry costumes between shows had to be developed. “The toughest thing is getting the stage dry when we need it to be dry in a quick period of time,” adds Peters. The clown comes to the rescue, diverting the audience’s attention while crew members stealthily dry the stage.

Luzia is one of 19 original productions Cirque is currently performing around the world, each with a central theme. Luzia’s soul is Mexico. Through its set design, costumes, acrobatic performances and music, the show explores various themes linked to the culture, history and mythology of Mexico. “Even if you are not familiar with Mexico you’ll walk away with a huge appreciation for the country after you see the show,” says Peters.

Smoothly passing from an old movie set to the ocean to a smoky dance hall or an arid desert, Luzia cleverly brings to the stage multiple places, faces and sounds of Mexico. Rather than a kaleidoscope of color, most acts feature just one bold color or a restrained combination of a few, such as a hot-pink corset or a sunny yellow dress.

Another element used with surprising effectiveness are puppets. From the opening scene featuring a giant black horse galloping full speed down center stage (with the help of two oversized treadmills that form a runway) to the nuanced jaguar that interacts with the acrobat at the edge of the cenote, these moments elicit an emotional response from the audience.

A huge curtain scenery piece called the papel evokes those colorful, cut-out paper banners used in plazas and public places throughout Mexico (as well as in the Big Top lobby). At times, light shines through it, casting playful shadows across the tented ceiling, enveloping everyone in the same magical journey. 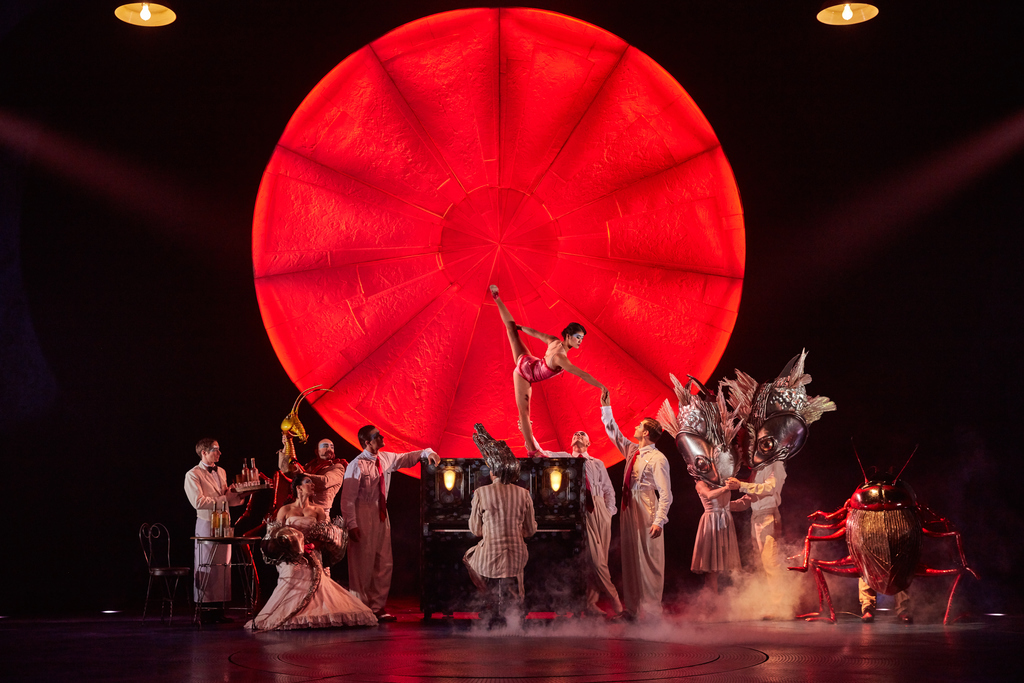 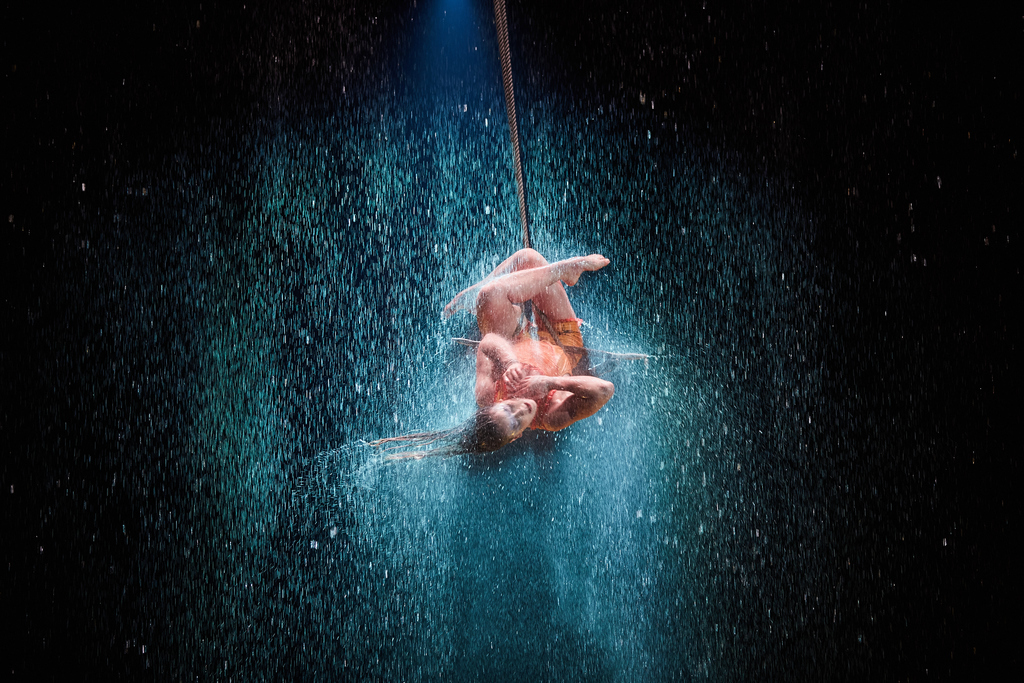 * Orlando is Luzia’s only Florida stop on this tour. Performances run Tuesday through Sunday until April 21, with matinees on weekends.

* Cirque du Soleil’s Big Top is behind Macy’s at The Florida Mall. Use the shopping center’s parking and walk or pay $15 for event parking nearest the entrance.

* Allow extra time for security (everyone is wanded and every bag is inspected).

* Luzia’s running time is 2 hours 5 minutes,with a 25-minute intermission. The show is appropriate for the entire family.