Chris Nikic: A Lesson in Perseverance

As the world’s first Ironman with Down syndrome, Chris Nikic is pursuing his dreams. 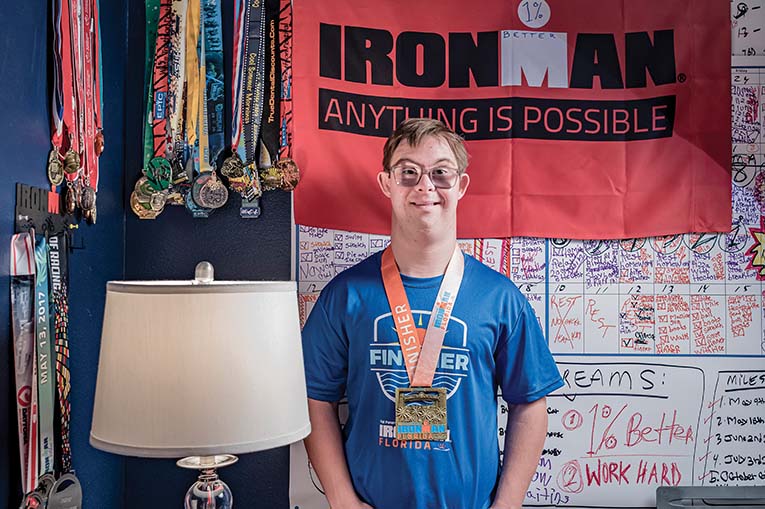 Chris Nikic has a message for the world in a time when perseverance is challenging: Don’t give up. Visualize and go after your dreams. Surround yourself with people who love and support you.

Throughout his life, 21-year-old Chris Nikic of Maitland has been told about his limitations from Down syndrome, which typically results in low muscle tone, decreased strength and a compromised immune system. But Nikic’s completion of the Ironman triathlon last November—earning him a place in the Guinness World Records—proves limits are nothing in the face of perseverance.

“Do not put a lid on me,” Chris is known for saying. “The experts tell every parent [of special-needs children] that the child has been discounted, which means they can’t do anything. So we decided to take the lid off.”

His parents, Nik and Patty, adopted a new mindset, viewing their son as gifted instead of as special. “Once we started treating Chris as gifted, we started doing everything differently,” Nik says.  “Instead of protecting him, we pushed him to his outer limits.”

Says Chris, “For the first 18 years, I was overweight and out of shape. I was average.” But he had above-average dreams. “The dream is to have a house and a car and to marry a woman [like my mom] and have unconditional love.”

He began competing in the Special Olympics. Each time Chris swam, biked or raced, he imagined himself moving closer to that dream. Before long, the young athlete found a guide and trainer in Ironman Dan Grieb, and the hard work began.

“Coach Grieb had a vision and a dream to help someone [like Chris] do something like Ironman,” Nik says. “God put them together. Dan had a goal, and Chris had a goal, and they were the same goal.” 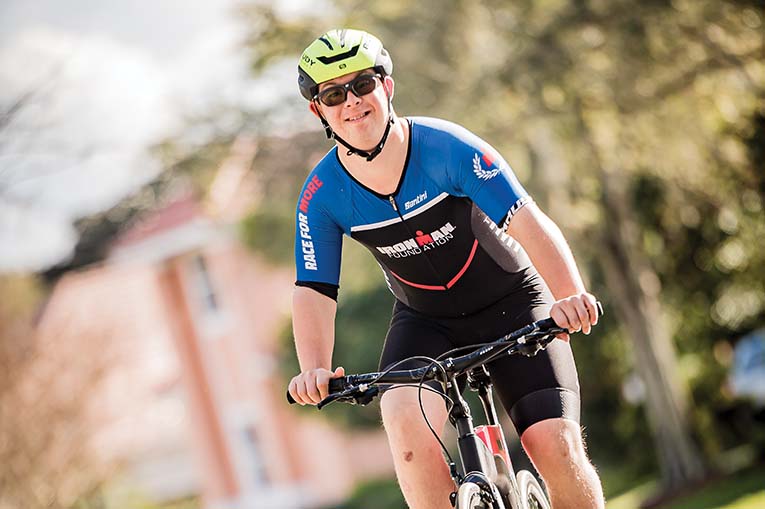 Chris Nikic continues to train on his bike. (ROBERTO GONZALEZ)

Chris’ father knew change had to be measurable but incremental. “My dad came up with this philosophy of getting 1 percent better every day. He uses it as a vehicle to get smarter and faster,” Chris says.

Before long, Chris was doing as many as 200 pushups, squats and sit-ups, plus hours of daily endurance training. There was no place for excuses.

As he struggled through the bike ride, working through pain after falling into a fire ant mound, “my dad came over and said, ‘Son, your house is right there.’ ”

Chris saw it. His dream in view, he pressed on, just as he plans to press on in October for the World Championships in Kona, Hawaii, and for the 2022 Special Olympics USA Games in Orlando.

So far, his efforts have resulted in paid speaking engagements, shoe endorsements, a car, and a book deal with HarperCollins publishing. Chris is determined to earn his keep and continue kicking excuses to the curb.

But all the financial perks pale in comparison to the bigger picture. “The fact that he can work, be part of a community, and that he’s healthy are the greatest gifts,” his dad says.

This article appears in the June 2021 issue of Orlando Magazine.
Categories: News and Features, People
Tags: Chris Nikic, Down syndrome, Guinness World Records, Ironman, perseverance
Want to read the whole issue? Download and read this issue and others on Magzter.