Many members of a generation decide it’s time to ditch vanilla vacations in favor of challenging outdoor conquests.

It was Day 2 of our great Montana cycling trip. Earlier we had finished climbing the infamously steep Going-to-the-Sun Road in Glacier National Park and were setting up our tents in a campground outside the small town of St. Mary.

Steve Hoppes, a retired University of Oklahoma professor from Tulsa, looked at me, smiled wanly and said in a soft voice, “All those kids who rode by me today. It was like watching my youth pass.”

I could relate. The relentless 11-mile grind up to the Continental Divide and Logan Pass had taxed me like no other ride. I was drained and we had four more days of challenging routes ahead, including a so-called century, or 100-miler, over precipitous hill and dale. 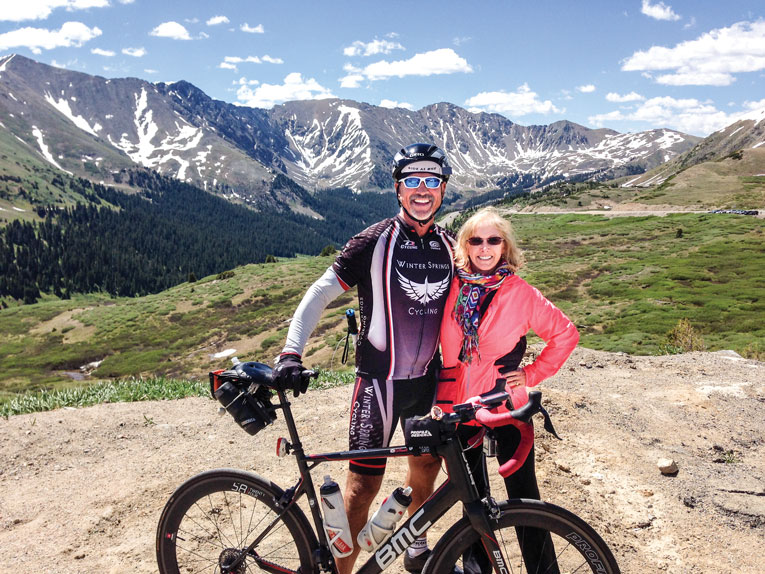 We had no one to blame but ourselves. We had volunteered for this outing, paid $2,000, in fact, to pedal nearly 400 miles from Glacier in the north of Montana to Yellowstone National Park in the south.

It was an adventure vacation, something members of the Baby Boomer generation are turning to increasingly as they approach the age when getting out of the Barcalounger to visit the bathroom is considered exercise.

Instead of going to the beach and sticking their toes in the sand for a week or lounging around the house and watching television during a staycation, people born during the years 1946-64 are climbing mountains, scuba diving, ziplining, rappelling and, yes, riding bicycles long distance.

If it’s out of the ordinary, chances are you might find a Boomer doing it along with the younger crowd.

Part of it is money and time, Carnahan said, as well as improved health care that allows Boomers to be more fit and daring.

“They’re traveling because they can,” she said. “It’s a luxury.”

Boomers are getting to and passing retirement age, meaning they are being freed from the restrictions of a 40-hour workweek. Often armed with a 401(k) retirement account, maybe a pension and Social Security, they have shepherded their kids through college and are empty nesters, freeing up cash.

And with their internal clocks ticking away, Boomers—at least the ones who are in shape physically and financially—are hitting the road and going for it.

Take Mary Ruth and John Houston, for example. The College Park couple started seeking out mountain peaks to climb five years ago, when they were celebrating their 25th wedding anniversary and Mary Ruth turned 50.

They were looking for something out of the ordinary and decided to tackle Mount Kilimanjaro, a dormant volcano in Tanzania that also happens to be the highest mountain in Africa, at more than 19,000 feet. Houston said she had long harbored the idea of mountain climbing, but had never expressed the notion before.

“It was just the most incredible feeling,” Houston said of reaching the Mount Kilimanjaro summit. “You want to repeat it. It’s addicting, I think.”

Since then, they have hiked the Inca Trail to Macchu Pichu; attempted to reach the top of Mount Hood in northern Oregon only to be stopped by a blizzard; climbed Mauna Kea in Hawaii; used ice axes and crampons to reach the top of Mount Elbrus in the Caucasus Mountains of Russia; gone up the Ecuador volcanoes of Illiniza Norte, Cotopaxi and Cayambe; and, last January went to Mexico for the Pico de Orizaba volcano, then hiked 70 miles during the summer on the Speyside Way in the Scottish Highlands.

“We felt we had to cram a lot of stuff in because we had such a late start,” said Houston, an attorney. Her husband, 56, is a Rollins College professor.

They are thinking of trekking next to Nepal to climb to the base camp of Mount Everest, or maybe going to the top of Mont Blanc in the Alps.

“There’s a lot of possibilities out there,” she said. “There’s just a lot of places to go.”

Ed Bennett has been going to extremes since retiring from the Seminole County Fire Department eight years ago. In 2014, he rode his bike from Oakland, California, to Amelia Island with six others to raise money for Hope for the Warriors, a national nonprofit group.

Bennett, 58, rides 12,000 miles annually, which for the mathematically challenged is about 230 miles a week. But he does more than spend time on a skinny bike saddle.

He has been traveling sections of the Appalachian Trail since he was a Boy Scout. Hiking a week at a time, he has covered about half of the 2,200-mile path that snakes from Georgia to Maine. An avid sailor, he charters boats with friends and family to spend a week or so sailing in the Caribbean.

His next outing will be hiking from the north rim of the Grand Canyon to the south rim, then back again, which represents a series of arduous climbs and descents, plus temperature extremes of hot and cold. 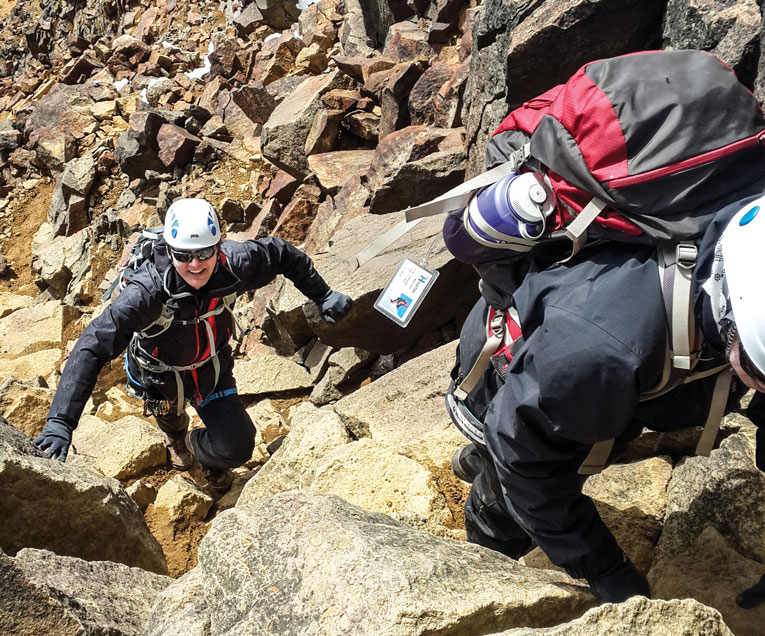 “Sitting on the beach doesn’t interest me. I’m up for all kinds of adventures,” said Bennett, who lives with his wife Julz in Geneva. Their three children are all launched.

As for me, I was looking for a bucket list outing to celebrate the fact that I had left my place of employment after 35 and a half years. So I signed up with the Cycling House of Missoula, Montana. Typically, I ride twice a week, but on mostly flat Central Florida terrain. I wanted different and challenging roads and figured pedaling up and flying down mountains would suffice.

Cycling House owner Owen Gue said roughly half the people who sign up for the 40-week-long excursions he schedules each year are Baby Boomers. He runs trips in Montana, Tucson, Arizona, Italy and Spain.

“They’re passing up golf,” he said, “and they are jumping on the bike… They are looking for the adventure and the experience.”

Boomers, he said, usually are in good condition, often more fit than their younger counterparts, in part because they are past the child-rearing stage and have more time to ride.

The Glacier to Yellowstone outing I was on was a bit of an anomaly because only four of the 26 riders were Boomers. Gue was not sure why the group skewed young, with most in their 30s to late 40s. That made me, at 62, the second-oldest rider. Hoppes, who is 65, was my only elder.

It did not take us long to realize we were in the minority.

“I wanted to keep up, but I couldn’t,” Hoppes said after the final ride into West Yellowstone. “It just wasn’t going to happen.”

But, Hoppes said, he adjusted as the miles rolled by, sometimes with him riding solo through the plains, foothills or the Rocky Mountains.

“I’m not young anymore and I need to accept it, learn to be okay with it,” he said. “At the end of the week I was okay with it.”

Riding in the back of the pack or even behind it, Hoppes said, is a small price to pay for staying in the fight
and struggling up a 7 percent grade of road, perverse as that may sound.

“There’s this increasing understanding,” he said, “that it’s not going to last forever. If it’s important, now is the time to put it in motion.”