Bob Opsahl: This Just In…

Former TV anchor Bob Opsahl misses the bustle of news but is learning to enjoy retirement. And, yes, the Channel 9 legend still looks like he’s drinking from the Fountain of Youth.

Bob Opsahl remembers the precise moment when he knew the door shut behind him and his new life lay ahead of him—and it wasn’t when he expected.

It wasn’t the day he signed off on a 38-year career as anchor and reporter at WFTV-Channel 9, when the station and his colleagues dedicated the news studio with a plaque etched with the words “Bob Opsahl Studio.” It wasn’t at a festive retirement party two weeks later, on June 11, 2016, which saw friends and former coworkers come from as far away as Hawaii. “A happy, joyous event,” Opsahl recalls, sitting on the back patio of his modest downtown Orlando home. “I went home that night feeling really great, just elated.” 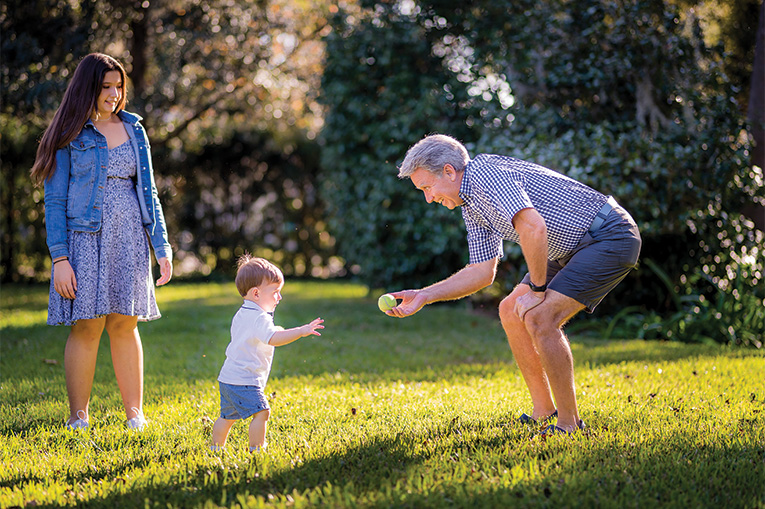 Instead, the precise moment came the following morning, while listening to contemporary Christian radio station Z88.3 FM. That’s when Opsahl became acutely aware that he was now a consumer of local news instead of a deliverer of it. And the news was bad. Horrific. A mass shooting had erupted at the local nightclub Pulse. Dozens were reported dead. Opsahl felt a sudden odd sensation of being out of place. Perhaps the biggest news story to ever hit Orlando was unfolding by the second and he was still in bed. He turned on his TV and imagined himself speaking from it instead of sitting silently in front of it. Heads were talking, but his wasn’t one of them.

“It was so strange,” he says. “I thought to myself, ‘I should go to the studio and help out.’ But then I remembered that they had [anchor] Greg Warmoth, and he’s so good at breaking news. I also knew I didn’t want to step on anyone’s toes in any way. So I sat there, watching TV, feeling so disoriented.”

Such is Opsahl’s adjustment to retirement.

There have been other moments in the past 20 months when he was keenly aware that he was out of the studio and thus out of sorts. He watched last September as Hurricane Irma blew through Central Florida, bending the trees and blowing debris outside his home, and it struck him that this was the first time he had ever seen the actual wrath of a hurricane instead of reporting on it from inside an insulated newsroom.

But as the days yield to weeks and then to months, Opsahl finds himself assimilating into his new life. He is 70 now, aging in a way that would have made Dick Clark envious. At a time in life when a man’s hair is turning both gray and loose, Opsahl’s neatly coiffed mane, which he still cuts himself by means of a Flowbee, has only the former, gently blending lighter hues into his once-dark locks. And where most people find their bodies paying the price for becoming a septuagenarian, Opsahl remains fit and trim, thanks in part to hitting the Downtown Orlando YMCA three times a week and occasionally enjoying a round of golf. “I’m playing more golf than I ever did,” he remarks, a twinkle easing into his eyes, “but I’m not getting any better.” He also played tennis often after his retirement, but his playing partner, former Orlando Sentinel journalist Harry Wessel, recently moved to Colorado to be closer to his grandkids. “Can you imagine him doing that to me?” Opsahl says with a smile.

Otherwise his days are filled with leisure time—perhaps too much leisure time. Sometimes Opsahl catches himself having watched two or three hours of mindless TV. “And I want to slap myself when I do,” he says. “The same thing happens when I get on the computer. That’s why I don’t like to do Facebook, because before I know it, two hours goes by and I haven’t accomplished anything. I’m the type of person who feels like I should be doing something productive. And at this end of my life I find that time is much more valuable to me than it used to be. But I’ve not been real good at filling my time with productive endeavors.”

Not that Opsahl has been entirely idle. He has had time to do a lot of mini-projects around his home, which was built in 1939 in the historical Colonialtown South neighborhood. His garage houses a 1973 MG Midget that he has owned for decades. It’s in need of rebuilding, which Opsahl hopes to get to soon. His parents, both in their 90s, live in the nearby Ventura subdivision, and although they’re self-sufficient and in good health, they do occasionally need their son’s assistance. Opsahl has three children, one biological and two adopted as a result of his popular “Wednesday’s Child” segment about foster kids. They all live nearby, as do his grandchildren—his retirement affording him more time to spend with them as well as with a woman he has been dating for several years. He also recently took a vacation to the country of his roots, Norway, with family and a family friend. 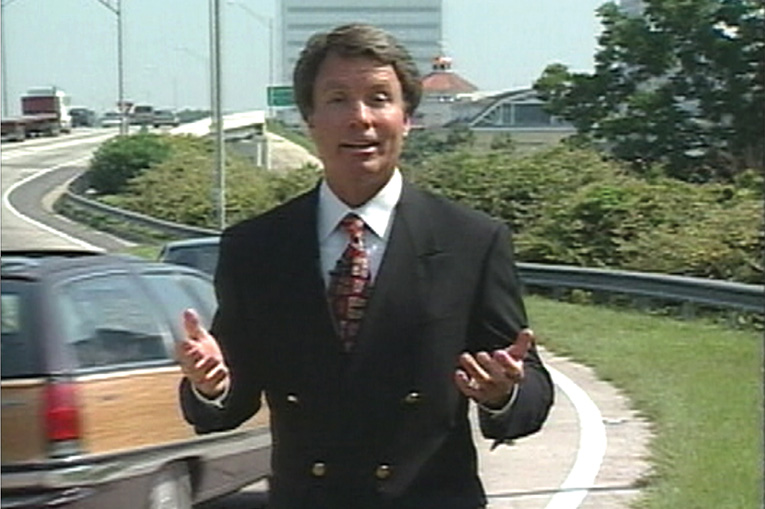 Opsahl was a reporter before moving into the anchor’s chair. He spent 38 years with WFTV-Channel 9. (COURTESY CHANNEL 9 NEWS)

But still he feels a void, a hole that only a TV newsroom can fill.

“I really miss the people I worked with, people like [co-anchor] Martie Salt and Greg Warmoth, interesting, smart people who are stimulating to be around. I miss copy editing, taking a news event and delivering it with an economy of words on live TV, especially when you’re covering breaking news and you get that adrenaline rush. I miss having to think fast, having to ad lib during those live moments. It’s hard to duplicate all of that in retirement—the people you worked with and the environment you were in. It’s a big hole in my life.”

Opsahl knows, though, that it is also a part of life. Time moves on, especially in the fickle news anchor business. That he endured in one market for almost 40 years was a testament to his durability, sure, but also to his likability. He’s reminded of that often, when people recognize him when he is out and about and they tell him how much they miss seeing him on TV. Whenever he hears those sentiments he finds himself thinking of Ben Aycrigg, who back in the day was dubbed the Walter Cronkite of Central Florida news. Aycrigg logged 35 years at WKMG-Channel 6 before retiring at age 70 in 1996. “I know that as a viewer I missed Ben Aycrigg when he retired,” Opsahl says. “So I get it. I understand where people are coming from. For 38 years I was coming into their homes.”

He also knows that with people like Warmoth and Salt, Channel 9 news, as well as all of Central Florida news, is in more than capable hands. Still, he catches himself behaving like a normal viewer, flipping from station to station when he watches the news. “I find myself mentally critiquing people,” he says. “There are times when I say, ‘Oh my gosh, what are you doing? Why are you doing that and why are you saying that?’ ”

And, of course, it’s only natural that he occasionally imagines himself being back in the studio. In fact, he dreams about it. But those dreams are nightmares, often the same nightmares he used to have when he sat in the anchor’s chair. In those nightmares, three scenarios keep reoccurring: 1) he’s at a remote location as a reporter and can’t get back to the station in time, 2) the teleprompter isn’t working and someone gives him handwritten notes that he can’t read, 3) he realizes just as he’s going on air that he’s not wearing a shirt.

“The panic I feel is horrible and it really is a nightmare,” he says.

There is one thing, though, from all his years as a news anchor that he does not wish to revisit. “I do not miss delivering bad news,” he says. “I used to carry it home and the news through the years has definitely gotten worse. It hit me sometime in the mid-’90s that it seemed like we used to report on a murder maybe once a month and now it was every day. Every day we were reporting on someone getting stabbed, killed, shot, robbed. I don’t miss having to tell people about those things.”

“And then there was that worst one of all, that morning when I woke up and heard that we had a mass murder at a nightclub.”