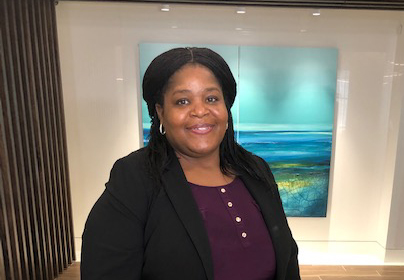 Attorney LaShawnda Jackson is the first Black president in the 87-year history of the Orange County Bar Association. A member of the association’s executive council since 2012, she has also served as president of the Paul C. Perkins Bar Association and the Virgil Hawkins Florida Chapter of the National Bar Association.

LaShawnda Jackson believes changing our society begins with reaching our youth. “I grew up most of my childhood in the projects,” the Titusville native says. “Nobody had a career. Nobody had a plan. Probably the only professional [minority] people I knew growing up were three black teachers.” Then her eyes were opened to more opportunities. “In high school, I had a teacher whose husband worked at Kennedy Space Center. He was an engineer. He took me to work with him one day, and he introduced me to three black scientists. It was an awakening that there were other possibilities out there for me.”

Jackson now tries to inspire and motivate youth to forge new paths for their futures. She volunteers with the Junior League of Greater Orlando’s Mentoring Adolescent Girls to Inspire Change (MAGIC) program and participates in street law programs with local high school students. “The street law program is designed to be a pipeline for youth, especially underprivileged youth, who may not know about opportunities.” She helps students recognize they could work in a legal profession without becoming a lawyer. “A lot of the kids are so excited when we get done with that. They think about their careers and their paths, and they start planning for them. That’s what I want to instill in them. That’s what motivates me to try to motivate them.”

Jackson encourages other black professionals to encourage and mentor youth. “I just think any interaction with children can help. Sometimes it’s just being there. If I can just touch one to help them make a small change in their lives that puts them in the right direction, I’m satisfied with the work I’m doing.”