Local African American leaders share their hearts on what’s broken in our nation and how to fix it. 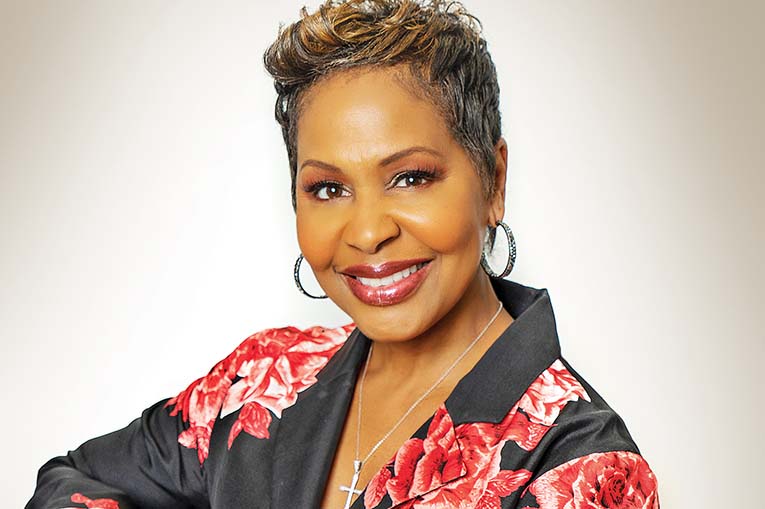 Secily Wilson: “We have to agree to disagree in a healthy, respectful and loving way.” (COURTESY SECILY WILSON)

“ . . . one nation under God, indivisible, with liberty and justice for all.” These are the closing words of our nation’s Pledge of Allegiance. But the actions of some have voided the words for many. Most of us know how we got here. But many of us struggle to find a way to move forward. Perhaps it begins with listening. As African American writer and playwright James Baldwin said, “Not everything that is faced can be changed, but nothing can be changed until it is faced.” Orlando magazine is sharing the viewpoints of local black leaders in hopes that by listening, our community and our nation can find a way forward in which we truly have unity, liberty and justice for all.

Wilson was sickened by the video documenting George Floyd’s death, amid other recent demonstrations of racism. “Enough! Enough! It’s enough!” Wilson sobbed in a recent Facebook Live video that drew thousands of views. “I was just emotional,” says Wilson, whose nonprofit helps bring transformation to women facing adversity. “I just wanted something to stop because I got overwhelmed knowing this [racial tension] is a part of our lives right now, and it’s just too much. I’m scared of what’s going to happen, because black people are fed up.” But she sees a possible upside to the strife: “I think this is going to create a space for conversation, for dialogue. Whatever it is, whether we agree or don’t agree, we have to agree to talk about it, bottom line. We’ve got to have a conversation, but let’s not spew hatred. Let’s not spew our political agendas. Let’s just talk human to human. Let’s have a conversation. We can agree to disagree. We don’t have to agree at the end of the day. But we have to agree to disagree in a healthy, respectful and loving way.” Each of us can make a difference, Wilson says, if we “use our voice to spread the message of fairness.’’ 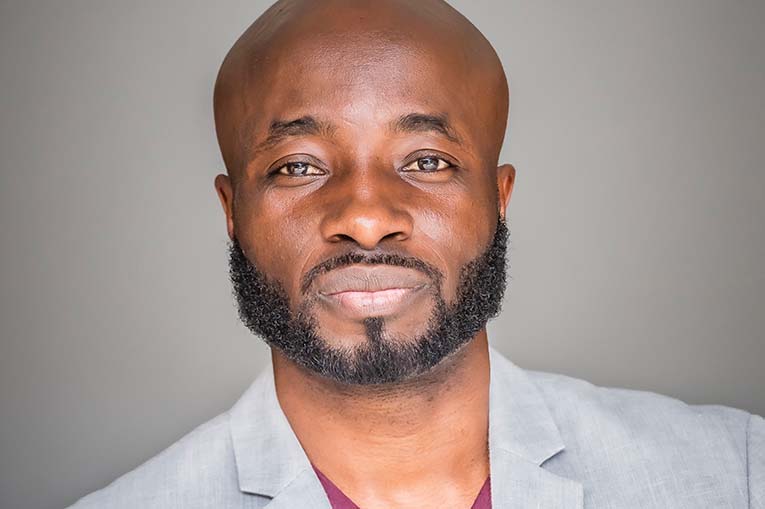 Several years ago, Williams was driving home from work with his newborn daughter in the back seat when he got pulled over by two Orlando Police officers. He was traumatized by seeing “guns 6 inches from my face,” all because he had turned right too quickly at a traffic signal. “It’s not like Orlando is the exclusion to the rule. Everything that happens around the country happens here,” he says. “But we’re so concerned about keeping the veneer of Orlando as a tourist attraction and Orlando as a wonderful place to live, which it is, but beauty doesn’t mean it doesn’t have scars. That’s what you see in Orlando with these protests.” He decries the “lack of overall awareness” about episodes between local black residents and law enforcement “because it gets swept under the rug or it doesn’t get as much coverage in local news. Nobody wants to scream into the wind.” Lasting change will require “a coalition of voices to really get attention. That’s what you’re seeing, and that’s what’s important . . . Otherwise one group gets isolated, and it’s hard to produce change when the entire engine of the American consciousness is not operating in the same direction.” 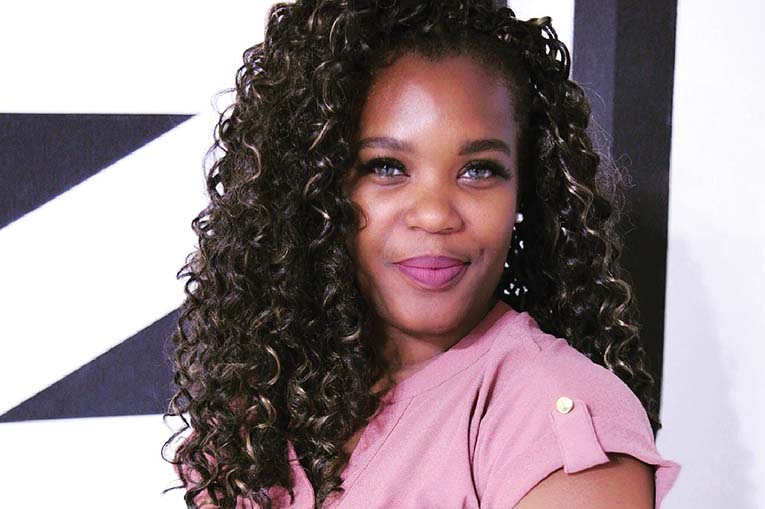 Sisson calls the racial unrest in our nation “a modern-day civil rights movement” in which “our voices are being heard in the way we’ve been fighting for them to be heard for a while.” Colin Kaepernick’s attempt to draw attention to inequality by taking a knee didn’t achieve its goal. “That peaceful knee was not loud enough. Now you have a group of people who are screaming. They’re upset. They want to be heard.” The goal is simple. “We’re not acting to eradicate racism. We know that’s not going to happen in the next couple of weeks. But stricter policies can be enforced to identify these people who have prejudices and hold them accountable.” It’s not a social media movement, she says. It’s about true change. “When the dust settles, when the riots stop, everyone looks away, the cameras are turned off, and we go to the next news cycle, who’s going to be standing with us? Those are the true allies. It’s not the keyboard warriors who are trying to grab their two, three, four or five minutes of fame and get the great picture of them at a protest so they can show they did something,” 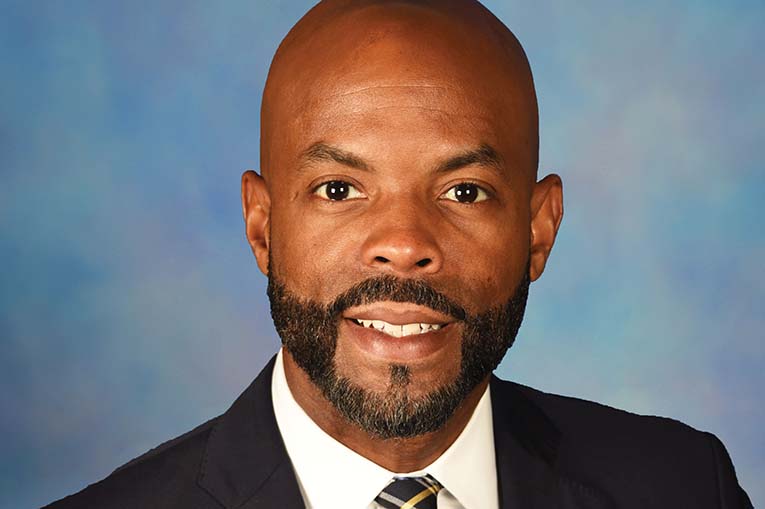 “We have a very compassionate community,” Burns says. It was in Orlando, after all, that “the biggest opportunities in my life were afforded to me by people who didn’t look like me.” But many other blacks don’t share his experience. “There’s still what they consider the good old boy network where, if you’re connected with those in power, you potentially have opportunity, and if you’re not, you may miss opportunities.” Burns says he hopes the fallout from George Floyd’s killing will bring “bold structural changes” that include affordable housing, jobs, wages and education. He called Orange County Sheriff John Mina’s new policy—which requires officers to intervene when excessive force is used—a positive step. “There also needs to be concerted and intentional efforts to recruit police officers from minority communities”—blacks, Latinos and other minorities—”so you have a police force that’s more reflective of the communities they’re serving.” He also proposes incentivizing officers to live in the communities they serve. “When you do that, you see individuals as neighbors, and they’re less of a threat.” By being more proactive, we can “build up a community and prevent negative interactions between the minority community and the police.” 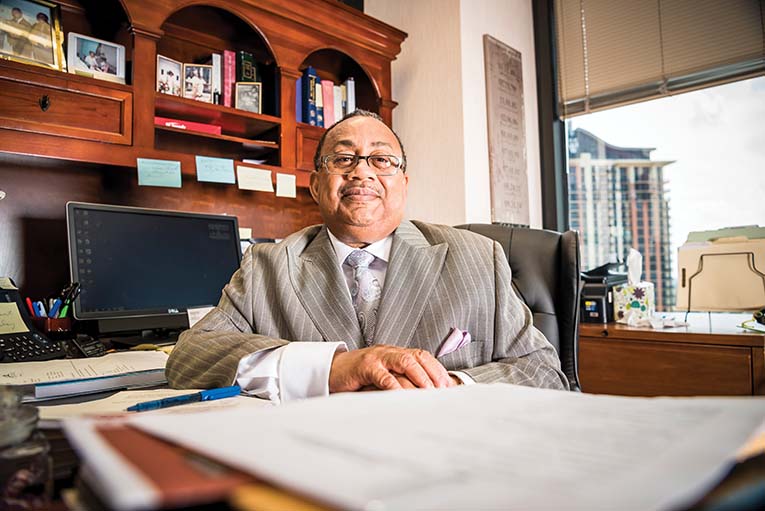 “I don’t want to be judged simply by the color of my skin. I also want to talk about not prejudging other people in our society,” says Perry, the son of one of Orlando’s first two African American police officers. What our society needs, he says, is honesty and empathy. “One of the things I’ve been stressing for the last couple of years is that we’re all one community. We all look at things through different lenses, but it’s incumbent upon us now to step aside and walk in each other’s shoes to understand what each different segment feels. Only then can we have a realistic chance of building the type of community that we want to have.” Perry, who presided over the Casey Anthony trial, says, “What everyone wants is a criminal justice system that treats everyone fairly in which we don’t profile citizens. We don’t profile law enforcement. Everyone is held accountable by the standard of the law. The conversation begins by calling the major players to the table” —members of the community and law enforcement. Once we begin to “look through one prism,” he says, “we’re all better and safer.’’ 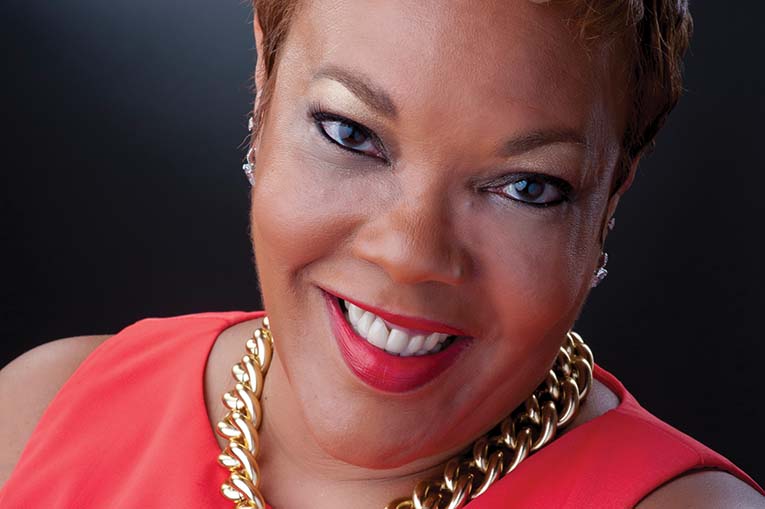 Monica May (COURTESY MONICA MAY)

Monica May, president of Monica May Communications and founder of Let’s Spill the Tea nonprofit

Communication is the lifeblood of May, a 41-year radio veteran heard until recently on STAR 94.5 FM and the founder of a nonprofit aimed at opening dialogue between mothers and daughters. So it’s not surprising she believes communication is key to our nation’s healing. “I think we begin at a kitchen table. In the black family, the kitchen is where a lot of major decisions are made, business decisions are hashed out, reprimand is made, social justice is spoken about, laughter is made, hair is done and styled. In those moments, a lot of listening is done.” However, right now no one is listening “because everyone is in such a rush to have the right answer.” With economic and health stressors resulting from the pandemic, the black community is “like a powder keg,” she says. She wants to see key players such as Orange County Mayor Jerry Demings, Orlando Mayor Buddy Dyer and faith leaders meet for a coffee klatch with several families and be “willing to sit back and listen as families hurl information at them about what changes they would like to see and why they would like to see them.” 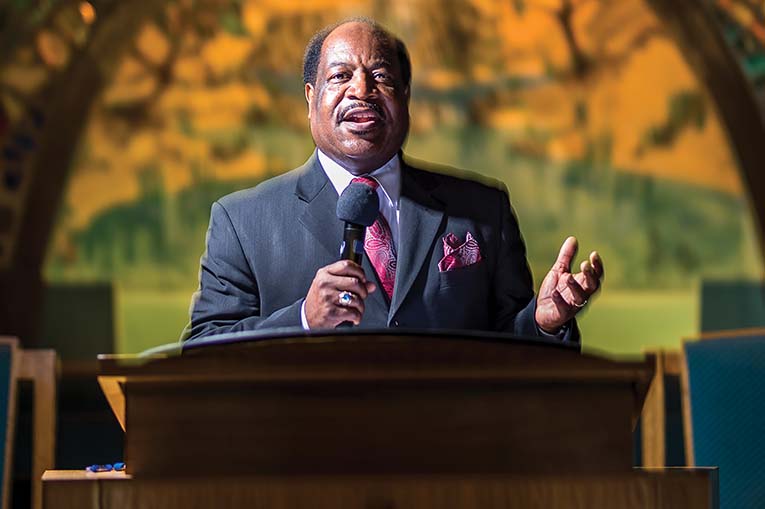 Williams says our nation has a heart problem: “What we’re seeing is a lack of respect for one another. At the end of the day, there’s only so much you can legislate. The rest of it is traceable to our relationship to God. If we never get the vertical relationship right, we’ll never get our horizontal relationships right.” The former longtime engineer at Lockheed Martin says black baby boomers “were able to do what we did by working twice as hard as our colleagues.” Armed with camera phones and social media, the younger generation largely behind recent protests is “sending a message that . . . they probably won’t tolerate it the way the baby boomers did.” Williams cites Old Testament passage 2 Chronicles 7:14: “If My people, who are called by My name, will humble themselves and pray and seek My face and turn from their wicked ways, then I will hear from heaven, and I will forgive their sin and will heal their land.” Our nation needs healing, he says. “We all agree we want to be healed, but we have our part to do. If we do our part, God will forgive and heal according to His will.”

Scroll Through Orlando's Murals By District