There are treasures to be found all over Central Florida—and here’s your exclusive map to some great finds. Our annual Best of ORL list is based entirely on reader picks in dozens of categories. Plus check out our snapshot profiles of selected winners.

Derrick Williams had a long and successful engineering career at Lockheed Martin. But in 2005, he felt led to take on a second career: helping to shepherd the 500-member flock of Parramore’s Shiloh Baptist Church. In 2012, he took over as senior pastor while continuing his career, retiring from Lockheed in 2017. “My primary mission is to lead and feed the congregation and the community,” Williams says. “To live by example becomes a must in ministry to God’s people.” The husband and father of two says he encourages his congregants to use their gifts to make a difference in the lives of others. He also hopes to bridge generational gaps so many can come to know God. “If it’s God’s will, my legacy would be, ‘He pastored at a place where God allowed peace at a time where all generations were able to come and hear and learn of Him,’” Williams says. “We’re living in a time when people are hurting others and hurting themselves. I believe it traces to a lack of a relationship with God.” — C.H. 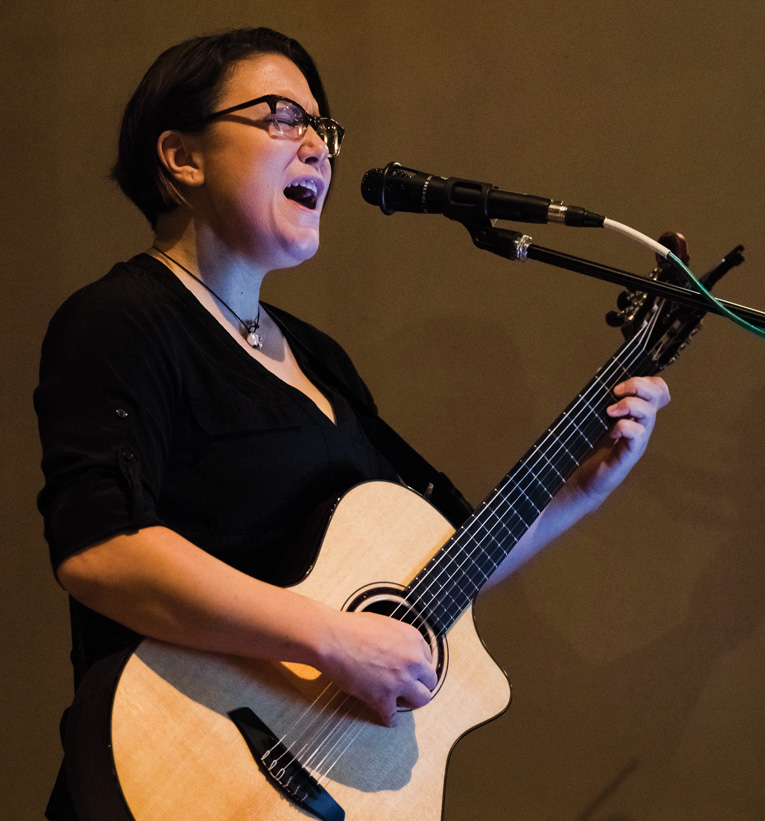 Music to Live By

​In 2017, musician and longtime Mount Dora resident Nicole Equerme received an email asking if she would like to perform a solo show at the Dr. Phillips Center for the Performing Arts. “I literally just hid beneath the covers” after reading it, she recalls. “It was too much.” She took the stage in November, three years after releasing her first album, “I,” and just two years after pursuing music full-time. Compared vocally to Norah Jones, the singer/brass and string player/audio-video technician draws upon a variety of instrumental influences including Chris Thile, Imogen Heap and Zoe Keating. And she’s getting noticed. “This year I’ve been gigging about six days a week on average,” she says. You can often see her performing at Disney Springs with the “bluegrassish” band Mighty Swell or as a solo act around Central Florida. “I have enough material to record 2 1/2 albums,” Equerme says. “But I’ve been so busy since I made music my profession. I’m hoping this year will be my year [to record again].” – C.H.