Star of “Beautiful: The Carole King Musical,” National Tour, Sara King talks about her career, shares insider tips for being on the road, and the story of her “Beautiful” journey. 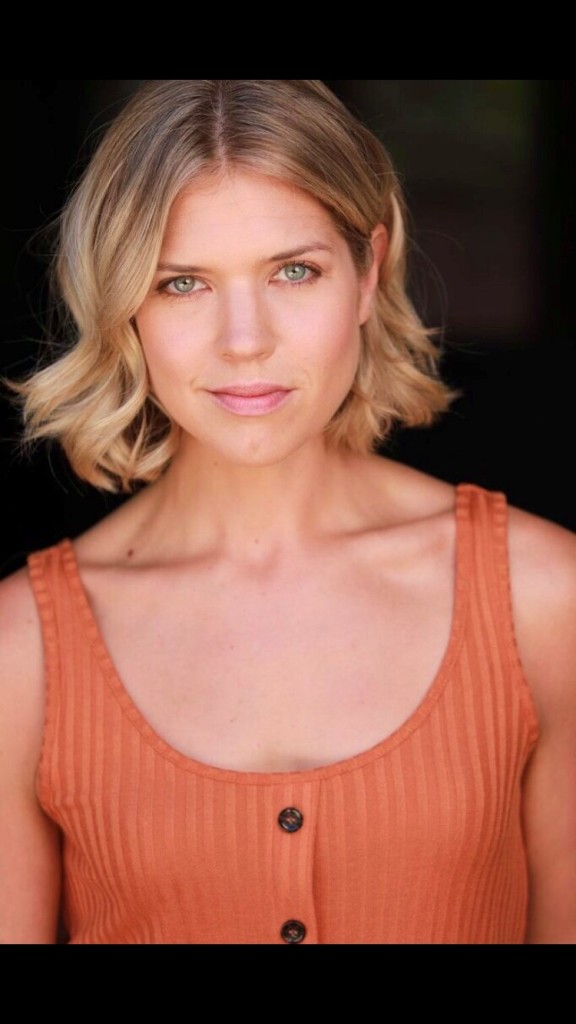 FAIRWINDS Broadway in Orlando presents “Beautiful: The Carole King Musical” at Dr. Phillips Center for the Performing Arts, Walt Disney Theater, May 13 through 15.

“Beautiful” tells the true story of Carole King’s remarkable rise to stardom, from being part of a hit songwriting team with her husband Gerry Goffin to her relationship with fellow writers and best friends Cynthia Weil and Barry Mann to becoming one of the most successful solo acts in popular music history. Along the way, she made more than beautiful music; she wrote the soundtrack to a generation.

The Tony and Grammy Award-winning musical features an array of beloved songs written by Gerry Goffin/Carole King, and Barry Mann/Cynthia Weil. Audience members will rock along to classics like “I Feel the Earth Move,” “One Fine Day,” “(You Make Me Feel Like) A Natural Woman,” “You’ve Got A Friend,” and the title song, “Beautiful.”

Orlando Magazine spoke with Sara King (no relation), currently starring as Carole King’s best friend, Cynthia Weil. Ms. King chats about her career, the joys, and challenges of life on the road, and the importance of being authentic.

As an original Broadway cast member of “Beautiful,” how does it feel to be on the road with this show, especially coming out of the pandemic?

You know, I’m so grateful every single day. I was in LA, doing my own thing, answering emails at 10:00 a.m. I got a call from my theater agent saying, “Hi, we have a job offer for you.” And I said, “Well, that’s very interesting because I don’t audition for theater anymore, so what is it?”

The selling point was that one of my very best friends from the original company, Sara Sheperd, who plays Carole King, was going out on the road with me. I didn’t know who was playing Carole when I got the offer. When I found out that Sara was playing Carole and that we would get to play best friends nightly, I knew this would be a great experience and a neat way to tie the bow in the package; going out and doing this show that I helped create on Broadway, gosh, eight years ago! 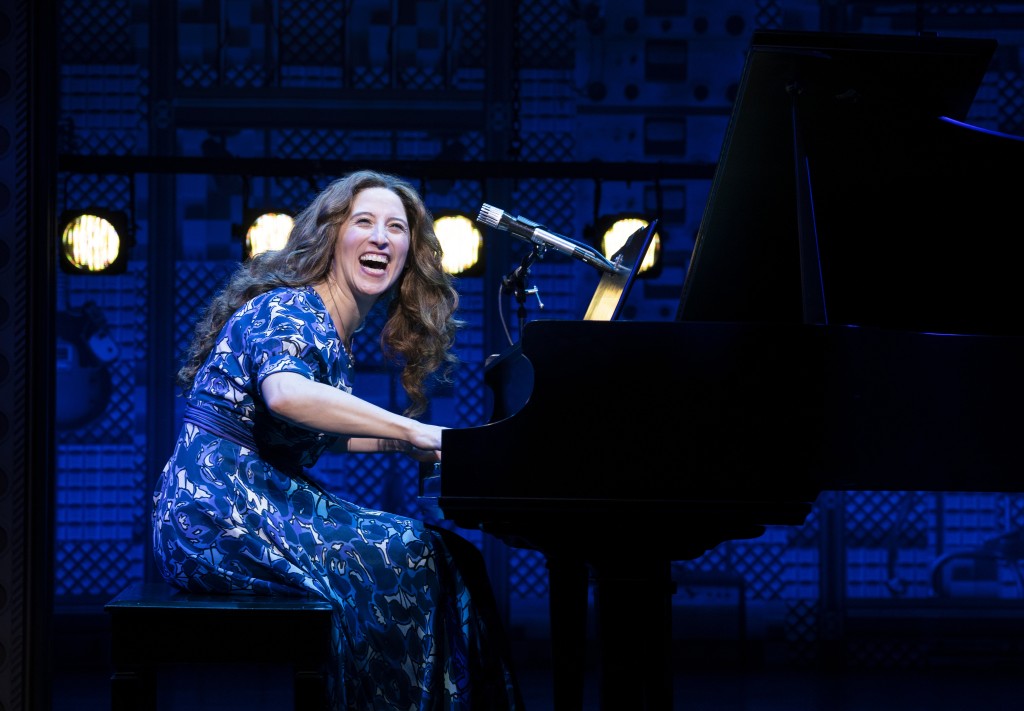 The show is about Carole King and her journey, yet the story centers on the two couples, their competition, and their friendship. What is it like to play that out on stage every night with someone who is your close friend?

Working with Sara Sheperd as my best friend along with my partner in the show, Barry Mann, played by Ryan Farnsworth, is a joy. We have such a great relationship and rapport, and our chemistry on stage is so easy. It was that way from the jump.

Honestly, people have said this before, but if you do what you love, you don’t work a day in your life. Of course, travel days are super long, and sometimes we’re on a bus right at 8 a.m., and we’re pulling in at 4:00 p.m. for a show at 7:30, and your head’s spinning. You wonder, how am I going to get this together? And some venues are not entirely up to snuff, as you would hope. 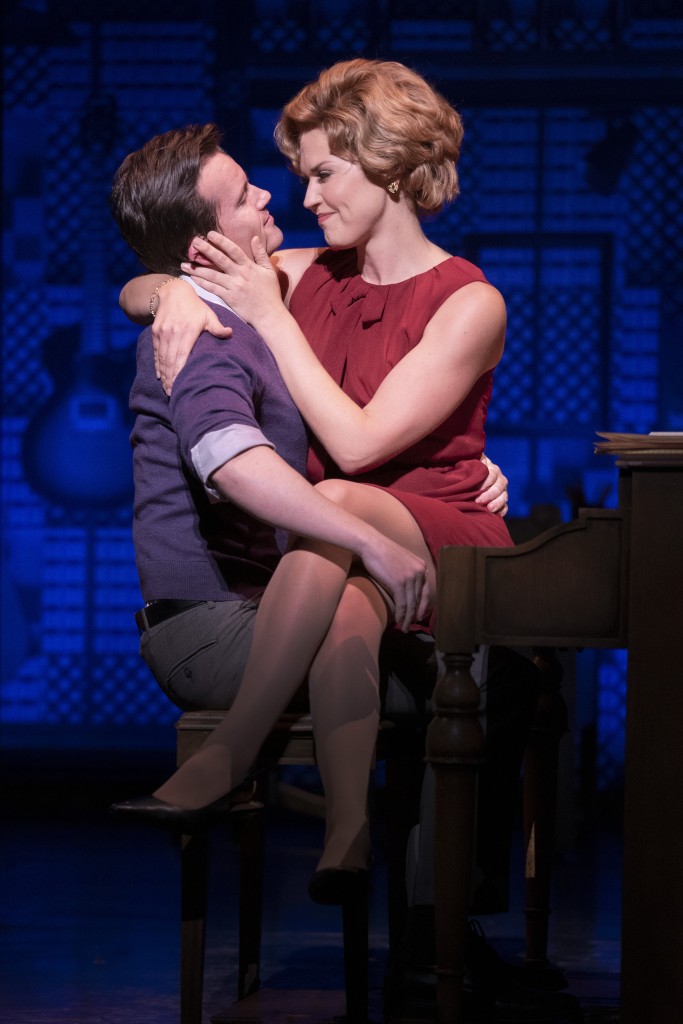 I’m sure it’s a challenge to be adaptable to each theatrical venue. What have been some of your travel highlights?

We played Honolulu, HI, which was an absolute dream and gift! I’m so looking forward to returning to Orlando. It’s such a beautiful, gigantic space. I played there at least one other time. I was in ‘Hair: The American Tribal Love-Rock Musical’ in 2010 or 2011.”

I would say always do your research before arriving in a city. Just get the lay of the land.

The second tip is don’t over pack. You want to put everything in your bag, but when you’re on tour, you wear the same pair of sweatpants when you get on the bus or the plane. You’re going to the theater and getting on airplanes and buses, so pack light.

And how do you make it feel more like home when you’re on the road?

I always make sure I get a good workout. Working out is important for my brain, so I make sure that every day I’m moving my body in a way that feels good.

As far as the room, we bring little candles along or incense. Sara and I room together often just because, why the heck not? It’s like an adult sleepover every night. We get to be on stage all night, and then we come home and watch our shows together or catch up or take a nap.

What shows do you and Sara like to watch?

For someone in the industry, I’m so bad at watching TV. I’m always out running around, exploring, and doing yoga. But Sara got me hooked on “RuPaul’s Drag Race.” Now I’m a forever fan! 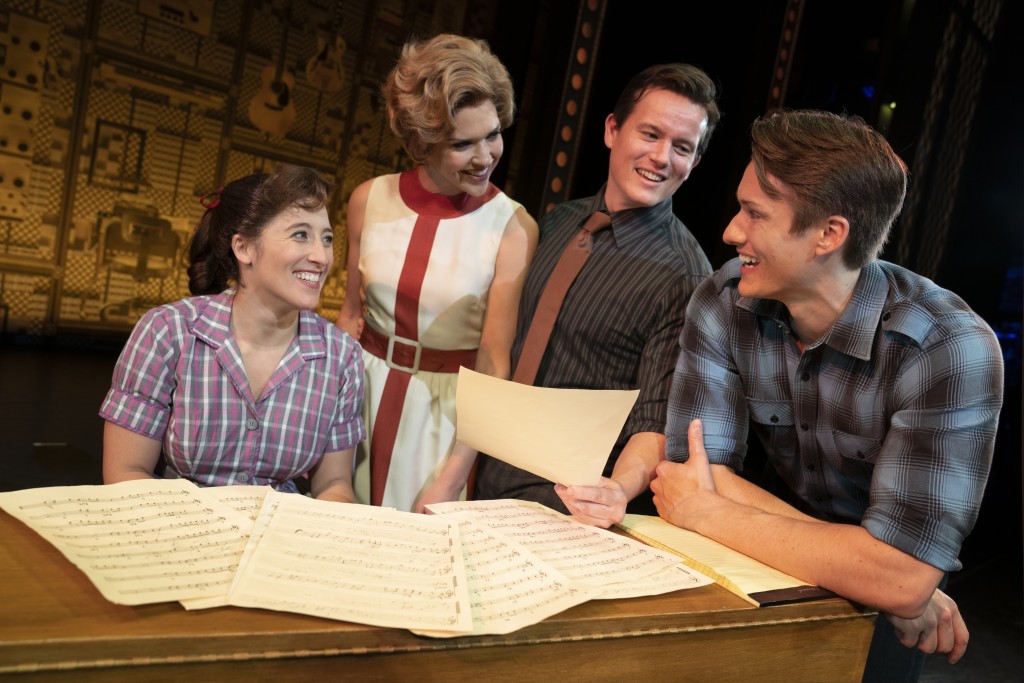 The cast of “Beautiful: The Carole King Musical.”

Do you have any advice for young actors who want to follow in your footsteps?

When you start, you’re going to hear so many more noes than yeses, but it only takes just one, and that one yes can propel you forward for years.

Take my own experience with the show, “Beautiful.” I was working in Sarasota for the summer and got a call from my agent that there was a new Carole King musical happening and that it would be a quick journey to Broadway. I flew to New York literally for just a few hours just to audition. By the time I landed back in Sarasota, they wanted me for the final callback. I flew back up there, and by the time I landed again, the job was mine.

Nothing is linear in this business. Some of these people who have big careers, Broadway stars, or people who have done incredible work, they have dry spells for a couple of years or months. The bottom line is to keep going.

Keep going, keep giving your love and energy to this thing you want to do, and you will be successful. It seems like a cliché, but it’s true that you always have your biggest breakthrough right when you want to give up.

When I was younger, first starting in New York, I would try to give the casting directors what I thought they’d want to see. The truth is, the more authentic you can be, the more you can bring yourself to an audition for a role. That’s what they ultimately want to see.

Now I ask myself, how can I bring myself to this role and be the most authentic version of this character? That gets you the job because people want to see a real human.

Tickets can be purchased by calling 407-839-0119 or online at drphillipscenter.org.

Categories: Art & Entertainment, Performing Arts
Tags: broadway, performing-arts
Want to read the whole issue? Download and read this issue and others on Magzter.