The Jupiter Inlet Lighthouse celebrates more than 160 years of lighting the way along Florida’s southern coast.

The area surrounding Jupiter Inlet may not bring to mind the classic, rocky coastlines that prove perilous to passing ships in dramatic novels. However, beyond the natural hill composed of shell and marine sand on which Jupiter Inlet Lighthouse serenely stands are submerged reefs and sandbars that have caused many a maritime catastrophe along the Florida shore. Originally commissioned in 1853, construction on the lighthouse was first delayed by storms that closed the inlet, and then by the outbreak of the Third Seminole War. However, once building began, progress was swift, and the beacon was officially lit on July 10, 1860.

This photo essay originally appeared in the Where Gold Coast GuestBook. 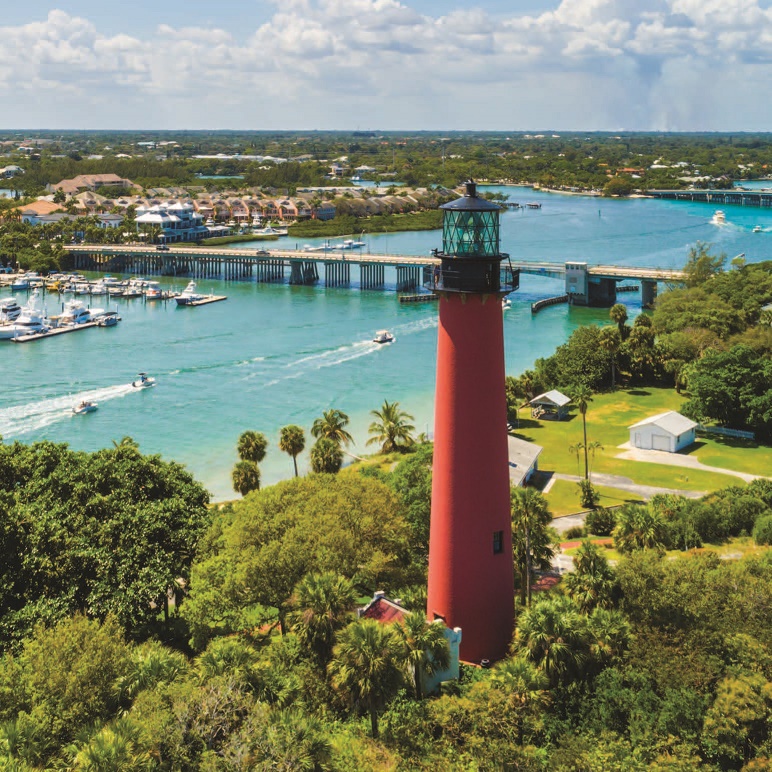 The Jupiter Inlet Lighthouse was placed on the National Register of Historic places in 1973. Operated by Loxahatchee River Historical Society, it has been open to the public for tours since 1994. (Jim Arbogast) 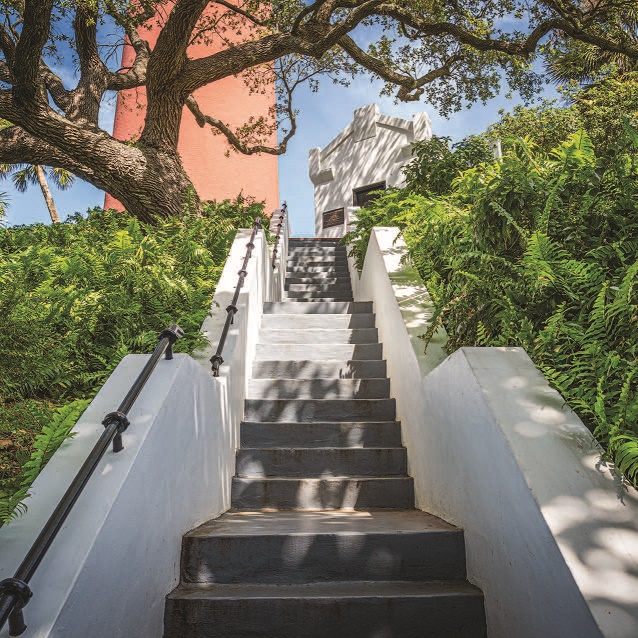 The lighthouse sits on a natural hill that is 48 feet above sea level. (Jim Arbogast) 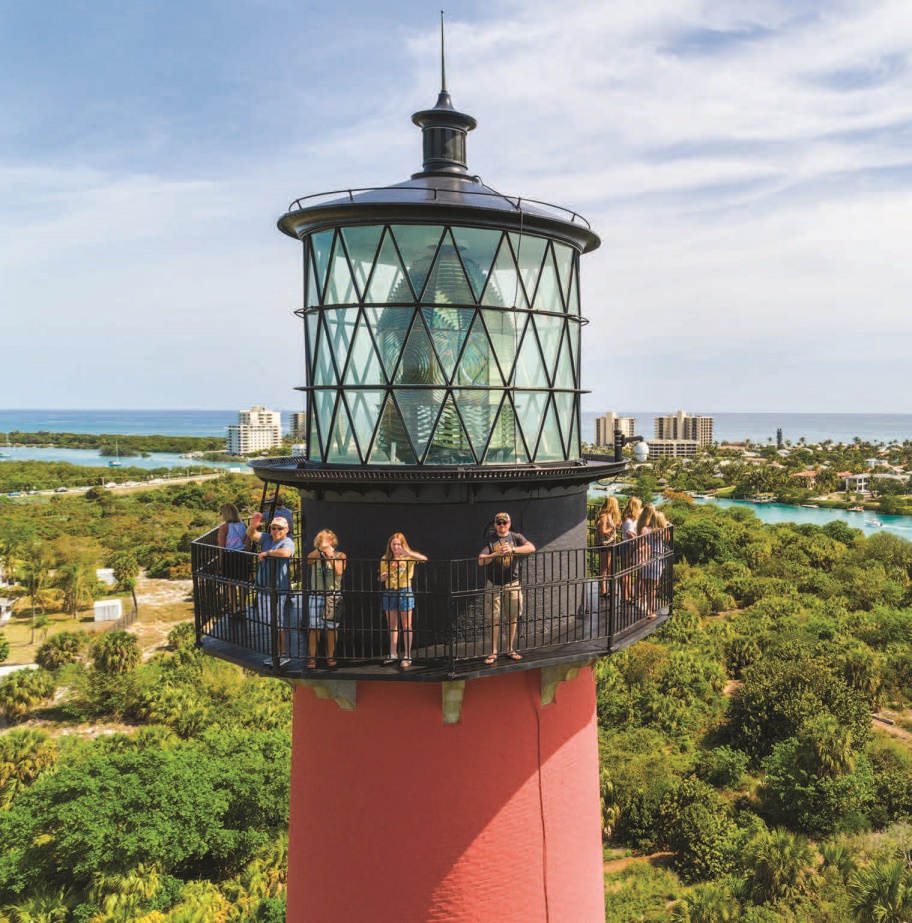 The first order Fresnel lens, reputed to be the oldest still in existence, has a range of 24 miles. (Jim Arbogast) 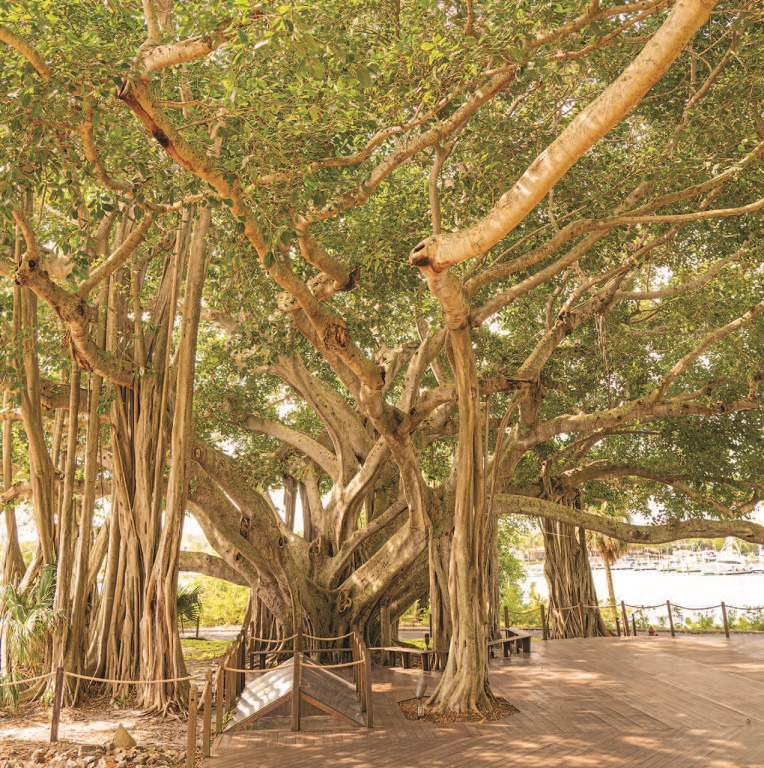 The deck around this 85 year old tree represents the location of the original keeper’s house. (Jim Arbogast) 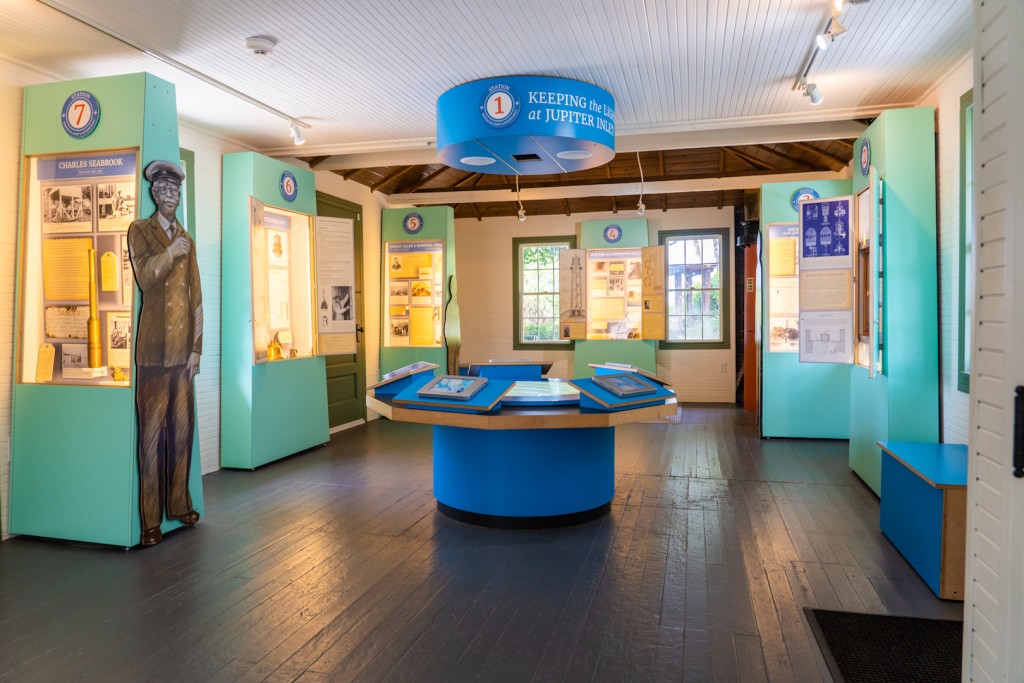 “Keeping the Light at Jupiter Inlet” offers a glimpse into the work of a lighthouse keeper. (Jim Arbogast) 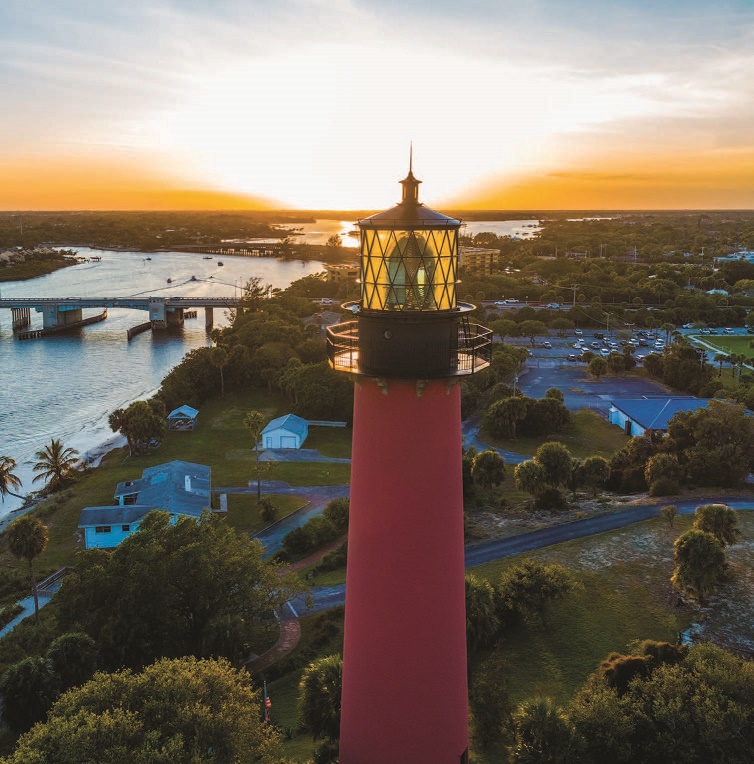 The top of the lighthouse offers some of the best views on The Gold Coast. (Jim Arbogast)

Categories: Destinations, Travel, Where Miami
Want to read the whole issue? Download and read this issue and others on Magzter.