Balm After the Storm

Call us captivated by a stellar 'La Mancha' at Shakespeare Theater and an intriguing art exhibit at OMA.

The arts can heal, and boy do we need it.

Problem is, the storm that afflicted the rest of us did the same to local arts organizations. In particular, Hurricane Irma’s before, during and after effects hobbled two excellent productions: one at Orlando Shakespeare Theater, the other at Orlando Museum of Art.

The good news is, both are can’t miss shows, and there’s no reason for you to do that—miss them—now that the storm has passed.

At the Shakes, there was just enough time to stage a sparsely attended opening night of its season-opener, Man of La Mancha, as the hurricane drew near. The next four shows had to be canceled because of the storm.  Now it’s up and running again, and with ticket sales still slow with folks fumbling around a bit, dealing with the cleanup, there are plenty of good seat to be had between now and the last performance on Oct. 8.

It’s the perfect pick-me-up, too, this ageless mid-‘60s affirmation about an indomitable dreamer and yarn-spinner who envisions himself as an embattled knight. It’s a quintessential musical confection with a theme tailor-made for the genre: It’s all just a dream, but if you don’t have one, what’s the point?

The cast of this production was stellar to start with, and pairing the challenge of the storm with the mystique of the show has bumped up their chemistry. Then there’s the sentimental factor. You’re going to want to say you saw Davis Gaines do this part. Gaines—who grew up in Orlando, went on to Broadway success, and now lives in Los Angeles—will forever be linked to the title role of The Phantom of the Opera. But you haven’t heard the way he talks about his dual role in Man of La Mancha as both the author of the tale and its adamantly idealistic protagonist, Don Quixote. Gaines says the part suits him like an old shoe. He knows whereof he speaks.

Across the park from the Shakes, the Orlando Museum of Art had storm-related problems of its own,  dealing with shipping snags and other distractions in pulling together an engaging, imaginative installation called Baggage Claims. The exhibit is based on a clever, deceptively simple, Why didn’t I think of that? premise: finding art that explores baggage, in both the literal and metaphorical sense.

Baggage Claims, on display until late December, is the brainchild of two freelance curators: Ginger Gregg Duggan, who lives in Central Florida, and Boston-based Judith Hoos Fox. They noticed several contemporary artists whose creations incorporated luggage and assembled an exhibition of 17 such works. Some incorporated "found" objects to evoke the tragedy of immigrants driven from their homelands. Others evoke the kind of baggage people have in mind when they talk about the neuroses people bring along for the ride in psychic segues from one relationship to another. 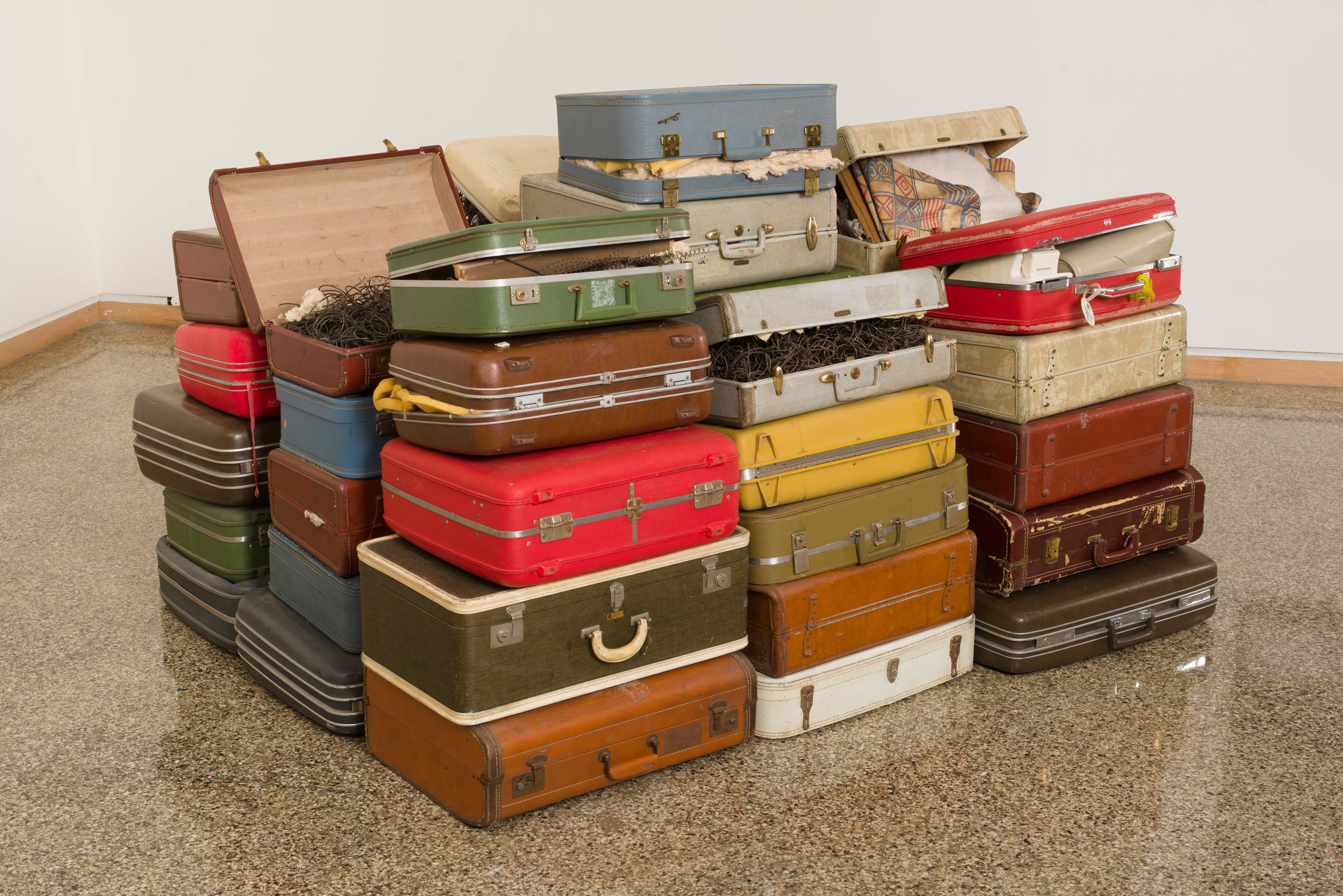 Ross, as the story goes, checked into a motel room under a false name and, with the help of an assistant, dismantled the room except for the plumbing and secretly carried its contents, including the furniture, out to his truck in the suitcases, then later sent an explanation and repayment for the damage to the hotel owner. The explanation: He, meaning Ross or the persona he adopted, did all this because he had broken up with a woman in that room and wanted to prove to her that he loved her in hopes of winning her back.

Good luck with that approach.

The Baggage Claims exhibit is paired with a separate exhibit, Virtual Views, which consists of nine mesmerizing digital works that incorporate computerized images, LEDs and LCDs.

Check out omart.org or orlandoshakes.org for information.