This planned community offers something for everyone. 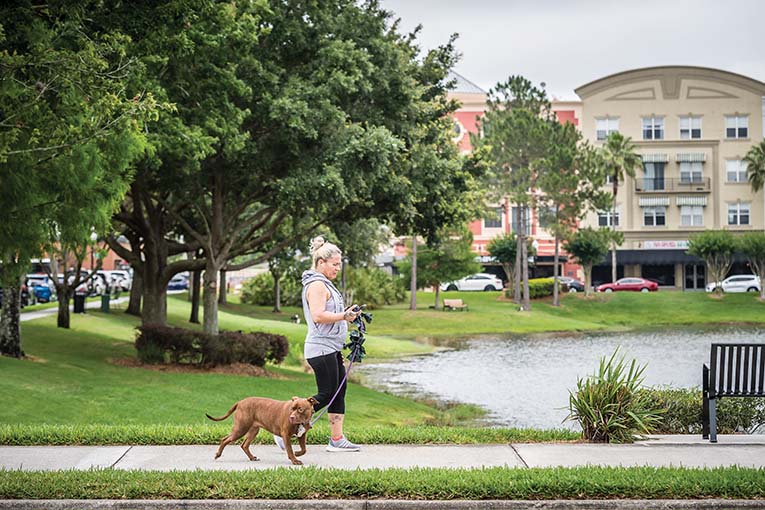 Imagine Mayberry meets Cheers: Tree-lined streets provide shade for people walking dogs, exercising, visiting restaurants and businesses or heading to work. Folks greet one another by first name, and smiles are in ample supply. But this is no sitcom. This is Avalon Park, an all-inclusive live-work-play community that epitomizes the New Urbanism movement.

The distinctive style, introduced locally in 1994 when development began in Celebration, evokes small-town America with its welcoming front porches, businesses and restaurants within a walkable distance, and public gathering areas.

“I come from a very small town in upstate New York outside Albany. That was something my husband and I were looking for—the camaraderie. Everything is here,” says longtime resident Peggy Wilson, a founding member of Avalon Park Jetsetters social group for 55-plus residents. Wilson recalls the community support she received after her quintuple bypass surgery: “People came out of the woodwork and were offering to do things for me.”

Development of the 1,860-acre neighborhood off South Alafaya Trail in Orlando began in 1998. Today, the community of 12,868 features 2,447 single-family homes, 1,168 multifamily homes and 90 businesses centered on a town square, dubbed Founders Square, that serves as a lively hub for community events. The Econlockhatchee River flanks the neighborhood, which boasts three parks, ballfields, community pools and 16 miles of trails. 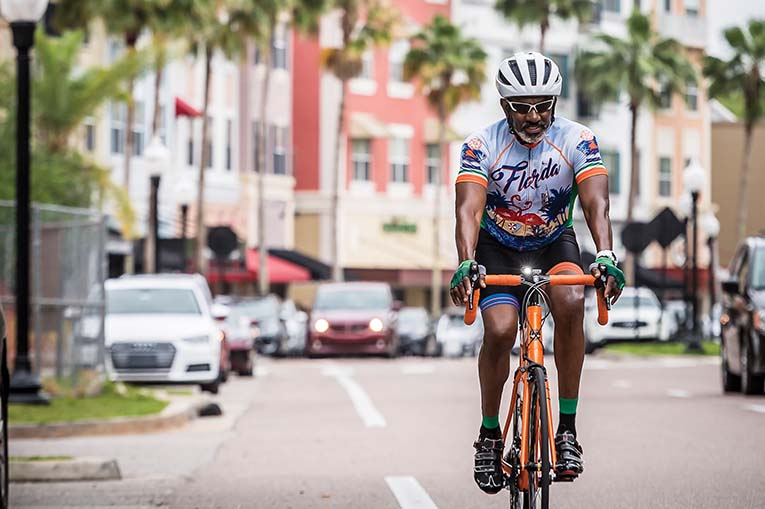 With its median resident age of 32, the neighborhood is a haven for young families. Its three public schools—Avalon Elementary, Avalon Middle and Timber Creek High—are all A-rated, and its downtown YMCA is home to Central Florida’s largest youth sports program, according to Stephanie Lerret, Avalon Park Group public relations and marketing director.

But retirees feel at home here as well. In 1999, Jim Collazo bought one of the community’s first homes. “I live right across the street from the fountain in Founders Square. I like being in the center of the action here,” he says, while eating breakfast with a friend at Nuno’s Café.

“There’s a significant number of people who were in that first group and who are still living here,” observes Lerret, who is also a townhome resident. “They’ve either stayed in their home or transitioned to a townhome or to a different type of housing. That’s the model for how the community builds,” she says.

Avalon Park’s median household income is $95,492, with home prices averaging $369,000. “There’s a housing type for any type of income,” Lerret continues. “If you graduate high school here and go to college, you move into an apartment. Then you graduate to a townhome. Then you go to a single-family home, and then move down. Eventually you move to senior-family housing.”

This year, construction will begin on Encore 55-Plus, a 400-unit multifamily development for seniors. A boutique hotel and Olympic-size swimming pool will be among the amenities shared with the existing Encore at Avalon Park Assisted Living and Memory Care Center, according to Lerret.

Everything in the entire community is within walking or short driving distance of the downtown business district with its shops, restaurants and businesses. To cater to the work-from-home crowd, the Innovation Center hosts The 5th Floor, which offers rentable meeting and workspaces. The downtown area has thrived during the pandemic, according to Lerret, as a result of so many people working from home and needing an outlet. 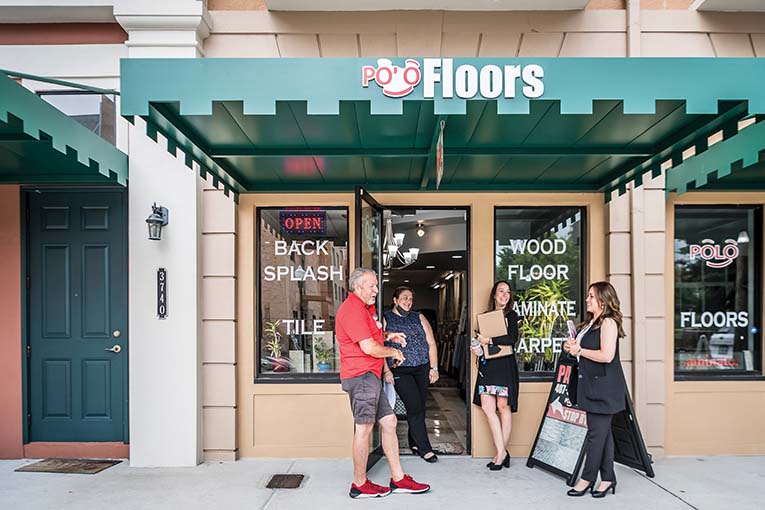 Business owner Te Hardy opened Chill Pop Lounge right before the pandemic and has enjoyed the support of both residents and fellow business owners. “All the business owners have gotten together and planned sidewalk events,” she says. “We send each other to one another’s restaurants. We got together and said, ‘We’re going to be successful by sticking together.’ And that’s what we’ve done,” she adds.

As people emerge from the pandemic, they seem to be seeking more of a sense of community, according to Millie Nieves-Brockmeyer, broker and owner of RE/MAX Innovation. “I think people want to see and be around other people. They want a family-oriented area.”

And according to Hardy, that’s what they will find in Avalon Park. “It’s like a Norman Rockwell world,” she says.

This article appears in the July 2021 issue of Orlando Magazine.
Categories: News and Features
Tags: avalon park, conway, doctor phillips, hot neighborhoods, Orlando
Want to read the whole issue? Download and read this issue and others on Magzter.