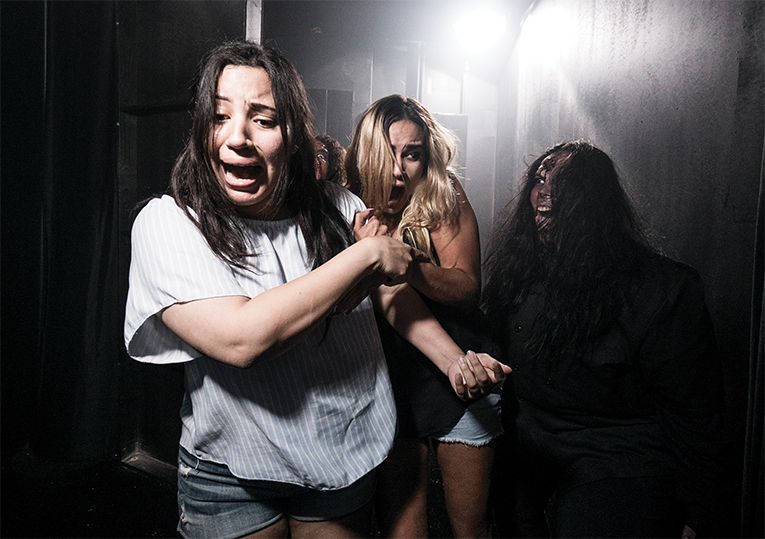 Downtown Orlando is already well known for its parties and celebrations. Not a weekend goes by where there isn’t a festival or celebration of some sort. But in October, Orlando pulls out all the stops so that you can experience the largest and spookiest party of the year.

Downtown Orlando is lavishly decorated and bustling with various activities for Halloween. Pub crawls, masquerade parties, and other fun events peak in the second half of October, and the Church Street Halloween Block Party is one of Orlando’s largest parties, which has been held for over 20 years. Attracting about 3,000 people, the party features the hottest DJs, and a costume contest with cash prizes.

On October 31st, the whole of downtown Orlando becomes flooded with partygoers and people in scary costumes. Loud music, people dancing and drinking right on the streets. Halloween is indeed one of the wildest nights, which is not for the faint of heart!

CityArts Orlando offers an original Halloween celebration with an artistic twist. For over 10 years, it has presented the annual Dia de Los Muertos and Monster Party, an exciting outdoor experience at 39 South Magnolia Avenue, featuring live performances, vendors, and a thrilling exhibit of art, inspired by Halloween and Dia de Los Muertos traditions. All art is created by local, national, and international artists. Food, drinks, and entertainment start at 5:30 p.m. and last through 11 p.m. rove.downtownartsdistrict.com

For the health-conscious who would like to skip consuming bags of candy and enjoy a good run, there is the Halloween Scare Run 5K Race followed by an after party. This year the run is held Sunday, October 30, 10 a.m. to 6 p.m. at Bill Frederick Park, 3401 South Hiawassee Rd. Orlando, FL. allevents.in/ocoee

Trick or Treat at the Wildest Place in town at Zoo Boo Bash; the perfect way for children and families to safely show off those Halloween costumes and trick-or-treat while enjoying the fun of the Zoo.

The Zoo will have plenty of not-so-scary decorations and activities, including trick-or-treat stations in a designated area to ensure social distancing. Costumes are encouraged for all guests. All activities are included with Zoo admission. Annual Pass Holders should note this is a blackout date but special discounted event admission for annual pass holders can be purchased for $5 per individual named on their valid annual pass card. Dates: October 22-23, 29, 30. Event time: 9:00 a.m. to 3:00 p.m. centralfloridazoo.org

The Symphony Storytime Series for young children features fun, family-friendly programs including a Halloween Fall program, an all-new Holly Jolly Sounds of the Season, the Louis Armstrong tribute “Just a Lucky So and So,” and “Peter Rabbit,” all at The Plaza Live. 407-770-0071 or boxoffice@orlandophil.org

“The FunikiJam Show: ROCK OR TREAT Halloween Fair” is a dance-along, sing-along, play-along Halloween musical for children (October 21-30, 2022). Put on your favorite costumes and join Captain Jam and the Agents of Jam at the Halloween Fair for Special Mission ROCK OR TREAT! Have FUN, JAM, and Celebrate Halloween Around the World! orlandorep.com

This article appears in the September 2022 issue of Orlando Magazine.
Categories: Arts and Events
Tags: Central Florida, events, halloween, October, Orlando
Want to read the whole issue? Download and read this issue and others on Magzter.