A chance encounter in a downtown restaurant and the wrong drink brought Ashley Lowry and Matt Brown together. Matt, 30, an account exectuive with Siemens Healthcare, was with friends when he noticed Ashley, 34, and tried to start up a conversation with her. She rebuffed him. But later that evening she reconsidered. “I thought he was very handsome,” says Ashley, marketing director for Urban Life Management Restaurant Group. “I decided to send him a drink.” The cocktail turned out not to suit his tastes, but the gesture broke the ice, nonetheless. A year and half later they were back in Citrus Restaurant, where they first met, with Matt on one knee asking Ashley to marry him. The couple were married in a Winter Park Catholic church and held their reception in downtown Orlando so visiting guests could see different parts of the cities.

“I loved our wedding day. It was everything I had dreamed of since I was a little girl.” – Ashley 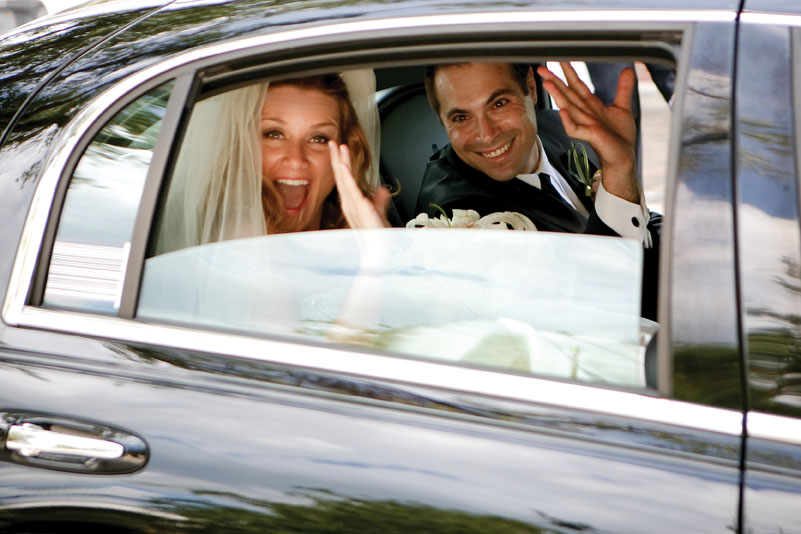 The newlyweds head to the reception. 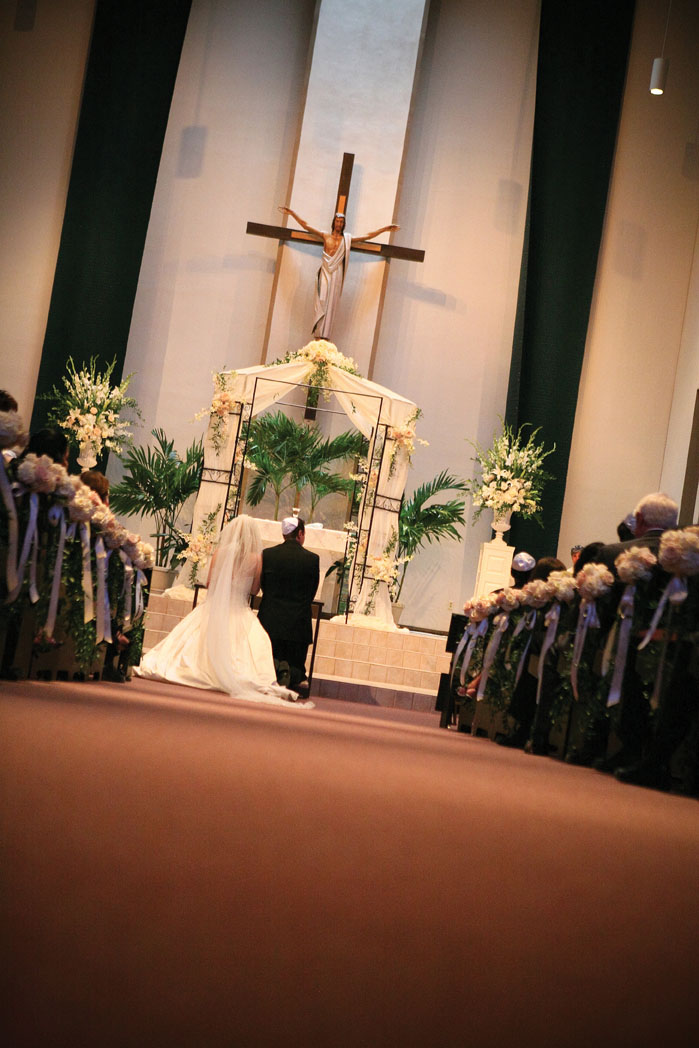 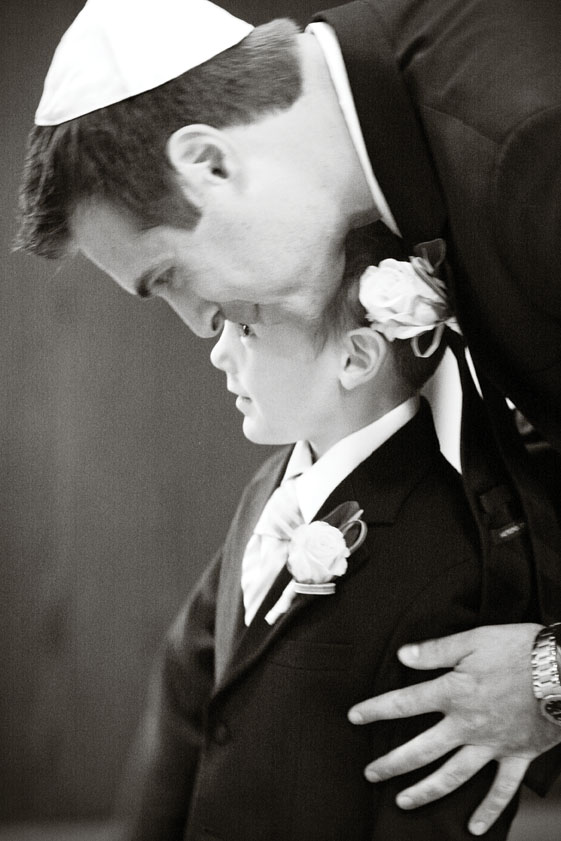 Matt and his son, Aidan, before the ceremony. 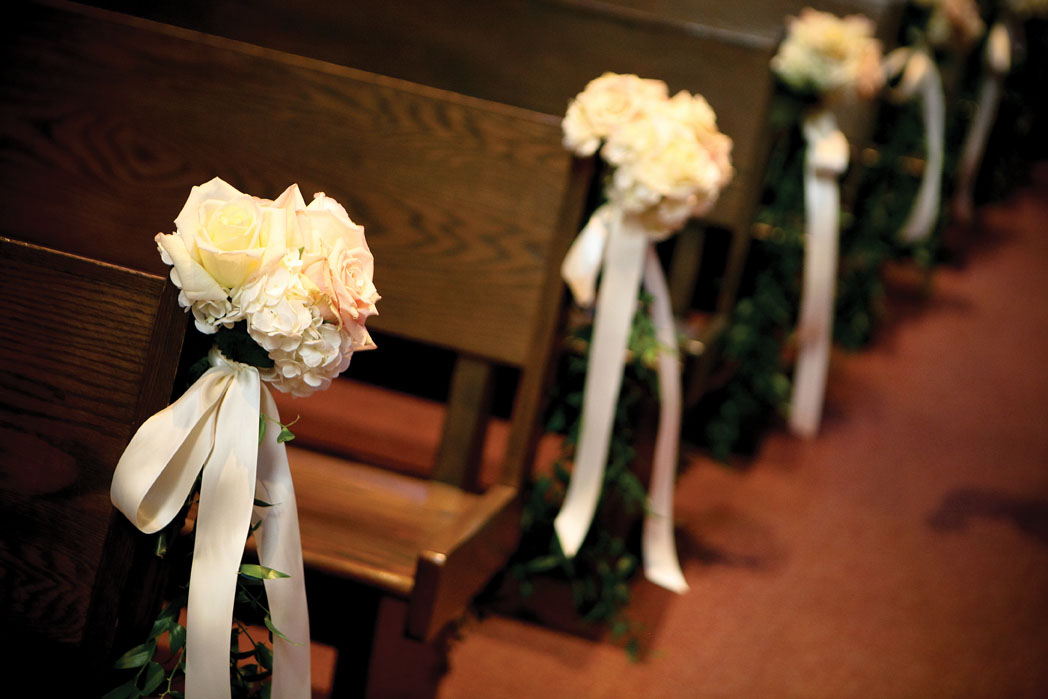 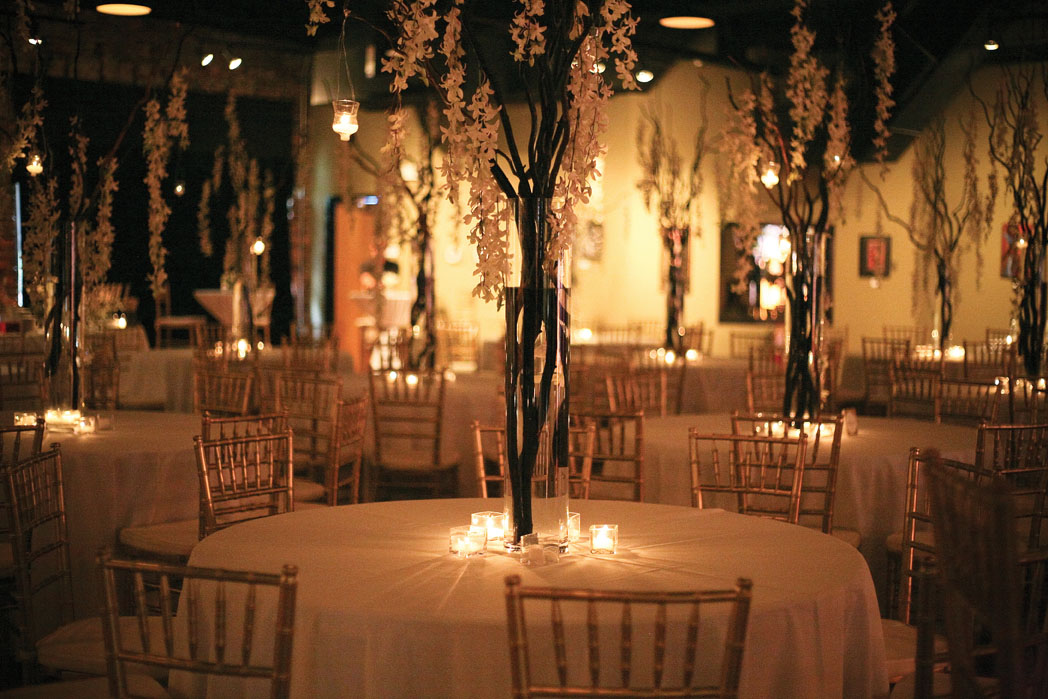 The setting inside the CityArts Factory. 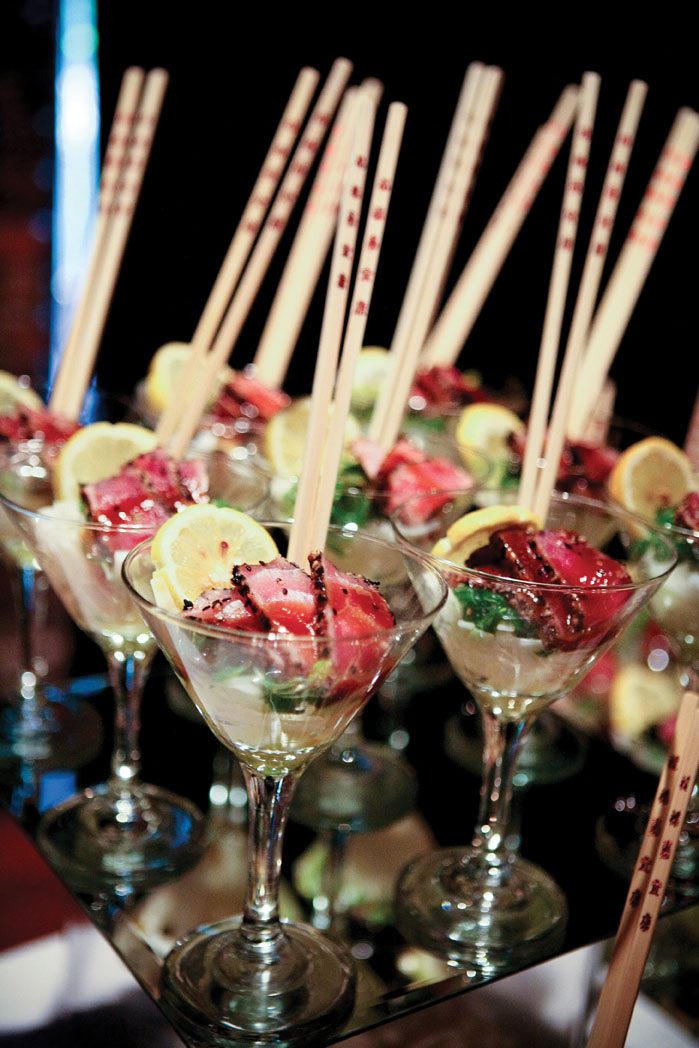 Hors d’oeuvres at the reception.

This article appears in the July 2010 issue of Orlando Magazine.
Categories: Real Weddings