A key player in the Dr. Phillips Center saga is especially proud of one of the stars on the theater's stage this week.

Over the years, you heard a lot of lofty rhetoric about “future generations” from the folks who were working to make a new performing arts center a reality.

When Drage got to watch the future turn into the present this week, it looked familiar. It materialized in the form of his own daughter, Caroline, who is one of the stars of a locally produced dark-comedy musical being staged at the Dr. Phillips Center for the Performing Arts.

Her father played one of the supporting roles in making the center a reality as a member of the “committee of four” that helped orchestrate the public-private, county-city effort to fund the center. Meanwhile, Caroline was at the other end of the performing-arts spectrum. As a would-be actress, she was studying musical theater at Park Maitland School, Dr. Phillips High School and then at Elon University in North Carolina.

Fast forward to this week, when the paperwork and politicking is in the past, the new center has become a brick-and-mortar reality, and Caroline is on one of its stages in Heathers, a teen-angst musical about lunchroom power plays involving a devious trio of girls, all of them named Heather. You can imagine how opening night might have held a special sweetness for the Drage family. 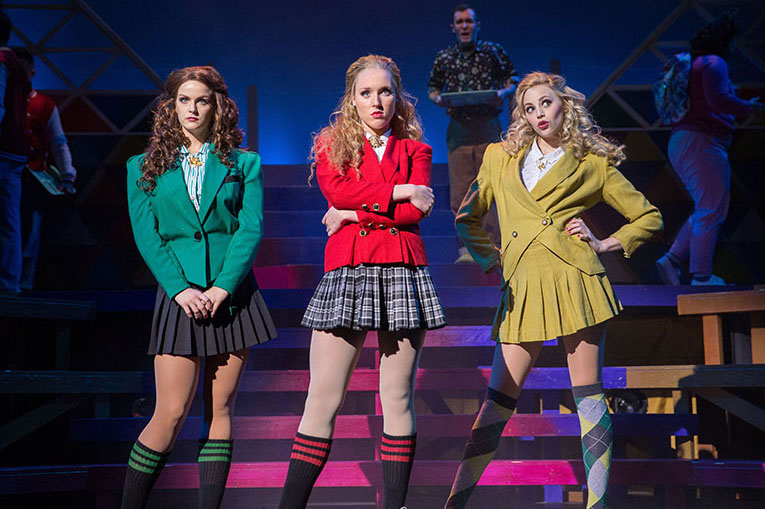 “It was just very emotional,” says Caroline’s mother, Robin. “We were just sitting there in the audience thinking, ‘It happened. It really happened.’ ”

Caroline, who is 26 now and living in Central Florida after a brief foray to Los Angeles, is double-cast: She plays one of the Heathers for some performances and the lead role of their arch-enemy, Veronica, for others.

The musical, which is being staged in the smaller, Alexis & Jim Pugh Theater at the center, will run through Aug. 23. Directed by Tony-award winner Kenny Howard, Heathers is based on a cultish ‘80s movie of the same name. It’s part of a series of moderately priced, locally produced shows from Gen Y Productions.