Q: Why is the illuminated tower at Amway Center wrapped in a blanket?

A: Answer Man assumed that the landmark had simply been converted into a weather-resistant silo during the Magic’s off-season, perhaps storing the fragile seeds of a future championship team. However, propagation has nothing to do with the cover-up. Rather, Magic and city officials noticed some rust and corrosion on the tower, so as part of the center’s “punch list’’ they are having the contractor apply a preventive sealant. The coating is good for 10 years, and the tower should be glowing again by the end of October.

A: The signs are basically a heads up to firefighters that the roof (R), floor (F) or both the roof and floor (RF)
of the structure consists of “light-frame truss’’ construction, a common building method that uses a series of wooden beams and/or light-gauge metal as framing materials. Those types of structures are more likely to collapse in a fire, so if firefighters see the sign, they know they have a limited amount of time to safely perform rescues or battle the blaze from within. State law requires that the signs be on any commercial, industrial or multi-unit residential building (defined as more than three units), that uses the truss construction. The Aldridge-Benge Act, passed in 2009, was named after two Orange County firefighters who died in a gift shop fire in 1989 when the roof of the building collapsed on them. 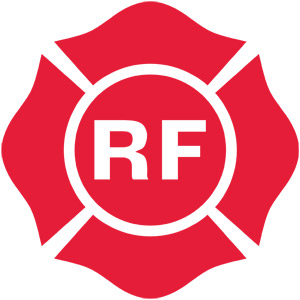 Q: How does a conductor find time to oversee orchestras in multiple cities?

Keep in mind that an orchestra isn’t always being led by its “home’’ conductor. “Nobody wants the same guy in the box all the time,’’ says Wilkins, so assistant or guest conductors are often on the program. Plus, orchestras’ schedules are different. The Boston orchestra that Wilkins recently aligned himself with performs only during the summer, an off-season for the Orlando group. So there’s actually ample time to take care of the musical needs of multiple groups, whether it be planning a season, perfecting a score, meeting patrons or, of course, conducting.

“Conducting is like anything else—you need to keep practicing it. You need to keep making music with orchestras on a regular basis,’’ Wilkins says. “It’s important for me that I just keep doing my art.”

This article appears in the October 2011 issue of Orlando Magazine.
Categories: Community