One of the city's newest sommeliers, Jill Davis, has just been named among the top 40 sommeliers under 40 in the country by Wine Enthusiast. She's just 28. Davis was also one of nine finalists for the Chaîne Young Sommeliers Competition earlier this year and won for Florida, where two peers, also from Orlando, were runners-up.

We recently caught up with Davis, who has just joined the team of International Drive's new Del Frisco's Double Eagle Steak House, to talk wine. 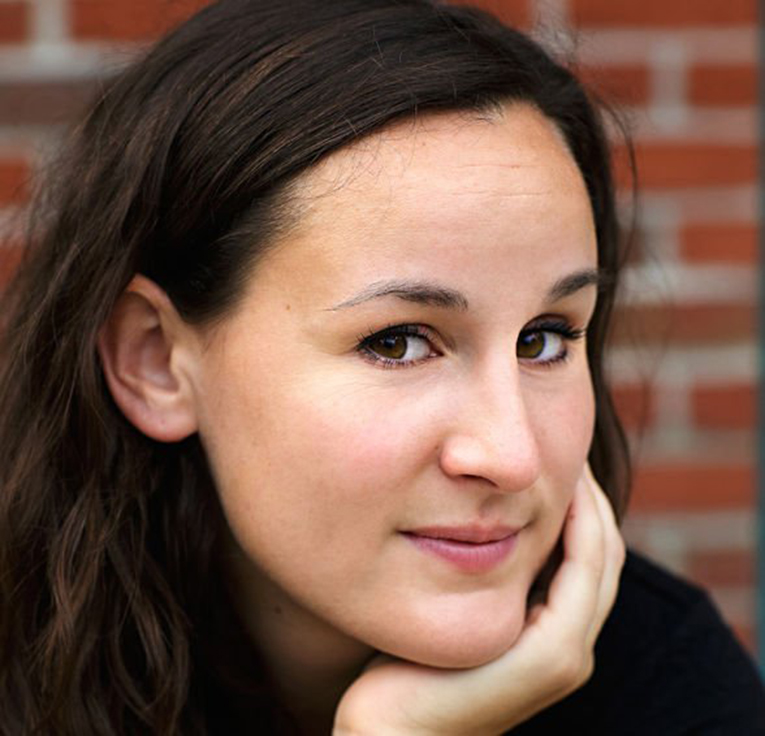 How did you get into wine?
In graduate school for international affairs at Georgia Tech, I had to decide on a topic for a research paper and I decided on studying the Argentinian versus Chilean wine economics. My specialty was Latin America, and both countries have wine involved, and I thought it would be fun to write about wine, so I could justify drinking a bottle of Malbec while I wrote my paper. At the end of that semester, I thought, that was my favorite paper to write; that was my favorite thing to do; I should really check out this wine thing.

Are you a certified sommelier?
I am. I passed as "certified" in April of 2014. There are four levels: intro, certified, advanced and master. There are about 230 masters ever. That is the most rigorous, and if you've seen the movie Somm, that is the test they are studying for.

Who are the masters in Florida now?

There's George Miliotes who works for Darden, John Blazon who works for the Spire family wines and Brian Koziol who works for Disney. We have quite a few more in Florida. There's one in Fort Lauderdale, in the Miami area and two at the Breakers in West Palm.

How did you get to Orlando?
I had been in Mendoza—I had lived in Argentina when I was 19 for a study-abroad program—and when I graduated, I thought it would be nice to live in a wine region for a little bit and get to know the wines really well. I speak French and Spanish, so I reached out to a tourism agency down in Mendoza and offered to help with a wine-tour program. After about a year living there, and for family reasons, I wanted to live back in the U.S., so I wound up getting a job with a wine importer in Orlando and then moved on to the Four Seasons.

What was it like being at the Four Seasons, Orlando's first five-star resort, when it opened?
It was exciting. The Four Seasons has a great brand. I loved my time working for them. I really love the company's culture. They do a wonderful job, and hospitality is true at the Four Seasons. The technology, the rooms, the food and the wine all warrant that price, but it's that extra notch of service—you see it in the employees, their positivity and the attitude. How they interact with the guests at the Four Seasons is amazing. 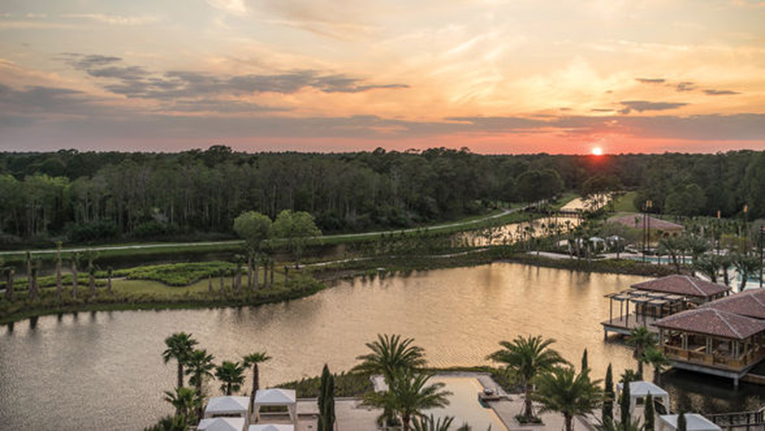 You went from managing a 300-bottle wine list to 1,200 bottles at Del Frisco's. What's that like?
It's so crazy. It blew my mind. When a guest comes in and tells me what kind of wine they like and what style they like, I really do have at my disposal so many options at any given price point. For me, personally, it's the most rewarding part of my job: matching a wine to someone's palate, to figure out what somebody likes and be able to find a wine that perfectly fits what they're looking for and get that ah-ha moment in their eyes. It doesn't matter to me if it's a $70 or a $1,000 bottle. As long as they're happy, I'm happy. 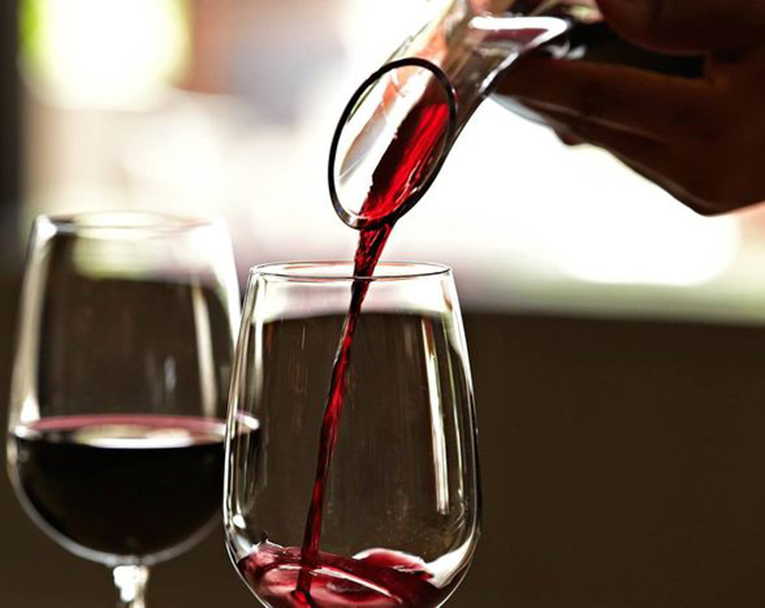 Del Frisco's is located within walking distance of the Orlando convention center. Are you seeing more business travelers?
You get so many different people coming in. I have some people who come in for an anniversary or a date night and they're looking to celebrate a moment. You also do get that businessman who's looking to show his guests a great time. We are seeing more parties coming in, especially with convention season, and we're stocking up on our magnum bottles. You also get wine collectors coming in who just want to try something that's not in their cellar, people who have the wine bug and will save up and eventually go out to dinner for that special bottle. 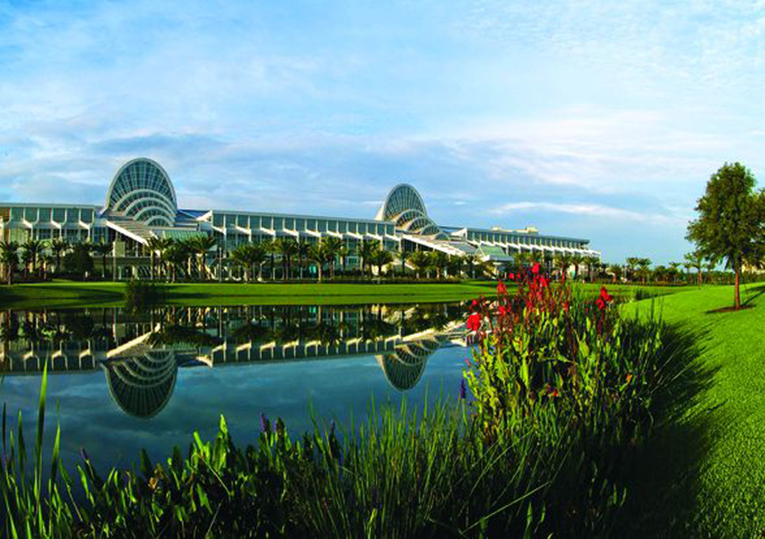 Orlando's 2 million square foot convention center is one of the largest meeting spaces in the world. (©Orange County Convention Center)

What are your tips for selecting a bottle for an everyday dinner and as a gift?
I would personally recommend a local wine shop with somebody in it who can get to know your palate and figure out your style like a fun puzzle—do you like fruit-driven wines; do you like earth-driven wines; do you like a bigger red; do you like lighter reds? Once you get that person to learn your style, they're going to show you a lot more wines that are fitting in that style in whatever price point you want as well. And for selecting a gift, you have to choose a crowd-pleasing wine. Usually in the U.S., going with a Cabernet or a Chardonnay, or even a Pinot Noir, is a safe bet. And I hate to say it, but it's so true, packaging really does make a difference when it's a gift.

What is the best way to get a bottle of wine home from a trip?
I have some wine bags that are meant for traveling in suitcases that I take with me everywhere. They actually seal shut and then velcro, and they're made with a permanent bubble wrap so they don't break in your bag. I'm sure there's a way to ship it, but I usually just bring it home with me.

Where do you go to drink wine?
I regularly drink wine at home. That's how I roll. But when I go out, I go to Lil Indies, a craft-cocktail bar; there are some amazing bartenders there. I tend to hang out both there and at Matador, where I can bring my dog.