The Bride Allison Kahan, 24, is the director of marketing for Anytime Fitness.
The Groom Yessid Arroyave, 26, is a component engineer for Mitsubishi Power Systems.
How They Met Allison would frequent the club soccer games at UCF and knew Yessid casually because he played on the team. The two also shared mutual friends. Allison and Yessid kept in touch from time to time on Facebook, but it wasn’t until they ran into each other years later during UCF Homecoming week that the two exchanged phone numbers. Shortly after, they went to dinner.  “It was the best first date I had ever been on,” Allison says. “From that point on we were inseparable.”
Their Engagement Just a few months into their relationship, Yessid’s company moved him to Savannah, Georgia. Allison and Yessid continued their romance despite the distance and discussed their future. Several months later, she and her parents went to Savannah for Labor Day weekend. While the four of them explored Forsyth Park, posing for pictures in front of the park’s iconic fountain, Yessid surprised Allison by getting down on one knee. “It was great to have my parents there and have them be a part of the whole experience,” she says.
Their Wedding A contemporary theme with a touch of elegance, featuring modern circle-patterned décor.

"Even though there were so many eyes on us, it was as if it was just the two of us in the room.” —Allison 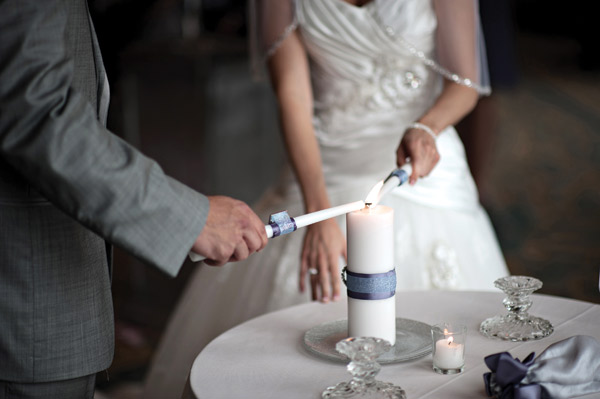 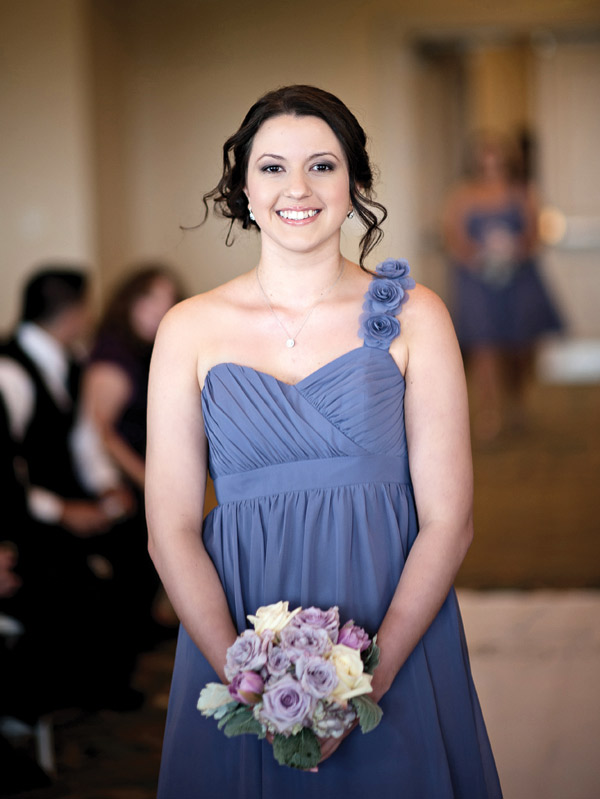 Yessid’s sister, Katherine, was a bridesmaid. 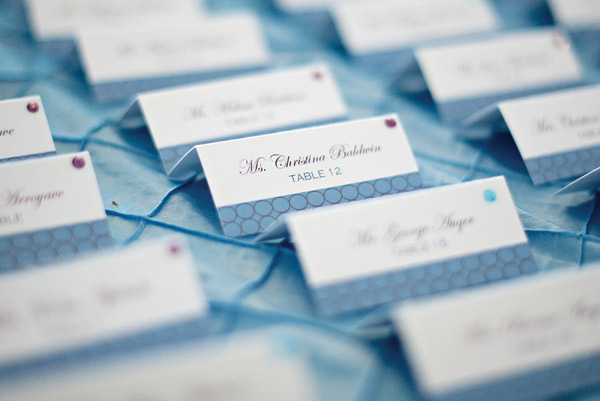 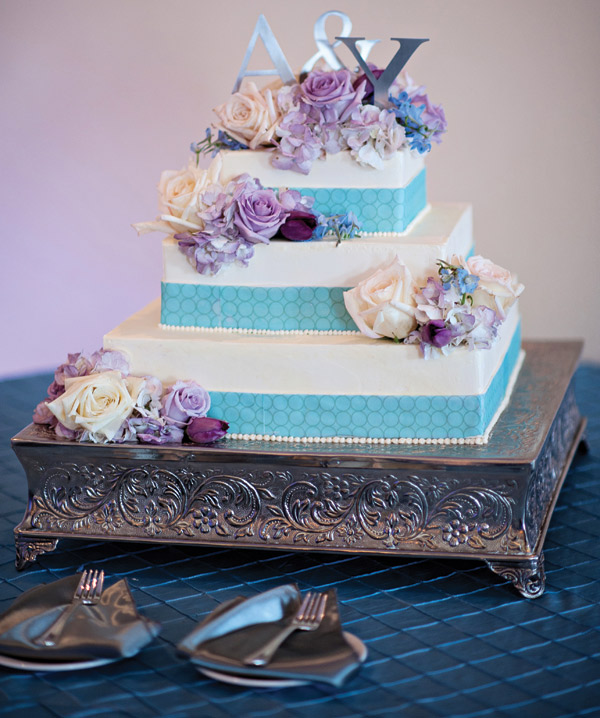 The cake was decorated with a blue laser-printed circle design and a monogram cake topper. 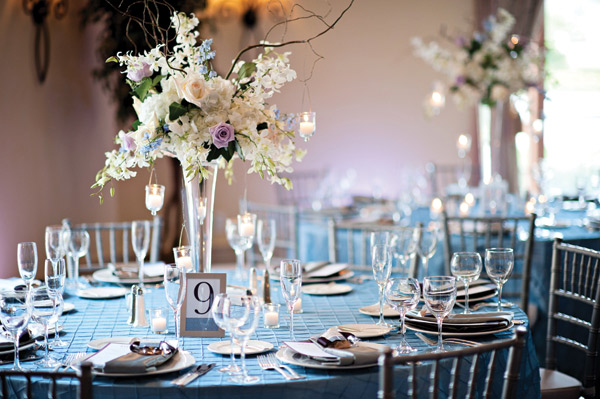 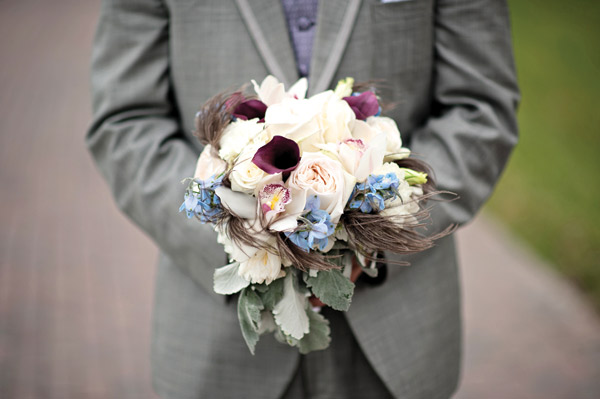 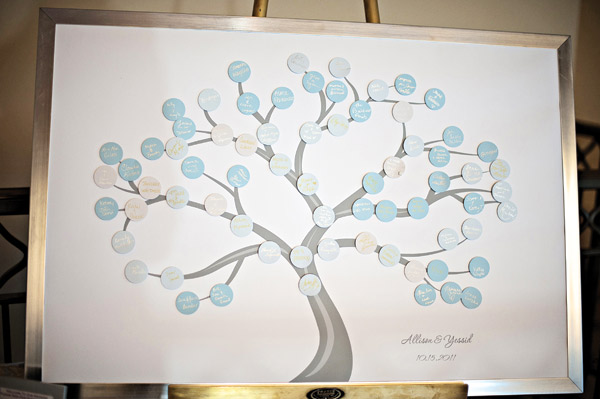 Guests were invited to sign a circle and add it to the guest book tree that now hangs in the couple’s home.