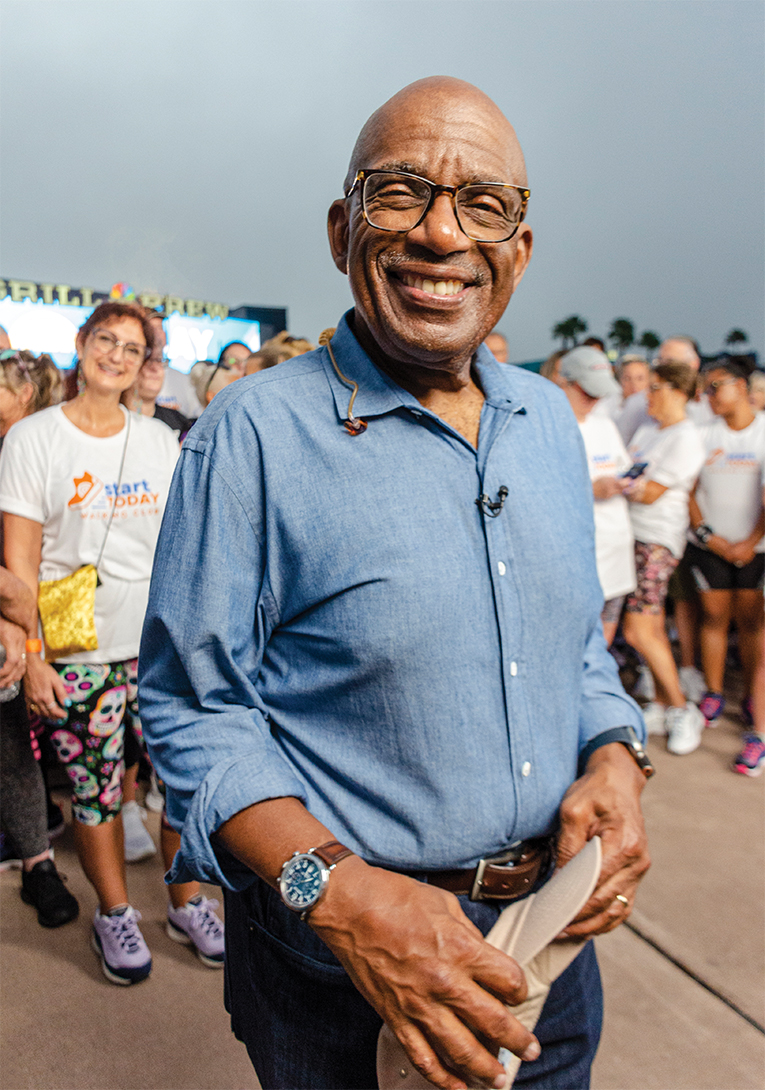 Al Roker is starting a movement. One step at a time.

Roker, the gregarious TODAY Show personality, underwent a five-hour surgery to remove his prostate and some surrounding tissue and lymph nodes in November 2020.
Then came the doctor’s orders: Get moving.

“My prostate cancer surgeon said, ‘by the end of your first week home, I’d like for you to be walking five miles a day,’” Roker said. “It just helps with your recovery and getting things moving. And it wasn’t as onerous as I thought.”

Not at all. Roker has become a Pied Piper promoting physical health through his “Start TODAY Walking Challenge,” a movement that has grown to over 110,000 members over the last year.

Over 200 people from Central Florida recently joined Roker for a walk around Universal Orlando Resort in early November. Roker and fitness expert Stephanie Mansour led the group around Universal Studios for about two miles in the early morning before the park opened.

One of those walkers was Christine Tuell, who benefitted from the COVID lockdown by losing 103 pounds. Christine and her husband Scott didn’t cook. They ordered takeout or went out to eat all the time. 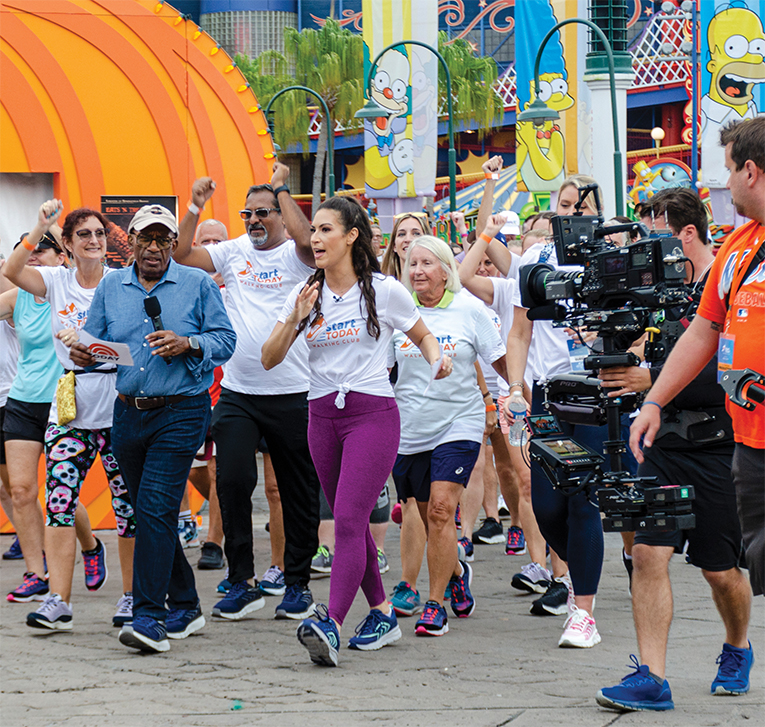 But COVID protocols and bad health results during a physical forced Christine and Scott to reassess things. They bought an air fryer and grill and started walking.
“I was so out of shape,” she said. “It was all I could do to get half a mile or 30 minutes in. Within 90 days, I had lost 34 pounds and worked up from there. Now I work out every day. I’m teaching aerobics. I’m getting my yoga teacher certification.”

Roker, 68, doesn’t strut his stuff with an air of pretentiousness. But he is proud of his tribe.

“It’s the TODAY Show, and it touches a lot of people,” Roker said. “It’s a lot of common sense. It’s not ‘let’s go crazy here.’ Let’s not run a marathon right away. You’re only competing with yourself. If you do a little bit more every day, that’s great. Just do you.”

Roker isn’t just an inspirational voice. He’s been documenting his walks with daily video check-ins on the Start TODAY Facebook group page. Roker rarely misses a step, whether walking the terminal before a flight, exploring a city on foot while traveling with his family, or hitting Central Park early before work.

He has a playlist of music to help him through but knows everyone marches to a different beat. “Whatever floats your boat,” he said. “No judgment.”