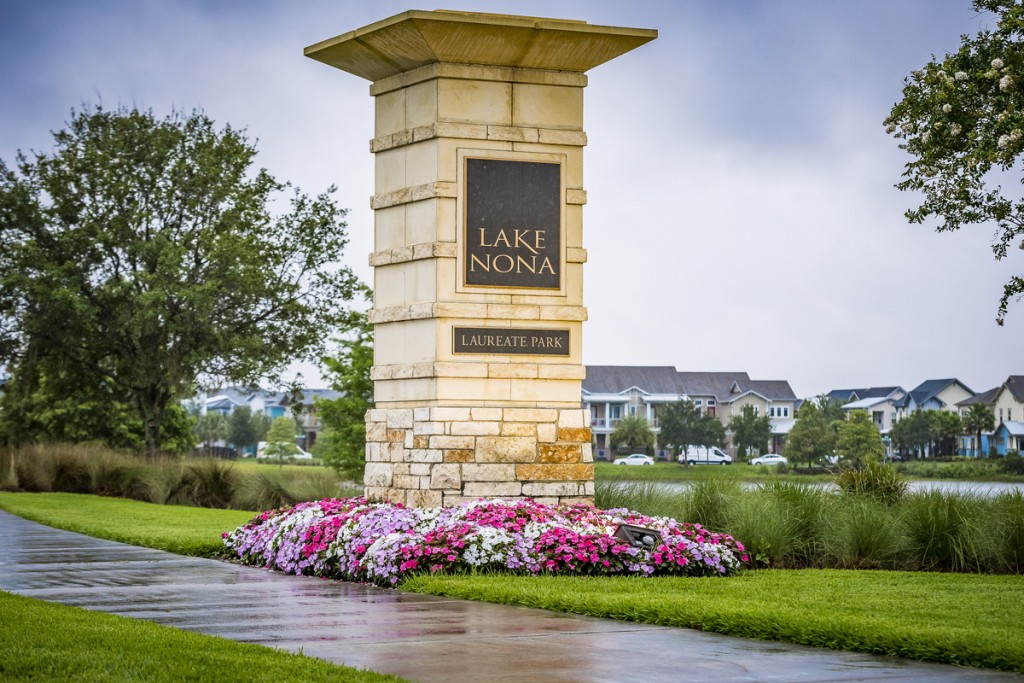 Natalia Foote didn’t think much about exercise or her diet before moving from New Jersey to Laureate Park in Lake Nona five years ago.

Now she’s a yoga and meditation teacher and can’t remember if she was the one who chose this healthy path herself or if it was the community’s influence.

“I sometimes wonder, was it [Lake Nona], or did I choose this?” she says with a laugh.

The community offers free fitness classes to residents, a bike-sharing program, a community garden and 44 miles of trails. In fact, 40 percent of Lake Nona’s 11,000 acres is green space. It’s also home to the U.S. Tennis Association’s National Campus, which offers free lessons for children 10 and under, as well as adult programs and high-performance training.

“They really provide us with all the tools we need here,” Foote says. “And if you’re given all of the necessary ingredients, it’s really up to you to take the first step.”

Since Tavistock Group acquired the 600-acre Lake Nona Golf and Country Club in 1996, the company has prioritized health, education and technology while developing the community. Tavistock Senior Managing Director Rasesh Thakkar says every nook and cranny of the neighborhood was considered to ensure these things were embedded in Lake Nona life.

“If you get that mix of health and wellbeing, education and technology right, what naturally falls out of it is inspiring human beings,” he says.

Thakkar adds that the community is considered a living lab, which keeps it open to trying new things, such as the driverless shuttle—created by Beep, a Lake Nona-based company—that debuted in the fall of 2019.

Beep had more than 14,000 total riders on its three-stop route in the community before it was suspended in March because of Covid-19 concerns. In April, the shuttle delivered lunch from Lake Nona’s Park Pizza & Brewing Co. to the medical staff at the Orlando VA Medical Center in Lake Nona’s Medical City.

Instead of building another roadway to connect the two major community hubs—Lake Nona Town Center and Laureate Park—a seven-acre linear park is being developed to join them. It includes a network of bike and walking paths, pocket parks, a waterway and a dedicated lane for Beep. 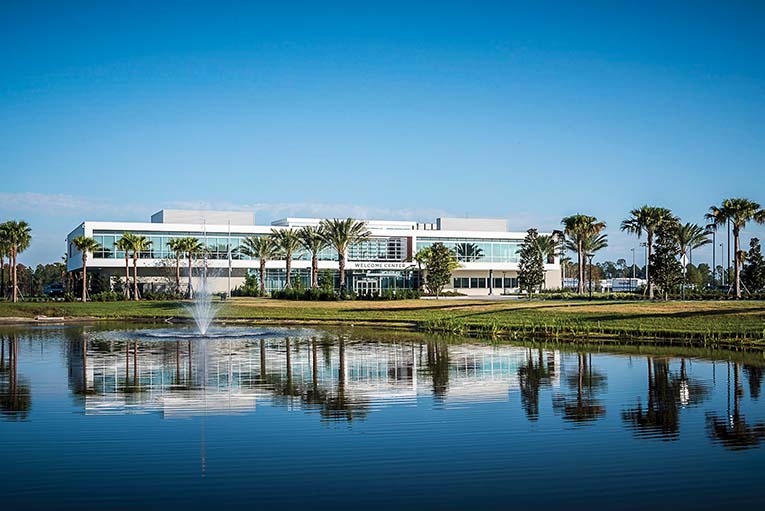 Many residents also participate in the Lake Nona Life Project through its partner AdventHealth, where they complete a biannual health and lifestyle survey geared to uncover what elements lead to healthier community.

Many residents move to Lake Nona with plans to be entrepreneurs, says resident Elizabeth Diaz, who is opening her fitness studio Neighborhood Barre this year. She says most people are drawn by the 20,000 miles of fiber cable lines within the community’s infrastructure, which made it the state’s first gigabit community, ensuring fast and reliable Internet. But Diaz says it’s also because of the collaborative nature in Lake Nona. She and other local business owners want to see each other thrive.

She says she experiences the same supportive atmosphere among her neighbors.

“When we moved here, our family wasn’t here, but that was already built in. Your neighbors are your family,” Diaz says. “If I have to run somewhere, I have 15 neighbors who will watch my kids.”

When Foote bought her home, she was told it was a front-porch community. She wasn’t sure what that meant until she moved in and realized that most families spend time on their spacious front porches, creating a neighborly atmosphere.

“It promotes chatting,” she says.

Tavistock hosts more than 1,000 events a year, helping residents stay in touch. Last year’s Super Soaker Showdown armed neighbors with squirt guns and they played in Nona Adventure Park, the area’s water-based entertainment center. There was also an obstacle course, a cable park for water skiing and wakeboarding, and a 60-foot climbing wall. Many events also have a charitable component, such as last year’s 10th annual Ride for Ronald where 38 teams raised $215,000 for Ronald McDonald House Charities of Central Florida.

The community is packed with gathering spots, Boxi Park being one of the most popular, with anywhere from 3,000 to 6,000 people visiting on a weekend evening, Thakkar says. The open-air park contains several restaurants operating out of repurposed shipping containers, a stage for live music and a playground.

Like Chicago’s striking artwork The Bean, some of Lake Nona’s art structures exist to give it a sense of place. Greeting residents at the entrance to the Lake Nona Town Center is Disco, an eye-opening 35-foot-tall Labrador Retriever made of reflective stainless steel. “Lake Nona’s best friend” was designed by JEFRE, a local artist.

Another community landmark is The Beacon, a six-story column displaying art and interactive images, such as snow falling during Lake Nona’s winter celebration.

The relationship between Tavistock and Lake Nona’s residents is a special one.

“Most developers will develop a neighborhood and they cannot wait to leave Dodge,” Thakkar says. “Whereas, we know we’re going to be here for decades. We just want to make a difference in people’s lives.”

This article appears in the July 2020 issue of Orlando Magazine.
Categories: News and Features
Tags: Lake Nona
Want to read the whole issue? Download and read this issue and others on Magzter.