The Orlando Eye is open for business, along with an abundance of other treats, at I-Drive 360, the $200 million entertainment destination that has something for everyone—tourists and locals alike. Here are some best bets.

1. SUNSET VIEWS FROM THE EYE

Thirty air-conditioned glass capsules rotate along the 400-foot-tall Orlando Eye observation wheel at a snail’s pace of 1 mph, but the 20-minute trip is the perfect duration for taking in the Orlando skyline. Arguably the best time to take this trip is at sunset when The City Beautiful is splashed with pink and orange hues and the wheel’s 64,000 color-changing LEDs begin to light up the sky like a constellation.

The come-as-you-are scene at this live music bar/eatery quickly turns into a nightly party. “Yes, we’re from Nashville, but we’re not a country bar,” says regional manager Will Hodges. “You’ll hear dance music, party covers, rock ‘n’ roll. You’ll find musicians who can take a request at the drop of a hat. It’s like having a jukebox on stage.” Ninety percent of the bands are local, and while listening you can enjoy nosh like BBQ brisket nachos, calamari and pork rinds, beer mussels and buttermilk fried chicken. 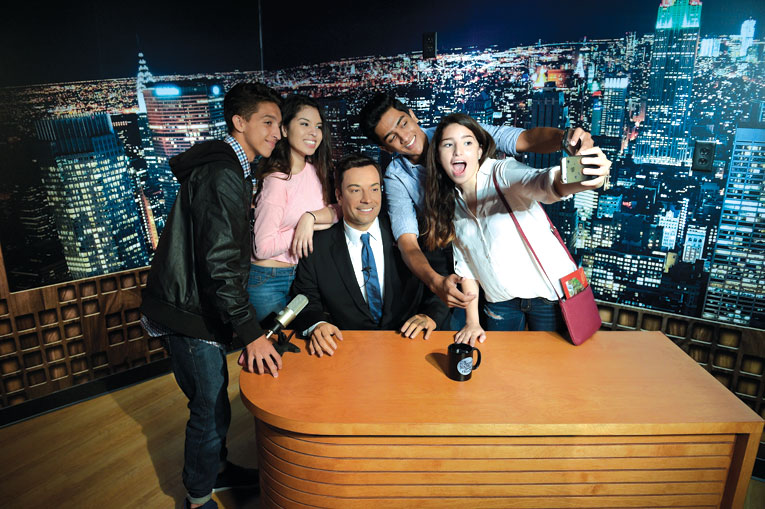 International icons from Jimmy Fallon and Taylor Swift to Albert Einstein and Walt Disney strike uncanny poses inside the Orlando version of the famed wax museum. With a tradition that began more than 200 years ago, Madame Tussauds continues to chronicle contemporary celebrities and bygone historical figures through incredibly detailed, lifelike wax figures that take three to four months to create at studios in London. The local versions are staged with props, including original accessories and articles of clothing donated by the stars themselves.

Belly up to the 50-seat, stainless steel bar at this gastropub and the work of deciding which of 131 different drafts to drink begins. From limited releases to locals to internationals, beer takes center stage, accompanied by made-from-scratch dishes. The beer menu reads like a novel, so skip it and just pepper the bartenders with questions. They’re happy to guide you toward a selection, perhaps one from Yard House’s chalkboard series, an offering of five limited-edition or obscure brews that switch up every few weeks.

Restaurant selections are not lacking at I-Drive 360 thanks to places like Outback Steakhouse, Paramount Fine Foods and Shake Shack. The latest addition: Tapa Toro, from the folks behind Taverna Opa Orlando. The restaurant’s crown jewel is the custom, mosaic-tiled paella pit where guests can watch the chef make the classic Spanish dish. “We serve four different types of paella as well as 30 different types of tapas,” says owner Katerina Coumbaros. On weekend nights, the flamenco dancers and guitarist kick into action. Not ready to leave when the curtain goes down? Extended bar service offers nightcaps and sweet treats depending on post-show demand. 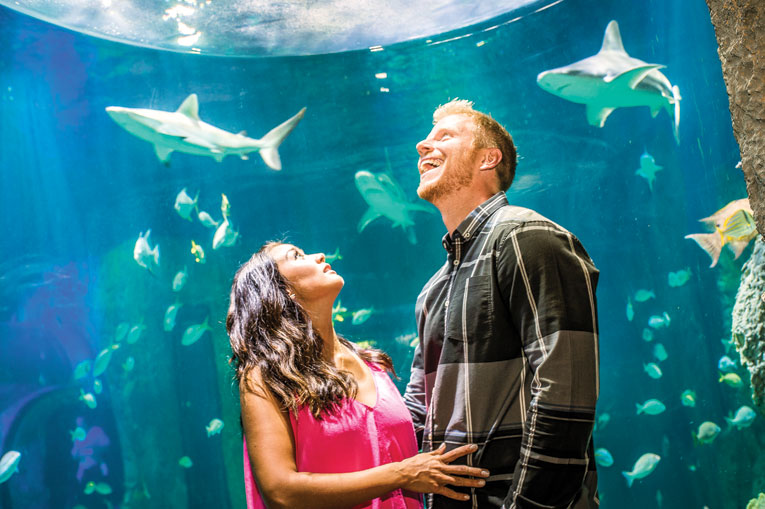 Filled with more than 5,000 sea creatures in more than 32 display habitats, this 25,000-square foot aquarium, gives guests a glimpse into the water worlds of the Atlantic, Indian and Pacific Oceans. Filled with interactive elements like touch tanks, observation bubbles and educational touch screens, the aquarium’s top feature is its 360-degree acrylic tunnel where rays and sharks swim beside, above and under awe-struck onlookers. 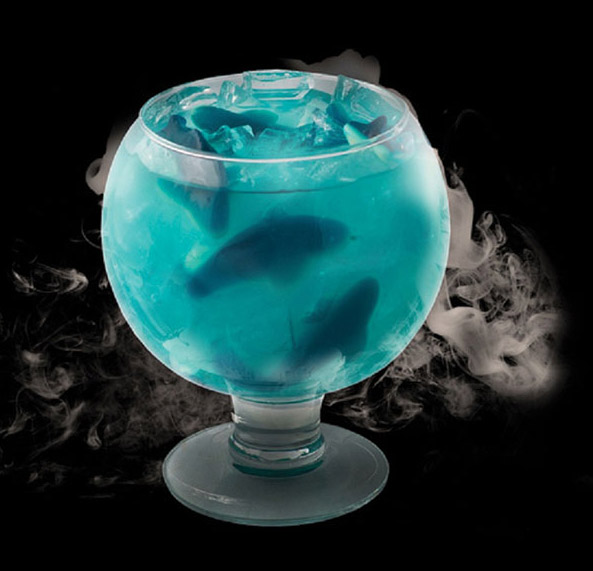 Apple pie waffles anyone? How about a 24-scoop ice cream sundae or five different styles of french fries? If the food seems a little over the top, that’s what Sugar Factory is going for. But the cocktails are the real head-turners. Sixty-ounce libations with dry ice smoking over the rim, Sugar Factory’s “Goblet” cocktails lend themselves perfectly to this “MTV meets Willie Wonka” chain known for its famous celebrity-endorsed Couture Pops. Crazy concoctions like The Energy Bear (Red Bull and gummi bears) and Ocean Blue (love those floating gummi sharks) are mixed tableside at this candy store/soda fountain/restaurant/bar.

This article appears in the August 2015 issue of Orlando Magazine.
Categories: Art & Entertainment