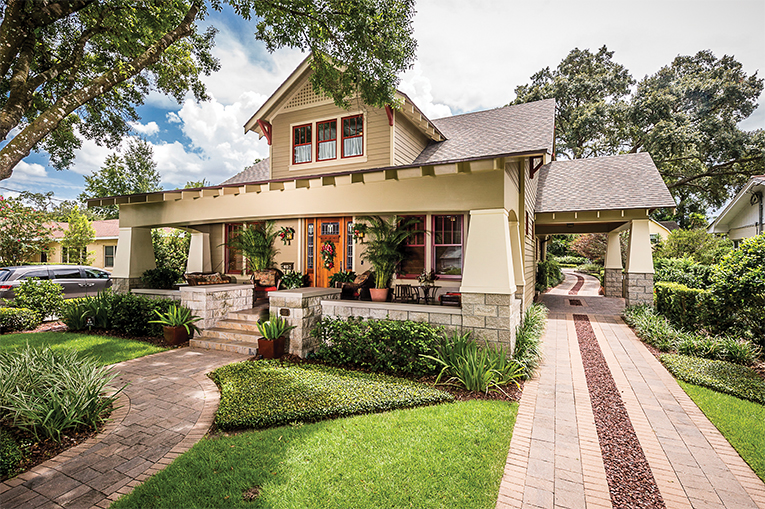 Imagine living in the heart of downtown Orlando with all its urban appeal and having access to one of Orlando’s distinctive, natural areas. The Lawsona / Fern Creek neighborhood residents experience this rare balance every day.

First established in 1911, this historic neighborhood represents a diverse mix of structures from the early 21st century to the 1950s, nestled in the sunken, enchanting urban jungle that is Dickson Azalea Park.

Named for a city beautification advocate and co-founder of one of Orlando’s earliest department stores, Dickson-Ives, the park spans five acres of lush vegetation and changing topography, through which Fern Creek flows. Rustic stairs and walls direct visitors and neighbors alike through the park and out of the ravine.

There is something singularly perfect about this neighborhood, tucked away in the corner of Downtown Orlando. A variety of architectural styles and forms are tucked away in the district, including Bungalows, American Craftsman, Minimal Traditional and Colonial, Mediterranean, Mission, Neoclassical, and Tudor revivals. Bungalows are the predominant contributing structures in the district.