As we wave goodbye to summer, farms around Central Florida are opening their rustic gates. Orlando holds a virtual cornucopia of farming delights, from farmer’s markets and baby goat yoga to homegrown honey and Zellwood corn. 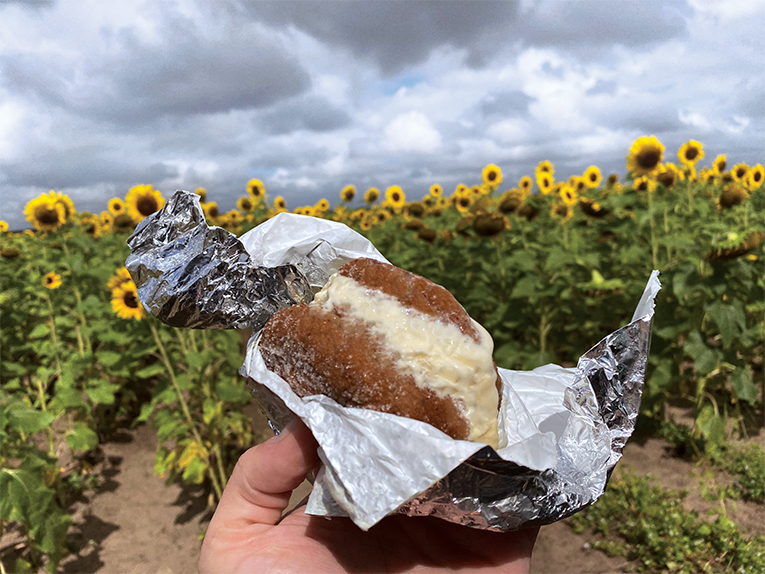 At Southern Hill Farms, they believe time on the farm is time well spent, and they want their farm to be a place for the community to make memories that will last a lifetime.

It all began with a man they lovingly call “Pop Pop” on the Eastern Shore of Virginia. He started growing tomatoes and potatoes, along with a few strawberries and ears of corn at the turn of the twentieth century, a land still being farmed by their relatives today.

Fast forward to the mid-twentieth century when his youngest son, Billy (aka Big Bill), made the bold move to central Florida from Virginia and began leasing farmland to start his operation. He turned his small, leased vegetable farm into one of the highest-yielding farms of sweet corn, carrots, and radishes in the Sunshine State.
He met his beautiful bride, Bobbie (aka the Queen of Ag), and they had three children who worked alongside them. When the state passed the Lake Apopka Restoration Act, it forced their vegetable farm to close at the end of the twentieth century. When one door closes, another opens–the opportunity to begin a new farm in the hills of Clermont presented itself, and thus Southern Hill Farms was born. 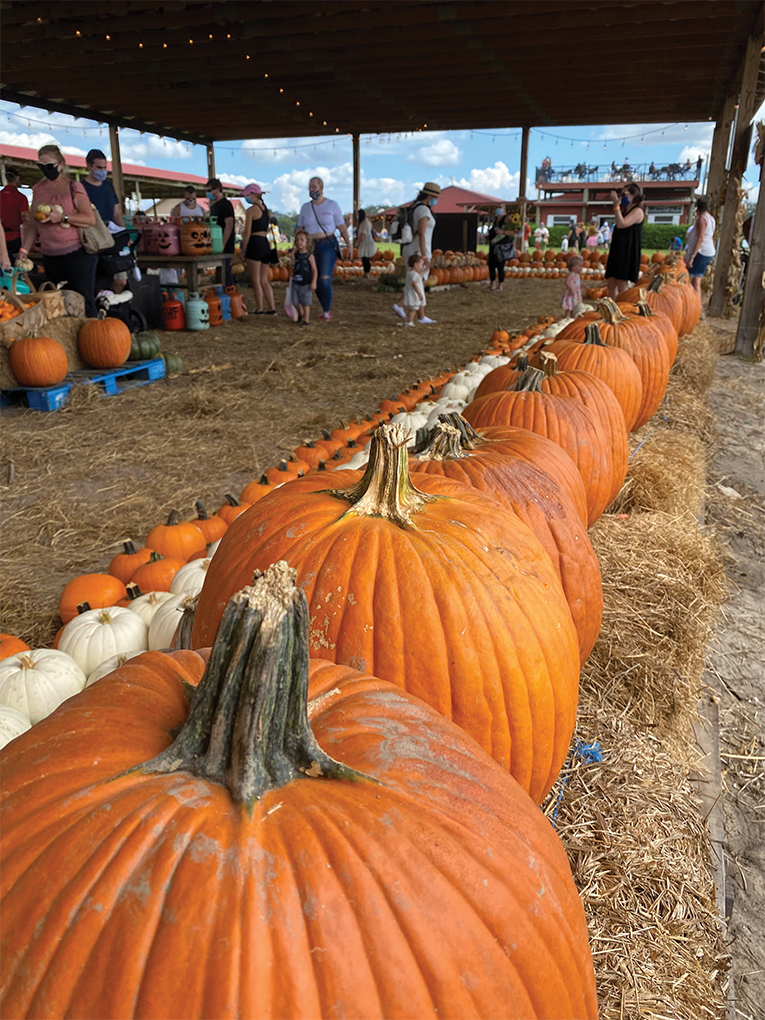 While Southern Hill Farms reopens for the season in September, current activities, and events can be found by following them on social media. “We have some drive-through events we’re going to be hosting,” explains Ricky. “Make sure to check out our Facebook page. People can find our market page, which has our homemade jams and honey. And we also offer bakery items, like our blueberry Key Lime pie.”

You don’t want to miss their Fall Festival, which includes access to the farm, the sunflower field, and their pumpkin patch. They also have food trucks, musicians, and a mini-amusement park for the kids. It’s a fabulous way to celebrate the fall season. 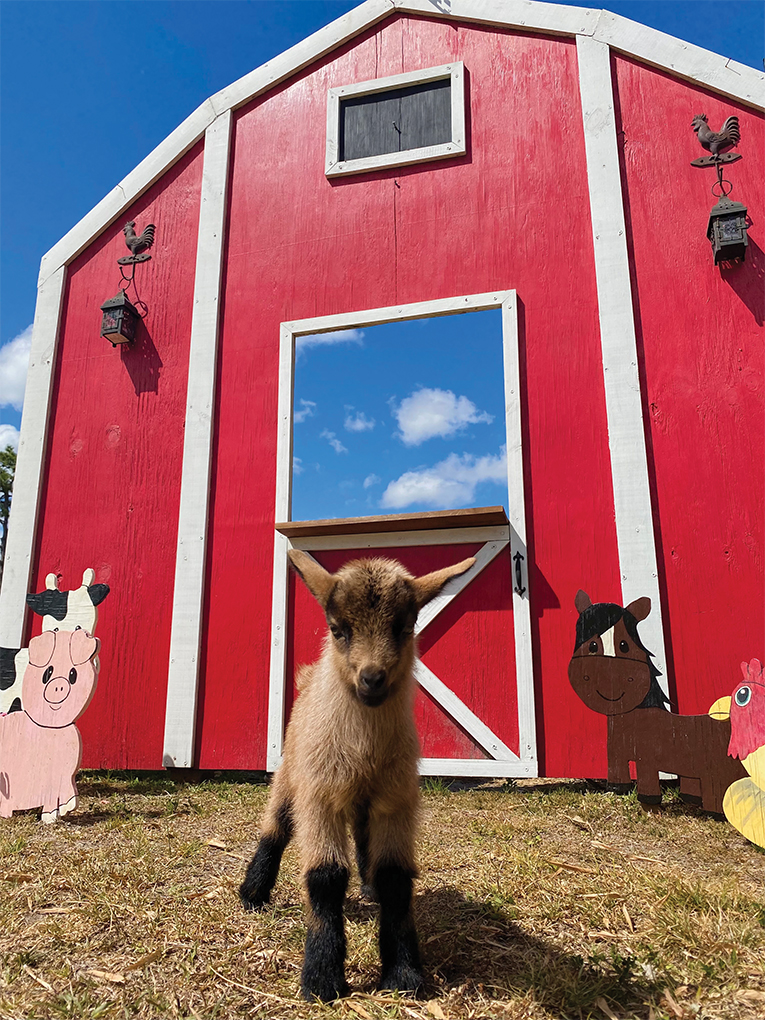 Who doesn’t love a cute baby goat? And we all know that yoga is fabulous for our health. When you put the two together, you get Wildflower Farm, home of “Baby Goat Yoga.”

“We started with our Baby Goat Yoga, and it was such a success,” explains Linda Gutierrez, who co-founded Wildflower Farm with Rick Carlson. “I love letting things happen and just going with the flow. Once that was a success, we wanted to do something for the children, so we added Fables on the Farm, where I read a story to the children. We want people to interact with baby goats in all our events because they’re so therapeutic.”
Linda may be on to something, as goats are making news as one of the top emotional support animals. “They make great therapy animals.” explains Linda, “With their playfulness and joyful personalities, they keep you in the moment and allow people to forget about everything outside the farm.”

Located just east of downtown Orlando, far from the hustle and bustle of the City Beautiful, Wildflower Farm is a small farmstead with a simple philosophy; respect nature and cultivate our land, dreams, and joy.

They may be known for their Baby Goat Yoga, but they also offer events like Party in the Pasture, Family Time on the Farm, and Fables on the Farm. Farm products and merchandise are also available.

Make sure to call ahead because Wildflower Farm limits 24 per class. “I want everybody to get that chance to hold the baby goat,” explains Linda.

If you need to nourish your soul while caring for animals and returning to nature, check out Wildflower Farm and attend one of their popular classes or events. It’s the perfect place to find joy and be a “kid” again. 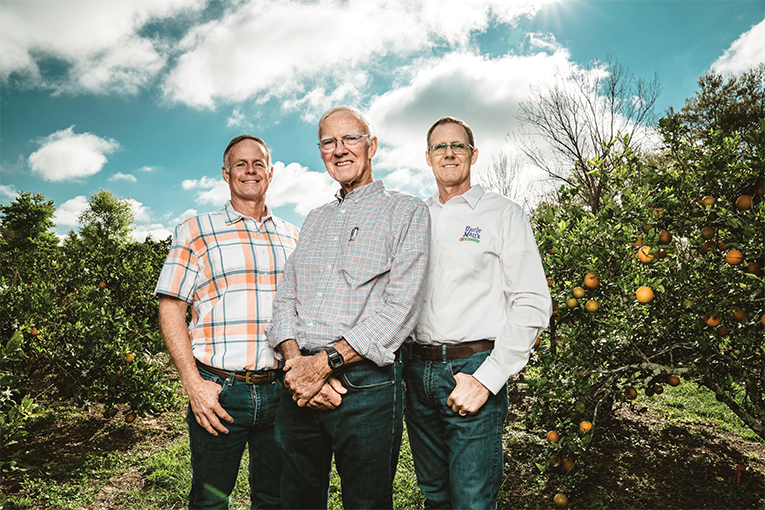 Located right around the corner in Clermont, Florida, is Uncle Matt’s Organic, the nation’s number one selling brand of organic orange juice. For 22 years, Uncle Matt’s has produced the highest quality organic juices and functional beverages, including Grapefruit juice and a line of Lemonades.

As the nation’s oldest organic orange juice company, Uncle Matt’s Organic is committed to producing tasty, good-for-you organic juices. Uncle Matt’s Organic takes pride in making the highest quality juice, using only premium 100 percent organically grown fruit free from synthetic fertilizers, pesticides, and GMOs. And if you are a good detox fan, all Uncle Matt’s products are certified Glyphosate Residue Free by The Detox Project.
“We’re proud of the long-standing heritage of the Uncle Matt’s Organic brand and the way we, as a company, continue to stay committed to our core values, including positively impacting the environment with organic farming practices to benefit the people and communities we touch,” says Matt McLean, Founder, and CEO at Uncle Matt’s Organic. 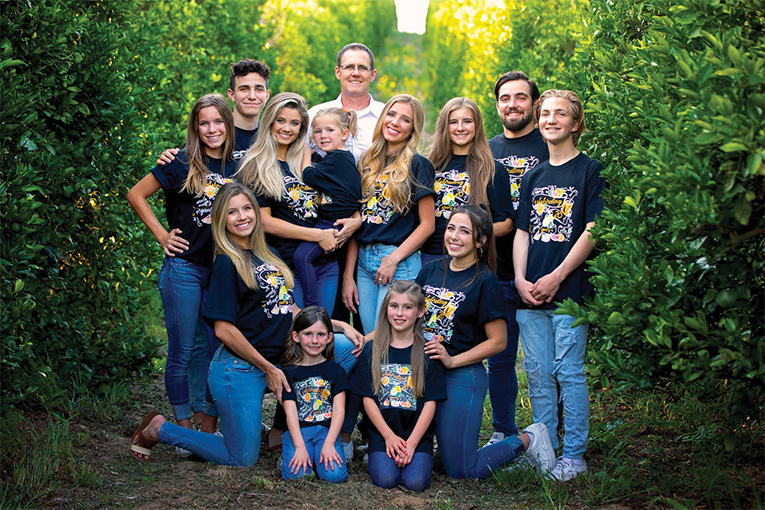 It’s not just the juice. Uncle Matt’s is a one-stop shop for merchandise, healthy shots, and beverages, providing delicious resources and recipes for all things orange. Our favorite recipe would have to be the creamy, chocolatey, and orangey truffles. It was an easy dessert delicacy with just a few simple ingredients and no baking required. 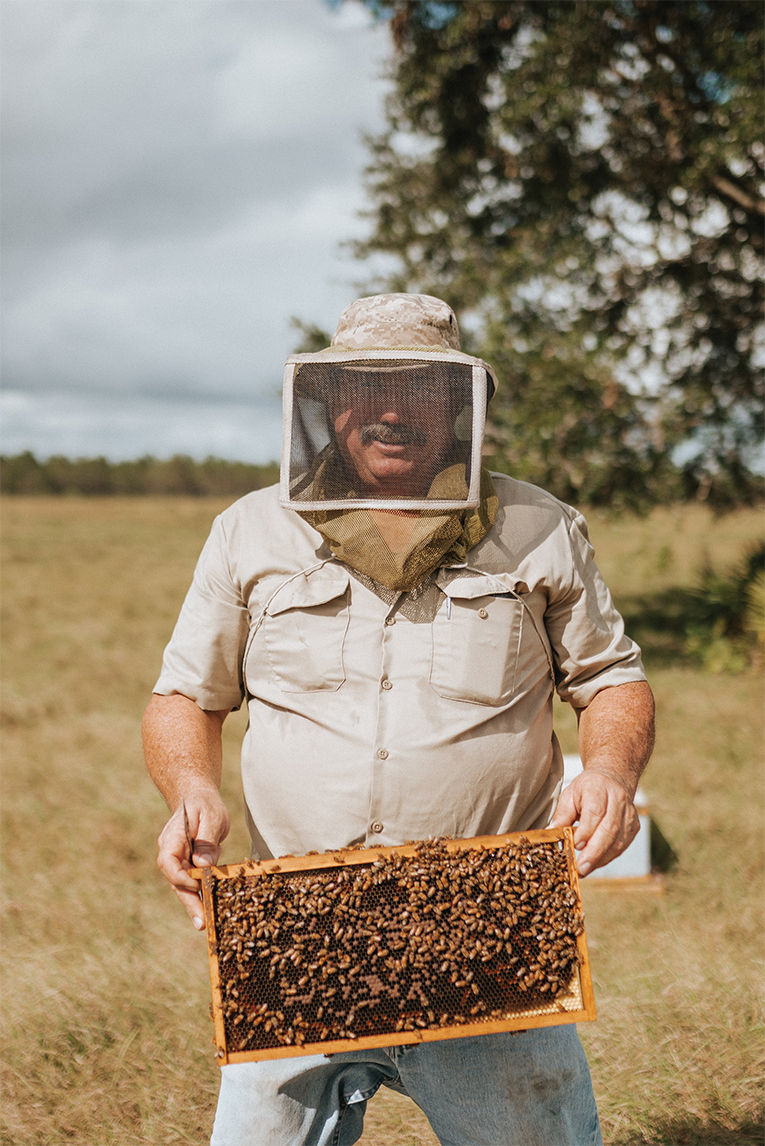 When he was a young teenager living in North Arkansas, David Webb began keeping bees on his family farm. It was a hobby he kept up when he moved to Florida in 1983, soon turning this hobby into work as a commercial beekeeper.

After 20 years of selling bulk honey, David opened a store named Webb’s Honey, where his youngest daughter, Autumn, would work alongside her dad in the family business. Ten years later, Autumn is now the general manager and has exciting plans for the future.

“We had a fire in November, and it completely gutted our building,” explains Autumn. “So we’re operating on a somewhat limited basis.”

Autumn isn’t going to let a fire stop her plans for Webb’s Honey. “We are in the process of purchasing a piece of property so we can rebuild. I do have plans not just to get back to the level we were at before the fire but to come back bigger and better than ever.”

Webb’s Honey has an interim storefront to sell their locally made honey and other honey-based products. They take pride in offering the best quality of honey in Central Florida. “We do not process our honey in any way. We believe the bees have made a perfect product for us, so there is no need to filter or pasteurize the honey.” 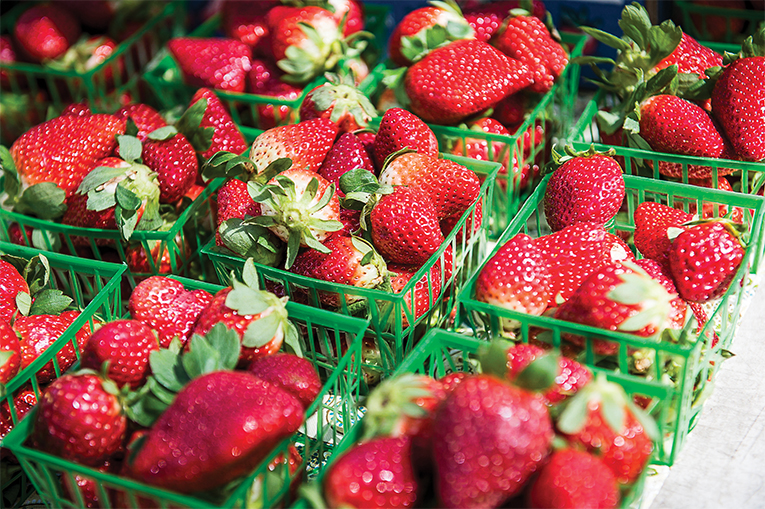 Growing up in Central Florida, “Zellwood” is synonymous with corn. Located just west of Zellwood is Long & Scott Farms, a fourth-generation family, where they carry on the tradition of growing the Zellwood corn Orlandoans have grown to love.

In 1963, Frank D. Scott, Jr. left his Virginia family farm with his wife, Becky, and three small children to start his own farm. He was encouraged by Billy Long, a successful “Muck” Farmer in Zellwood, who was his childhood friend and neighbor from the Eastern Shore of Virginia.

Frank began by clearing 100 acres of sand land to grow vegetables and expanded to 1200 acres over the years. Frank semi-retired in the early 2000s, but you could always find him cutting grass or cultivating somewhere on the farm. The Scott family lost Frank in 2017, but they know he is still looking over them daily.

Now run by Frank’s son Hank (Frank the III) with his son Sonny (Frank the IV), Long & Scott Farms is celebrating 56-plus years of quality vegetable production. “We are proud of our rich history and very blessed and thankful for land and water resources. We are good stewards of our land and water, protecting them for the next generation.” 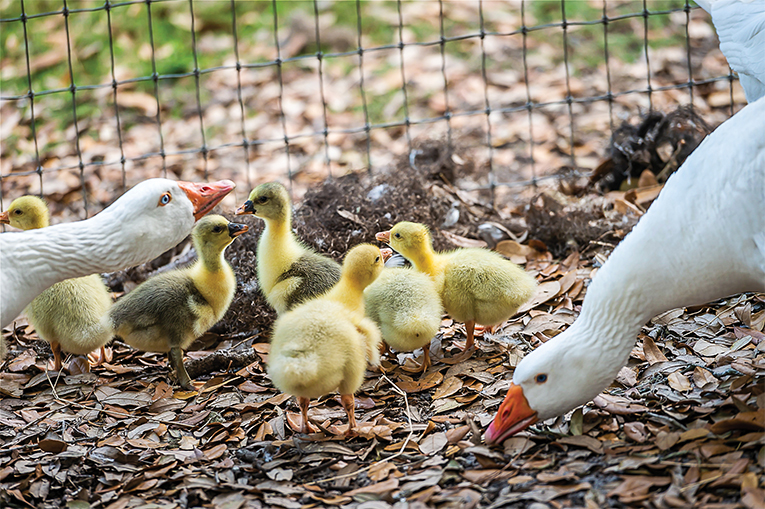 Fed an all-vegetarian, high-quality diet, their hens’ eggs are free of antibiotics, steroids, or animal by-products. Their eggs are found in hotels, restaurants, and Sunshine State stores. And if you don’t have plans to leave home, you can always find an assortment of egg options at their Farm Store.

The owner of Lake Meadow Naturals, Dale Volkert, grew up on a family dairy farm in Wisconsin. Dale’s father bought him his first flock of chickens for a 4-H project on May 20th, 1960. This farm became the home of his strong passion for raising chickens. In 1980 Dale migrated to South Florida, like many birds, for the weather. 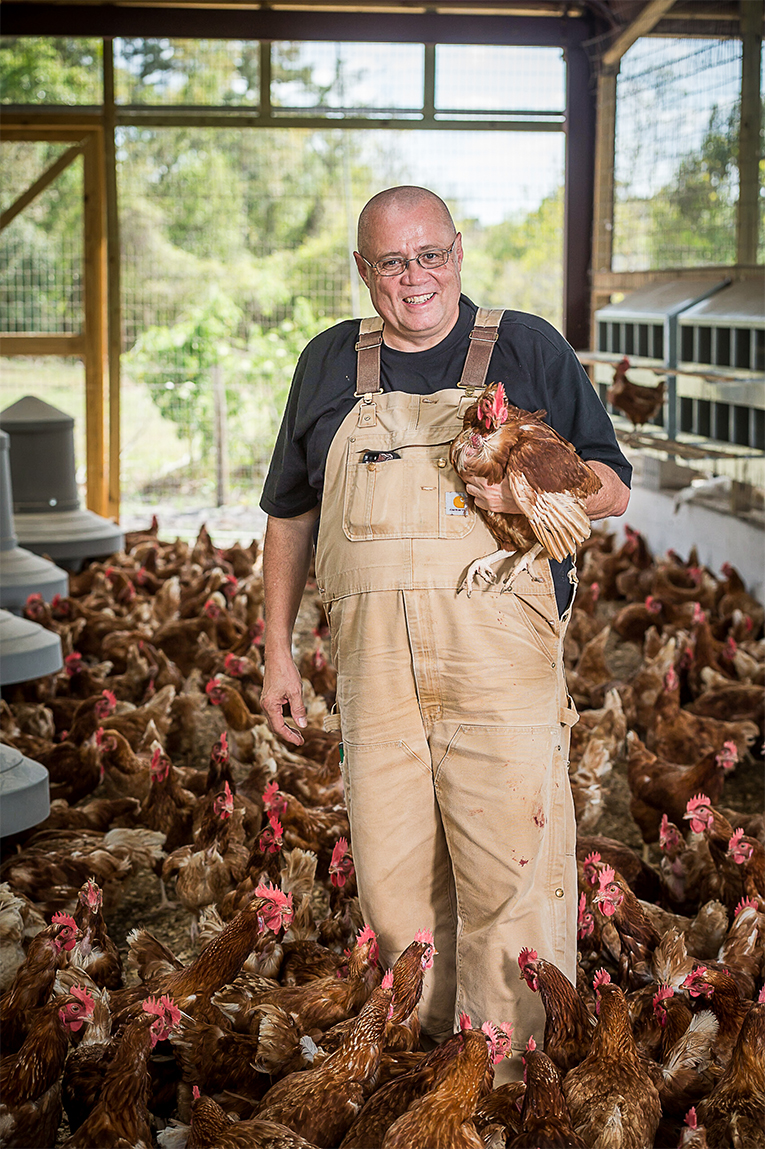 In 2000, Dale moved to Central Florida, and the quest began for some property with more space and proximity to Orlando to raise cage-free chickens. Once they found the location on Lake Meadow, and the day they closed on the property, chickens were delivered in honor of his father, 44 years to the date of his first flock from the same hatchery. Dale grew these hens to start laying cage and hormone-free eggs. He gave the eggs to friends and started selling some on Local Harvest, a website dedicated to helping bring small farms and consumers together.

Through the years, Lake Meadow Naturals has continued adding poultry and other related heritage and clean items to their product list and educating the greater community about the farm-to-table experience. Today they have over 100 acres and work with other farms to bring humanely raised natural meats to you. Their commercial kitchen produces hand-crafted Jams and Jellies, pickle products, and fermented products made in old-fashioned crocks, all in small batches. 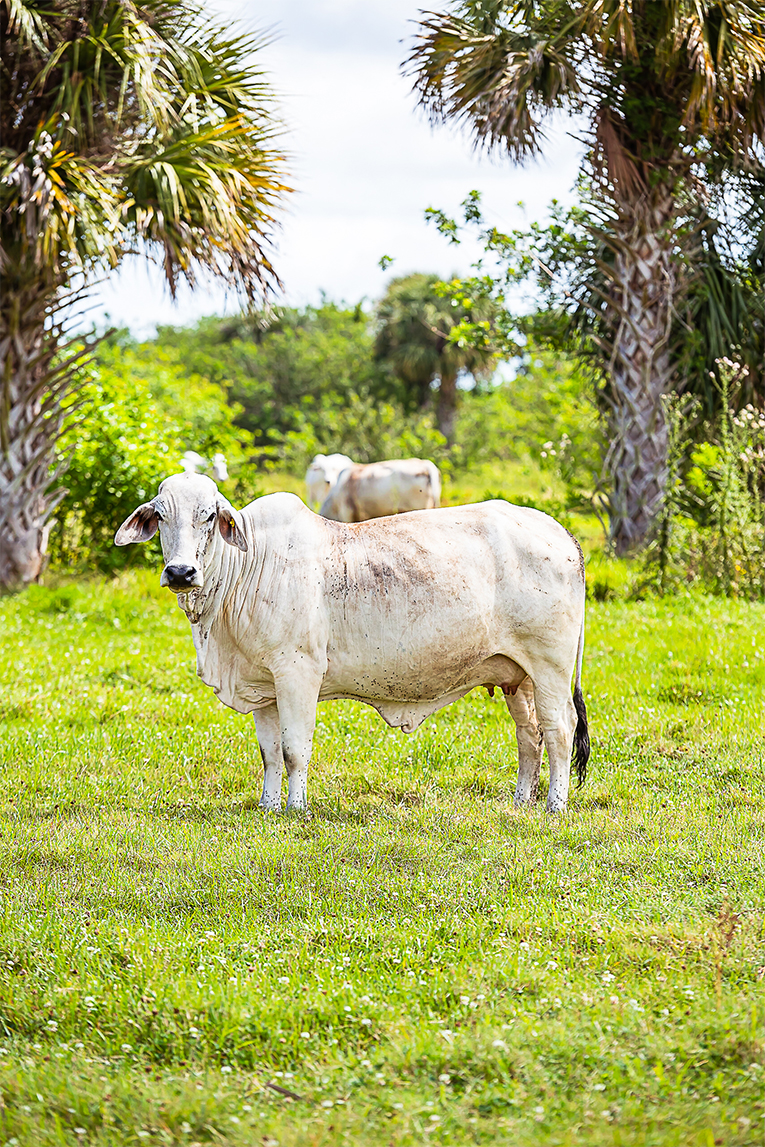 Indiana Hoosiers. Michigan Wolverines. North Carolina Tarheels. Every state has a nickname for its residents, and Florida is no exception. In the great state of Florida, we’re called “Crackers,” which refers to the sound of the whip made by early settlers to herd cattle.

While today we may be famous for our beaches and theme parks, Florida was initially known for having the largest cow operations in the country. Cattle were first introduced to North America in what is now known as Florida by Ponce de Leon as far back as 1521. The largest single brood cow herd in the United States is located in Florida.

Kempfer Cattle Company might not have started as early as 1521. Still, it dates back to 1888, when George W. Hopkins moved from Michigan to Florida to harvest timber and take advantage of the vast prairies on the headwaters of the St. John’s River for raising cattle. 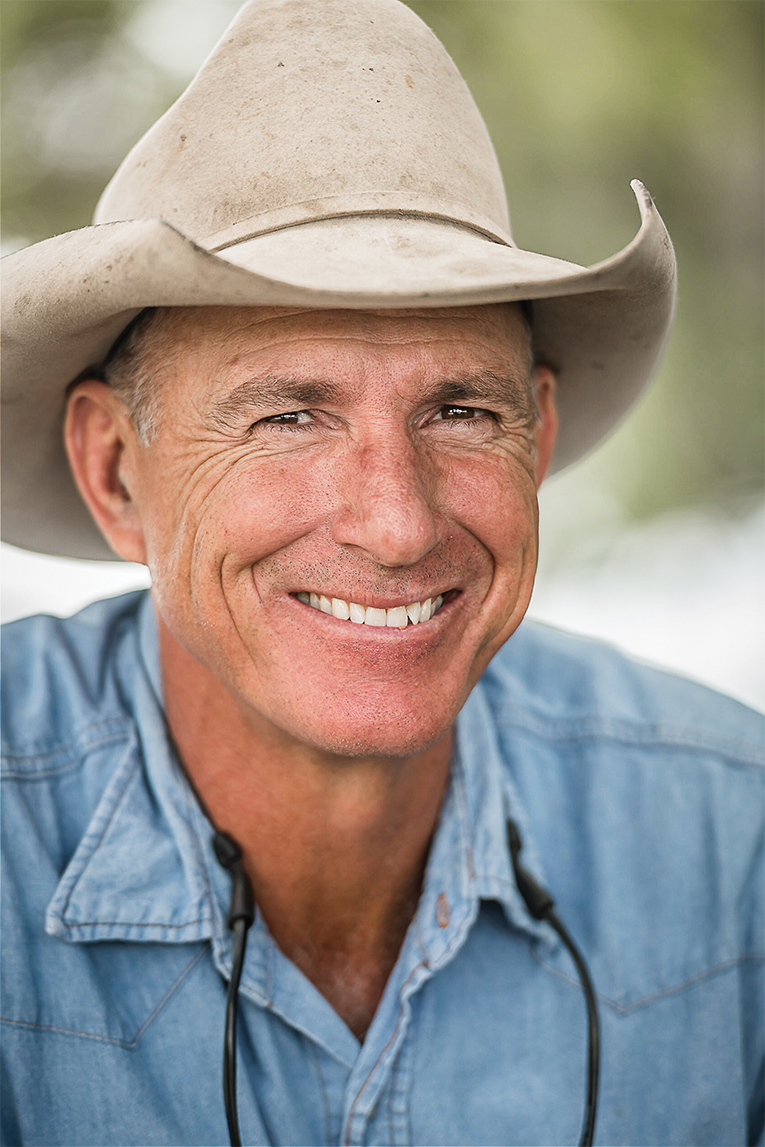 Today, the ranch is owned and operated by Billy and Reed Kempfer and their families, who work approximately 25,000 acres of the same country their ancestors put together. They have raised commercial cattle for over 100 years and purebred Brahmans since 1978.

At the heart of Kempfer Cattle Company is family. It has been a long tradition for all kids to work cows during summer vacation. They like to pick out steers to show for the upcoming fair during this time. The kids learn a love of the land and commitment to preserving this unique way of life by watching their dedicated parents and grandparents work the land daily. And the family tradition continues.

This article appears in the September 2022 issue of Orlando Magazine.
Categories: News and Features
Tags: farmers, farms, Florida, fruits, goats, honey, local producers, produce, vegetables
Want to read the whole issue? Download and read this issue and others on Magzter.