When Katerina Coumbaros’ uncle opened the original Taverna Opa in Hollywood, Fla., the family’s plan wasn’t to wow crowds with the use of napkins as confetti in chorus with shouts of “Opa!” And they didn’t think twice about dancing on the table when the mood struck. They did it because that’s what Greeks do, Coumbaros says.

“Everything came by chance. It was never planned. It was the customers, the atmosphere, the employees,” she says, adding that Greeks used to smash plates when they celebrated but traded that for the safer, less expensive option of tossing napkins in the air.

“Greeks love to have a good time.”

She and husband Vassilis opened a location in Orlando, with her mother, who moved here from Crete, cooking in the kitchen. Twelve years later, Coumbaros says, they attract regulars as easily as tourists to their Pointe Orlando location by keeping nearly the same staff they’ve had since opening and by using distinctive ingredients. Her mother is now retired but her recipes have remained with the restaurant.

“We try to focus on the food, and entertainment is extra,” Coumbaros says.

Vassilis visits Plant City weekly to pick fresh tomatoes for their hearty Greek salad. They also import their Greek ingredients, including the branzino, a European sea bass that Coumbaros says goes from sea to plate within 24 hours. 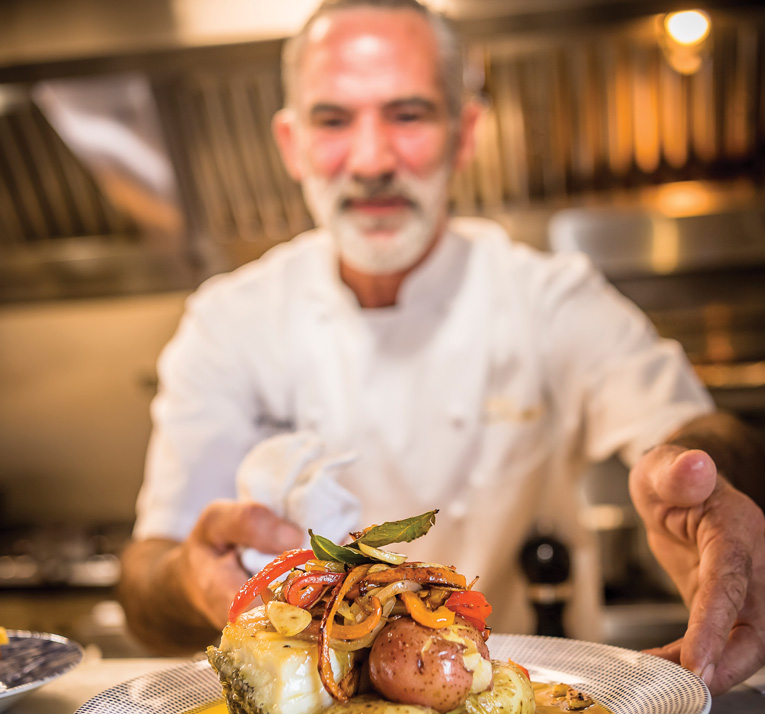 There aren’t any business hours posted on the door of Bem Bom on Corrine. People know that the Portuguese restaurant is open when the garage-style door is lifted.

Life on the food truck he operated for six years before opening the stationary restaurant in October was difficult—the limited space and staff, not to mention the 130-degree temperatures inside in the summer. But it won Mendonca hugely loyal fans, some of whom he says travel an hour-and-a-half to eat his cuisine.

“They were amazing with the truck and they’re still amazing,” he says. “I have incredible customers.”

He expanded the menu in his new location, but his biggest sellers are staples from his food truck days. In a typical week, he sells about 800 rock shrimp thanks to the Rockin’ Tacos; orders about 400 pounds of pork, mostly for the Carnitas Tacos; and goes through at least 500 papo secos rolls—a Portuguese favorite that he serves with nearly every dish. Mendonca orders the rolls from a secret source located four hours away, claiming they are the only ones who can achieve a perfectly crunchy outside while maintaining a sop-worthy, spongy inside.

The source of his ingredients is the secret to his success, he says, referencing his mother’s advice:  “If you search for great ingredients, your job as a cook is easy.” Corrine Drive, Audubon Park; bembomfood.com—M.S. 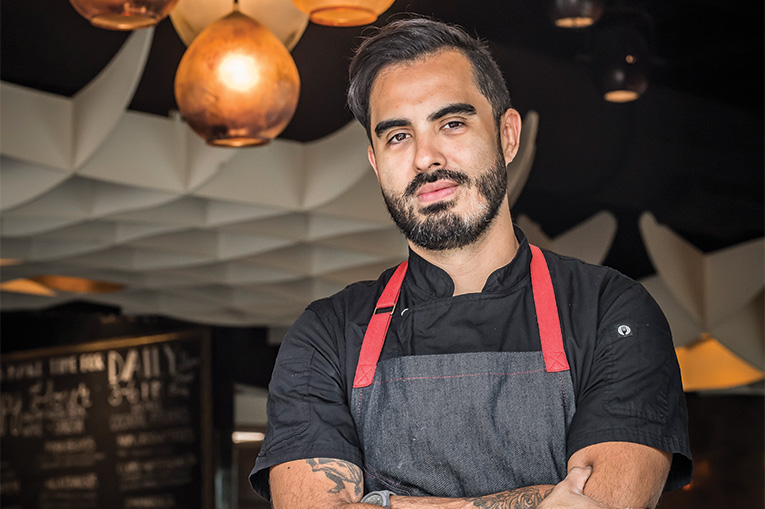 When a cook at Tapa Toro brings a new recipe to Executive Chef Frank Galeano, he takes the first chance he gets to work with them, tweaking ingredients and method to see if the dish will fit in with the restaurant’s traditional Spanish fare.

“I like [cooks] to stay motivated, stay interested and stay curious. I call it putting their fingerprint on the menu,” says Galeano, who stepped up from the chef de cuisine position in October. “If I allow them to be creative in the kitchen, it forms a bond and gives them more loyalty to the workplace.”

It also creates a team of professionals who are mining bold new recipes and modern twists on Spanish classics and, he says, a more inclusive, healthful menu, from a roasted eggplant “steak’’ with cauliflower, capers, kale and raisins, to an herbed chicken sandwich with grilled vegetables and red pepper aioli. As a follower of the Keto diet, Galeano likes that there are cooks of all backgrounds weighing in, including a vegetarian and a student of holistic medicine.

Galeano adopted a thirst for kitchen experimentation from his mother, who loved trying new recipes that Galeano found in books and magazines.

“To me, cooking was being with family,” he says.

So naturally, he treats those he shares his kitchen with like family. They often stay after hours playing with recipes in the kitchen and get together regularly outside of work.

“We do try to create a really nice kitchen culture. No one lets anyone drown,” he says. ICON Orlando 360, International Drive; tapatoro.restaurant—M.S. 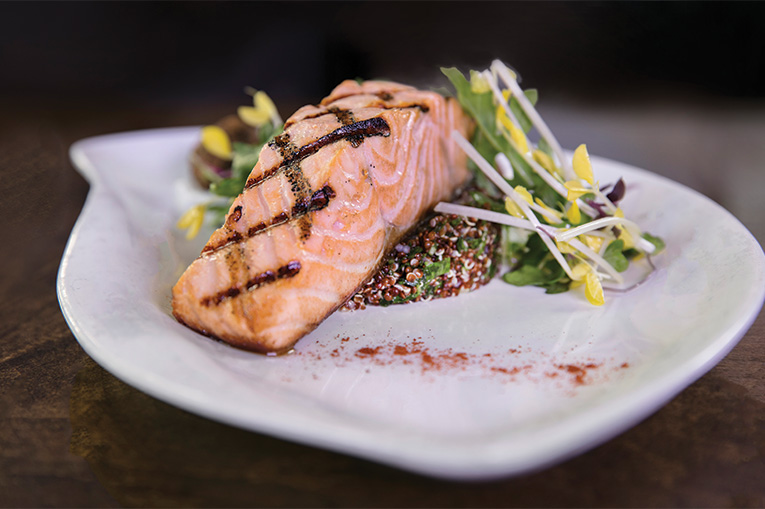 Deep blu is casting its net outside the box, offering seafood people might not encounter elsewhere. A current, creative catch is lionfish—known for its venomous spines in nature but colorful and delicious on a plate, says John Branciforte, director of sales and marketing. All the fish on the menu are caught sustainably, meaning they’re not threatened or endangered.  Branciforte says deep blu’s most intriguing dish is the Black and blu Linguine. Squid ink is blended with the pasta to create silky, black strands, which deep blu Chef Wade McLamb mixes with fresh blue crab, arugula, cherry tomatoes and tops with shaved parmesan.  “Most Americans don’t know about it,” Branciforte says of the colorful pasta. “The flavor profile on that is great.” Wyndham Grand Orlando Resort Bonnet Creek; deepbluorlando.com —M.S. 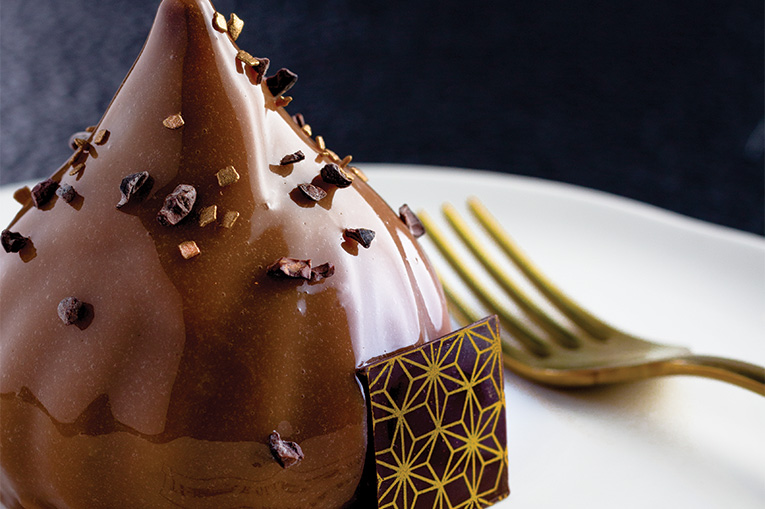 When Steve Brown’s family sat down for a meal in his childhood home, there was always a wedding cake in the way. He and his siblings helped his mother, Jacque, who made and sold wedding cakes from their Lakeland home, with everything from mixing to decorating to cleaning up. Brown fell in love with cakes—the precision that baking them requires, the happy occasions they garnish and the unity they brought to his family. The former CEO of Accesso Technology opened The Glass Knife, a cake shop and cafe in Winter Park, with his partner of 17 years, Lance Koenig, in 2017, shortly after Jacque died unexpectedly. The name is an ode to her collection of Depression-era glass knives, which are displayed in the top of the long, walnut table in the center of the restaurant.    Brown ensured that the precision necessary for a great cake was channeled into everything, from floor tile that matches the design on the glass knife handles, to cedar-smoking the chocolate inside the S’more Cream Puff to add a hint of campfire. South Orlando Avenue, Winter Park; theglassknife.com—M.S.