While you may not be the type to frequent a country club, there’s something to be said for having brunch at one. The setting at Plancha, the lakeside clubhouse at the Four Seasons Tranquilo golf club, is idyllic, with views of course and water available from every seat. Brunch at Plancha is more than just breakfast stuff served late. It’s an exercise in playful cookery, such as Old Mill of Guilford cheddar grits from North Carolina with Gulf shrimp and a hit of chorizo heat; an exceptional slab of buttermilk-crusted fried chicken on a cornmeal waffle and jalapeño syrup; or raspberry and white chocolate buttermilk pancakes. Four Seasons Resort Orlando at Walt Disney World Resort; fourseasons.com/orlando/dining/restaurants/plancha—J.H. 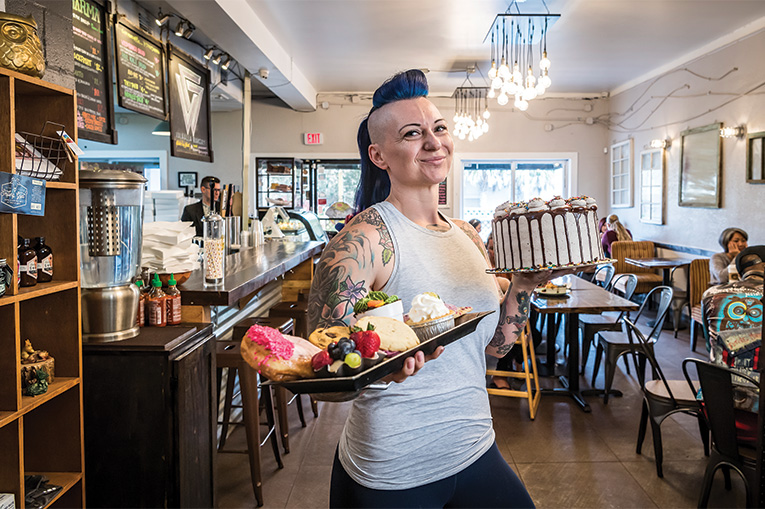 Veganist Shaun Noonan and powerhouse doughnut maker Celine Duvoisin have made Market On South the go-to for things vegetarian and decadent. The home of vegan savory Dixie Dharma and egg-free, dairy-free Valhalla Bakery, MoS makes plant-based food not only hip but delicious. And one neighborhood inspires another: Dharma bum Noonan is partner in the recently opened Eola General store and the Curate art gallery/restaurant, both in the Milk District; aspiring Sanford food hall Henry’s Depot will include a Dixie Dharma; and Tampa food hall Armature Works includes their veg-based goodies. Meanwhile, the sweet goodness of Valhalla has a home in St. Petersburg, while Duvoisin’s square Valkyrie Doughnuts dominates the before/during/after meal snack scene near UCF.South Street, west of Primrose Drive; marketonsouth.com—J.H. 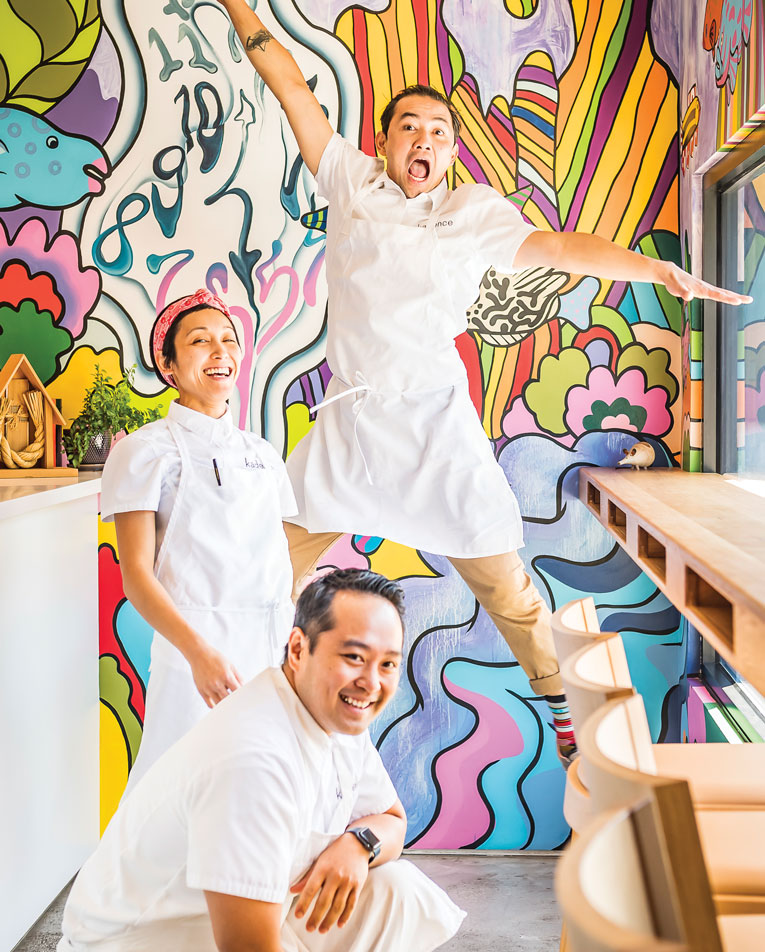 Mark Vyan Berdin, Lordfer Lalicon and Jennifer Bañagale measure their growth in small increments—the move from Kappo, their seven-seat eatery in East End Market, to Kadence, nearly around the corner, added just two seats and encased the business in a flat black box, unsigned and unadorned. The embellishments are found within: jewel tones of Japanese skipjack and salmon roe, deep red bonito and pearly cuttlefish, like gems in an elegant box. The challenges are learning to literally “trust the chef” (the meaning of omakase), and getting one of those nine seats. Fortunately, pre-ordered takeaway chirashi bowls are available for lunch and dinner. Kadence is an anomaly, a big-city, big-ticket treasure that succeeds because of, and in spite of, its uniqueness.  Audubon Park; kadenceorlando.com—J.H. 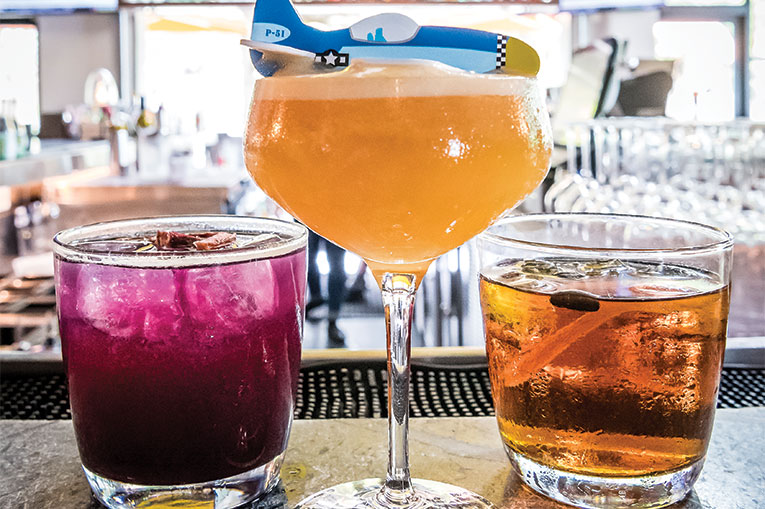 It’s called a “cocktail program” in the trade, but there’s nothing formulaic about the creations coming from the bar at Luke’s (it is called Kitchen AND Bar, after all). Barrel-aged and draft cocktails (the on-tap Jaguar, consisting of Elyx vodka, Boomsma Beerenburger and Lindsay bitters, grapefruit, apple and lime is complex enough to occupy most of the evening) complement a full menu of what Luke’s calls “classically inspired libations.” S. Orlando Avenue, Maitland; eatatlukes.com—J.H. 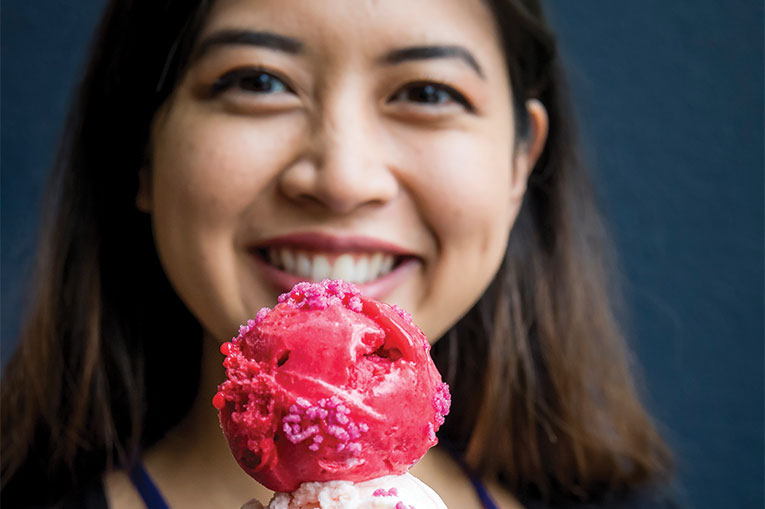 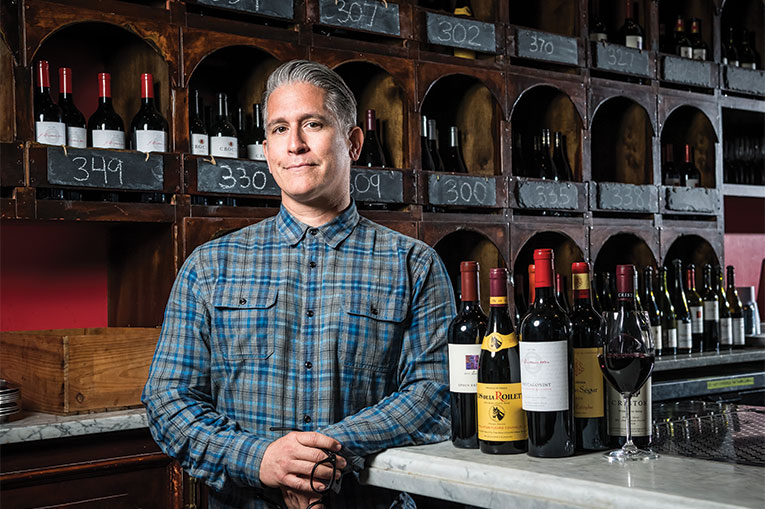 When DoveCote opened in 2016, the pairing of Chef Clay Miller and drinkmeister Gene Zimmerman instantly became a match as organic as a glass of Vouvray and a plate of mussels. Zimmerman’s deft palate has created a compact and slightly esoteric wine list that leans toward Gamay Beaujolais, Colombard and other niche grapes that offer great value in bottles that, as he says, “are true to Clay’s cuisine but are also a good, drinkable beverage.” He likes wines from family vineyards that tell a story. “I’m not trying to change the way Orlando drinks wine,” he says, while doing exactly that. North Orange Avenue at Livingston Street. dovecoteorlando.com—J.H. 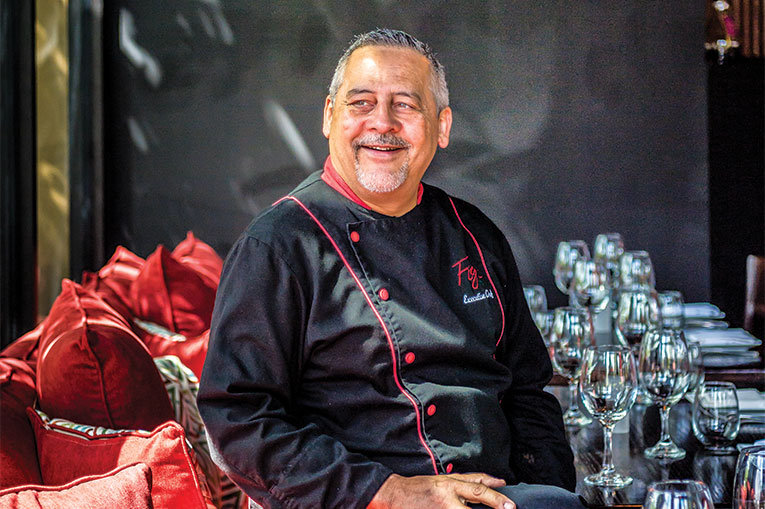 Dining recognition comes in waves; Winter Garden used to be a far-out destination for the undiscovered; now nobody gives a trip to Chef’s Table at the Edgewater a second thought. And so it should be for Fig’s Prime, all-l-l the way up there in Altamonte Springs. Combine a comfortably upscale ambiance, subdued but attentive service, and the multicultural talents of Chef/Owner Victor Gonzalez, and this eatery should rank among your first choices for dinner. Prime steaks (at very affordable prices), a first-rate shrimp and diver scallop dish, and a finger-licking mussel appetizer are just some of the highlights you’ll be talking about the next day. State Road 434 just west of Interstate 4; figsprime.com—J.H. 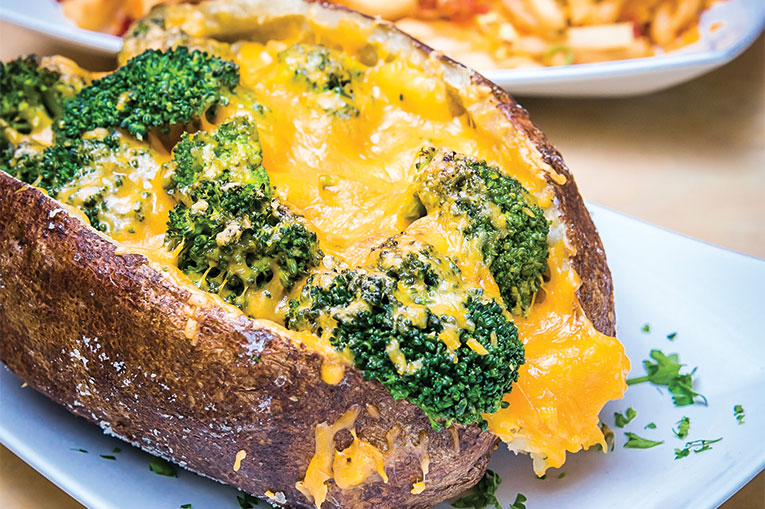 It sounds simple: grated potatoes, grilled into a saucer shape. But the Brazilian delicacy called a rosti potato originated in Switzerland, uses a national signature cheese (catupiri) developed by Italians and is way larger than you can imagine. The South American batata Suíça takes the idea of crisp hash browns and fills them with gooey, savory goodness: ham and cheese, beef stroganoff, Buffalo chicken and many other varieties. Rafaela Cabede’s creations have been featured on Guy Fieri’s Diners, Drive-Ins and Dives and even without national flame-headed attention are a unique and exemplary treat. South Kirkman Road at Conroy Road. mrspotato.net—J.H. 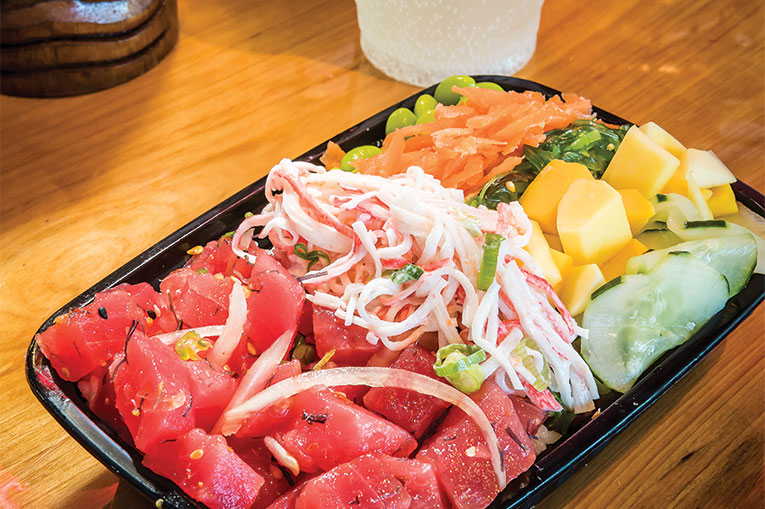 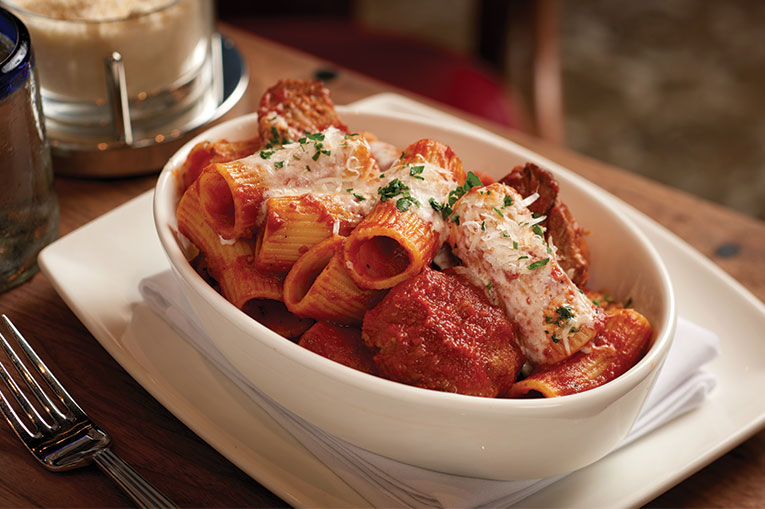 It’s a secret restaurant with a bright neon sign pointing to the door. A fabled underground access tunnel that serves dinner and cocktails. A hidden Prohibition rum runners’ tunnel taken over by an immigrant Italian family that is a total Disney Springs fabrication. And I adore it. Chef John Miele turns out house-cured salumi and fresh pastas, eggplant a la Romano and richly charred steaks, chicken saltimbocca and rigatoni with Sunday sauce. It’s a Roman fantasy meets graffitied speakeasy easily reachable without leaving Orlando. patinagroup.com/enzos-hideaway—J.H.