Abby Stassen,
The night of Saturday, September 22nd  was ideal Florida fall weather, with temperatures finally retreating into the mid-80’s. It was the perfect evening for burgers, beer and live music, and at 6 pm sharp, Orlando magazine’s 2018 Burger Battle began. Eighteen contenders from Orlando, Maitland, Orange City and beyond set up tents in the parking lot of Seminole Harley- Davidson in Sanford to vie for the top slot in the Judges’ Choice and People’s Choice awards. 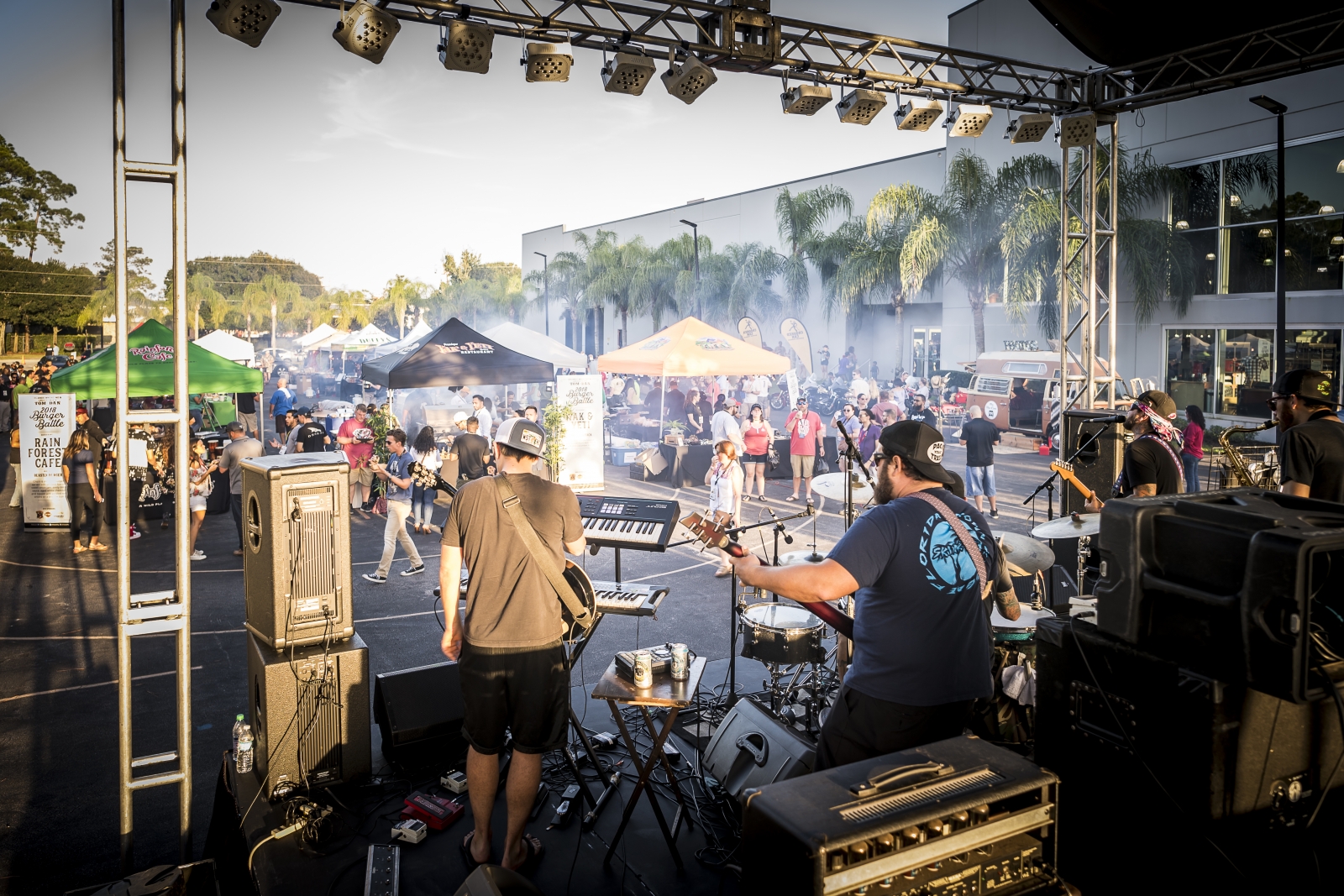 With podcast extraordinaries Tom and Dan at the helm as hosts and reggae/rock group The Supervillians taking the wheel for entertainment, there was plenty to do when attendees needed a break from tasting the competitors’ burgers. Sponsors like Crooked Can Brewing Company upped the ante on the event by providing plenty of (free!) craft beer, and VIP guests enjoyed complimentary cocktails from Courtesy Bar. The supply of free beer and cocktails made this event adults-only — and a perfect date-night outing. 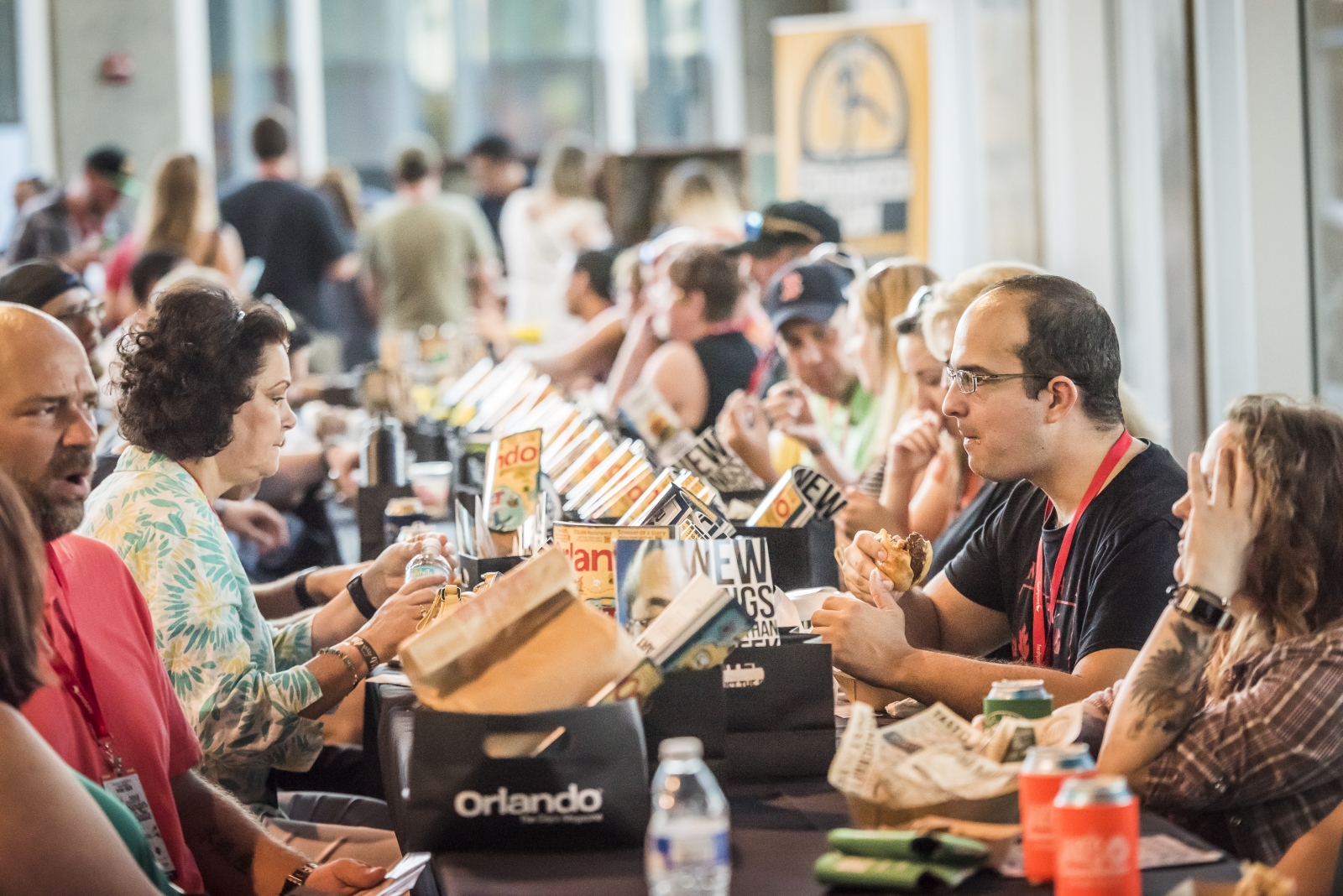 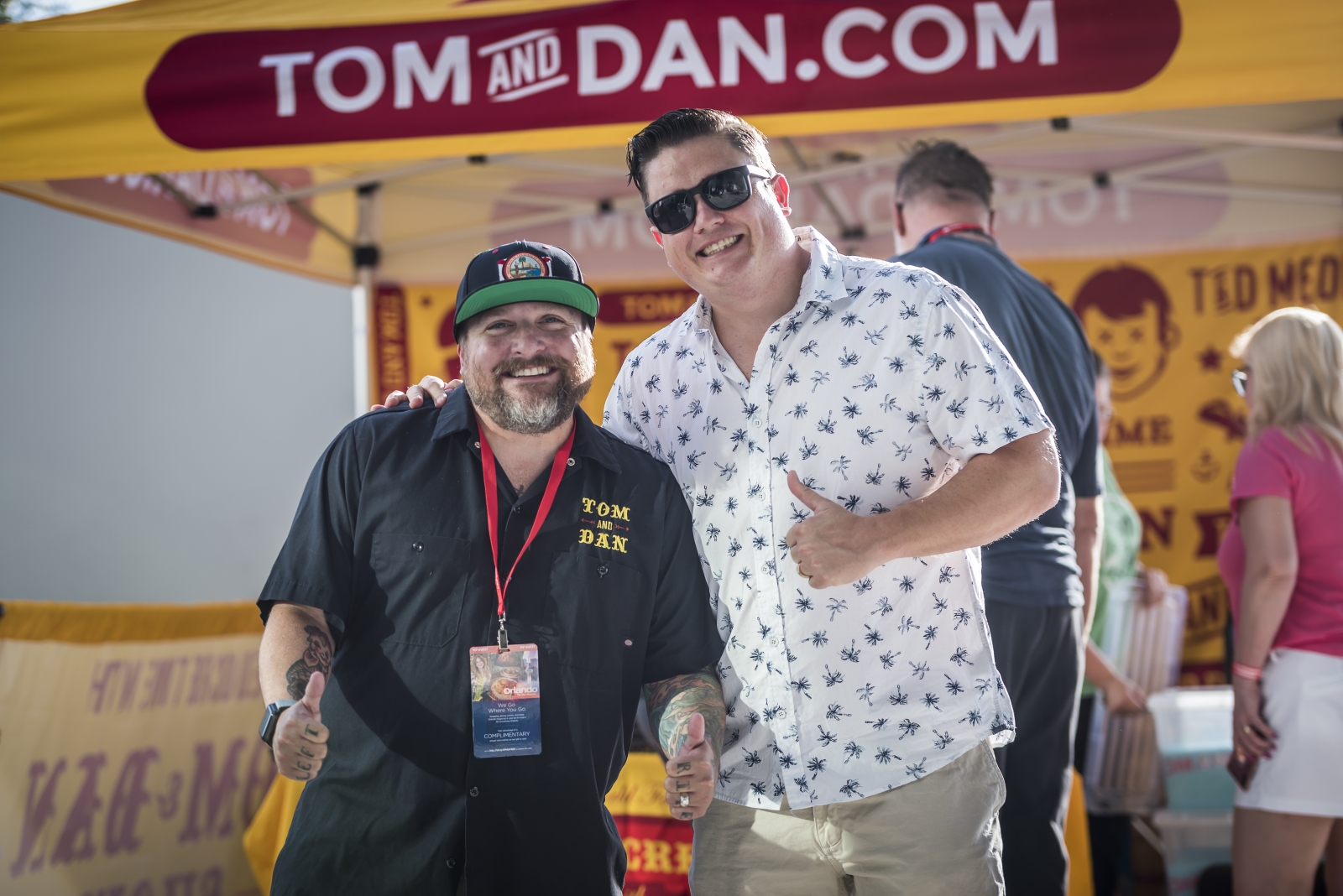 As they had on the airwaves during the week before, head hosts Tom and Dan had fun dishing out gentle ribbing to Colbert over his age (although we hear that Tom and Dan are no spring chickens themselves). The Supervillians played a three-hour set that kept the energy high during the tastings. Burger fans who needed a break from the heat could duck into Seminole Harley-Davidson for a look at the shop’s high-end bikes — at one point in the evening, the dealership’s clanging sale bell even rang out. 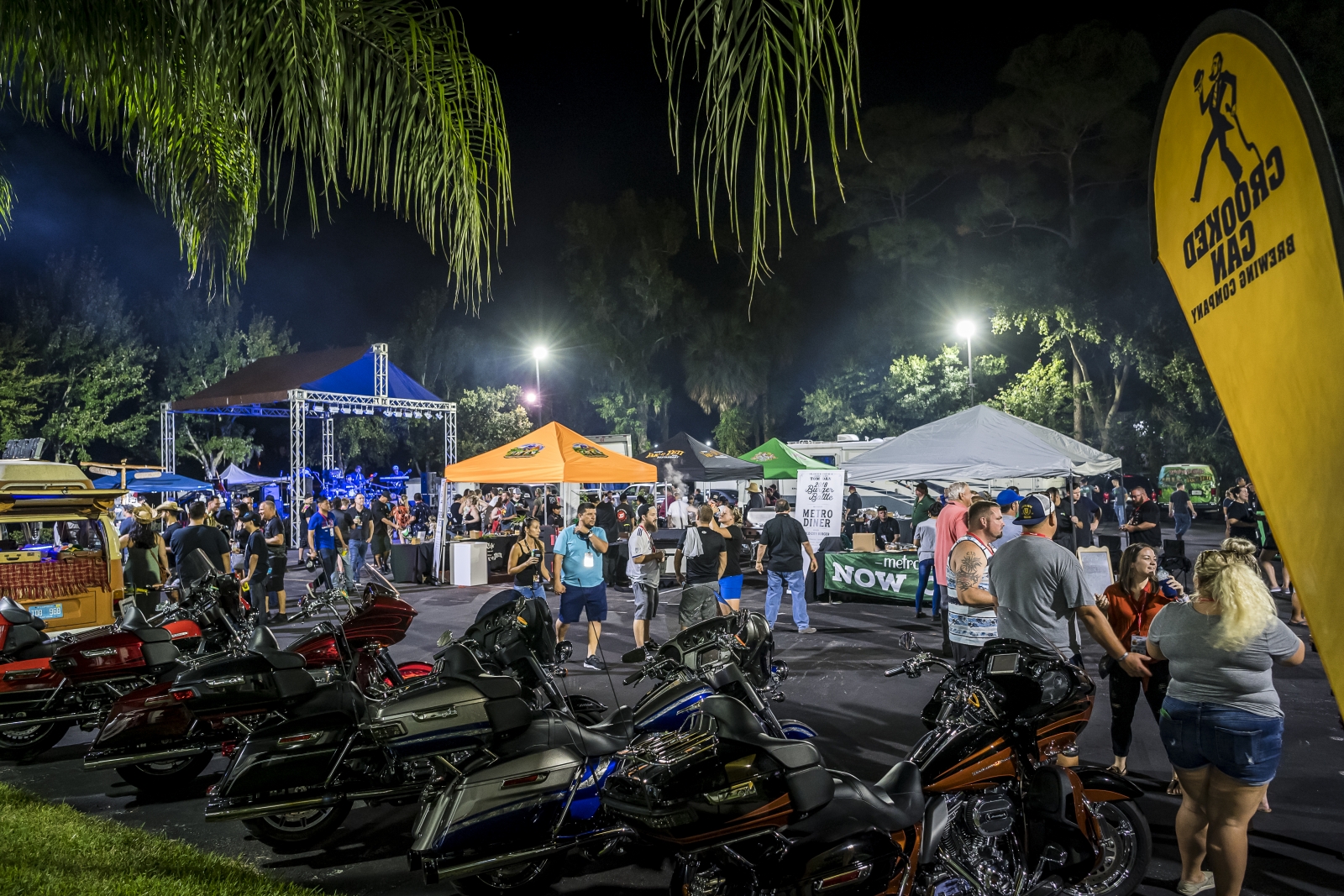 The real stars, of course, were the 18 burgers from restaurants ranging from friendly sports bars like Duffy’s and Drive Shack, to modern American cuisine like Shula’s 347 Grille, to high-end French stop DoveCote. The sheer number of burgers created a sense of camaraderie among the attendees. Since there were too many delicious options for any one person to sample, guests connected by sharing notes on their favorites and comparing the merits of simple-yet-tasty tavern burgers to high-concept items like Korean pork belly patty and bacon mousse. Culinary acrobatics from restaurants like Orlando standby White Wolf Cafe and internationally inspired entries from Disney World Resort’s Yak & Yeti had everyone bringing their A-game: this was not a night for wilted lettuce or traffic-light orange slices of American cheese. 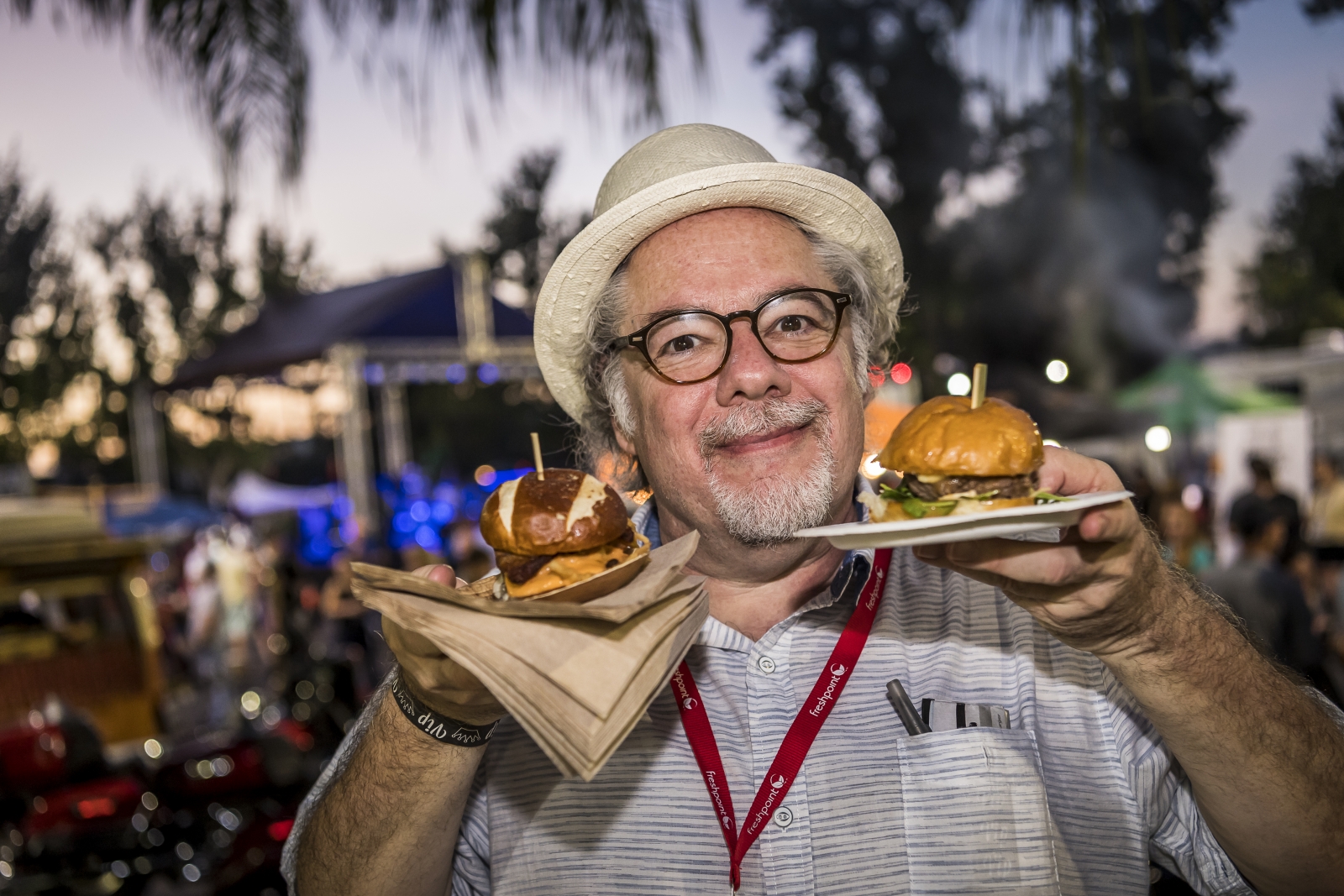 There was something for everyone, but the talk of the evening was centered on the restaurant that earned first place in both the Judge’s Choice and People’s Choice categories: Orlando Meats. The full-service butcher prevailed with a Mini Mid Rare selection of fresh, grass-fed beef, creamy provolone, and an inventive bacon xo sauce and garlic aioli combo, perfectly sandwiched between a to-die-for French roll that had people talking long before the final votes were cast. Joseph Hayes fills you in the other results and more here.
Even if you didn’t agree with the final results, one thing was for sure: these gourmet burgers hit the spot, and Orlando magazine really knows how to throw a party.
This article appears in the October 2018 issue of Orlando Magazine.
Categories: Events
Access Your Free Copy of Orlando Magazine's December 2020 Issue