The Pet Cover field was crowded—more than 175 candidates were vying. But in the end, Pizza Pie won the reader poll with a simple platform of beauty and affection. 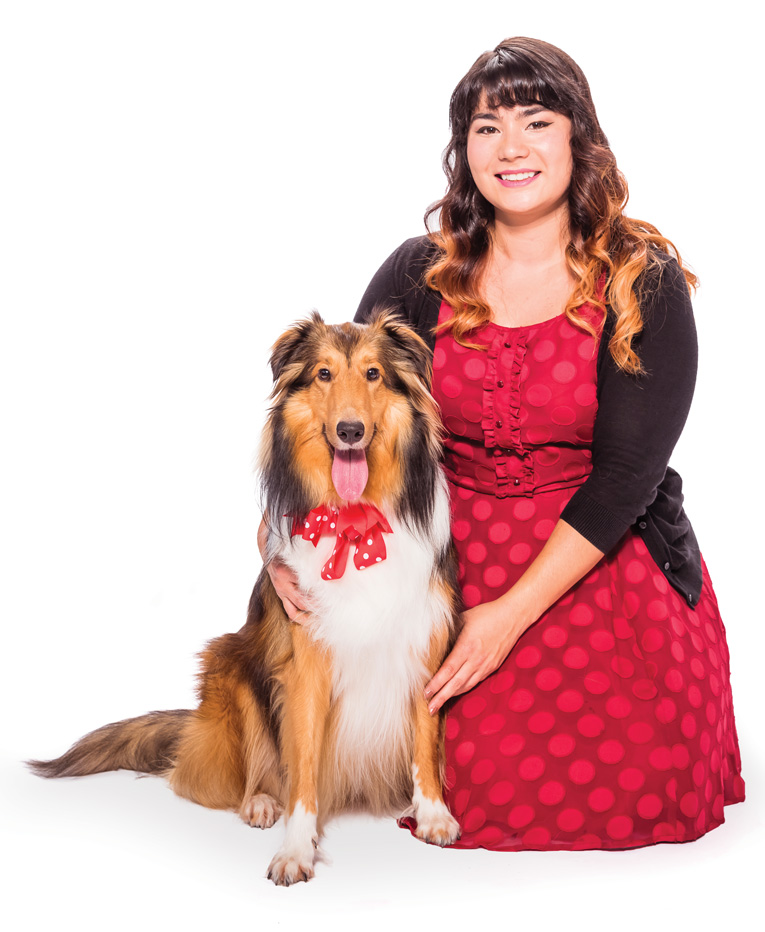 Cover Winner
Shetland Sheepdog
Age: 21 months
Lives with: Rebecca Green in Orlando
That name: Rebecca was looking for a cute foodie-type name and it struck her that her Sheltie's nose resembled the shape of a pizza slice.
Big girl: Pizza is bigger than most Shelties. Normally they weigh 14-27 pounds. She tips the scales at 44.
Nurse Pizza: Rebecca's mom recently had heart surgery, and Pizza has been a source of joy and healing.
Favorite pastimes: Digging backyard holes, fetching mini-soccer balls, chilling out with housemate Holly, a 13-year-old Sheltie-Corgie mix
Instagram account: @PizzatheSheltie 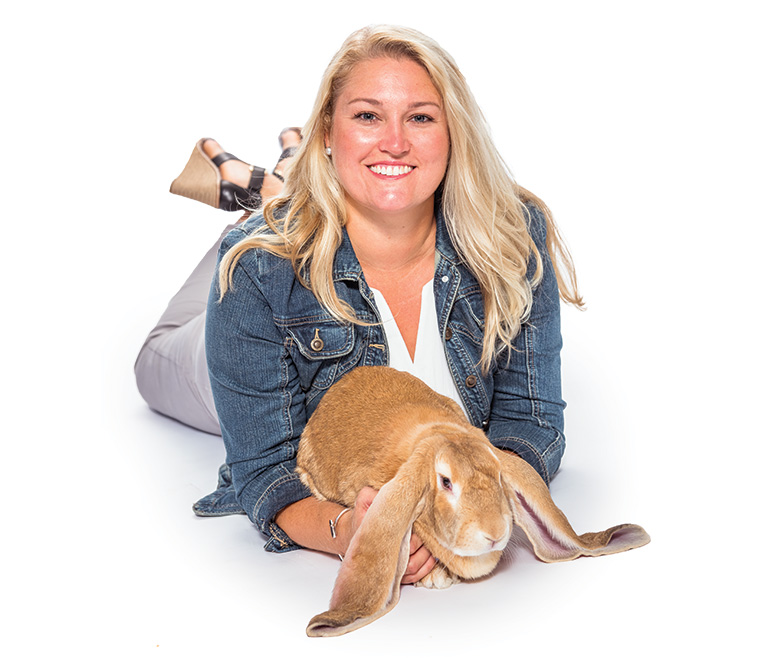 1st Runner Up
English Lop Rabbit
Age: 16 months
Lives with: Jennifer “JC’’ Hammer in Orlando
Mr. Big: Hudson weighs 12 pounds and is 28 inches long when he's stretched out.
Named after: English explorer Henry Hudson because he is curious and adventurous.
Favorite food: Kale and blueberries.
Attention must be paid: Flips his food dish when he wants more oats.
Household compatriots: Bohdan the black lab, and Raleigh the Bengal cat. Both enjoy grooming the lop.
Favorite pastimes: Chewing on flipflops, sunning with Raleigh in the afternoon
Instagram: @Hudson_The_English_Lop 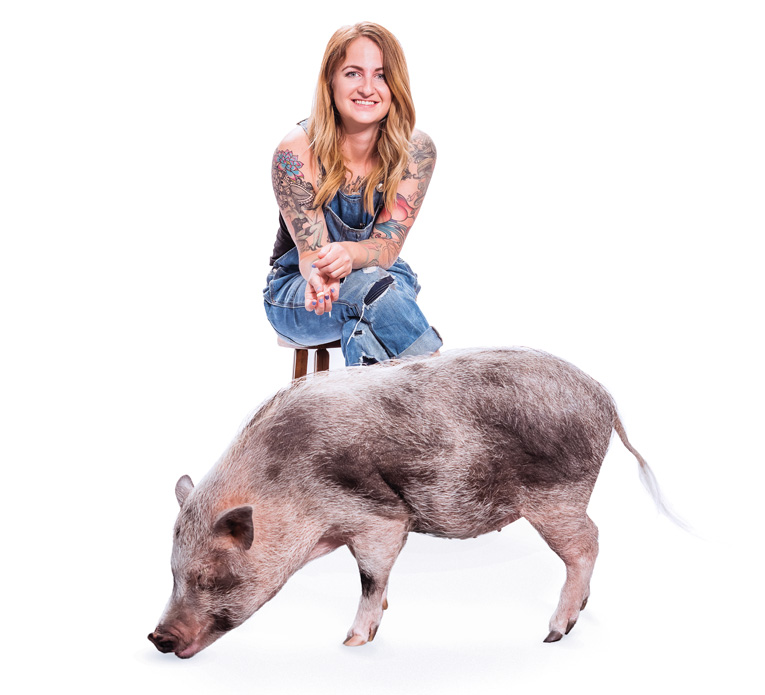 2nd Runner-Up
Domestic Pig
Age: 2
Lives with: Brittany Williams in Orlando
Favorite pastime: Rooting in the backyard
Favorite toy: Treat-dispensing ball
Most endearing qualities: That speckled snout. And he loves to cuddle.
Listen up, Einstein: Pigs are some of the smartest animals on the planet. And some of the stubbornest. Pepper flips his water bowl onto the kitchen floor when he’s hungry. And at bedtime? He walks around the bed grunting until he’s let under the covers.
Social butter-pig: When he’s goofing around out in the yard, motorists stop and get out to talk to him.
I don’t bathe often, but when i do…: Pigs are very clean animals. When Pepper does take a bath, he enjoys a snack of peanut butter. 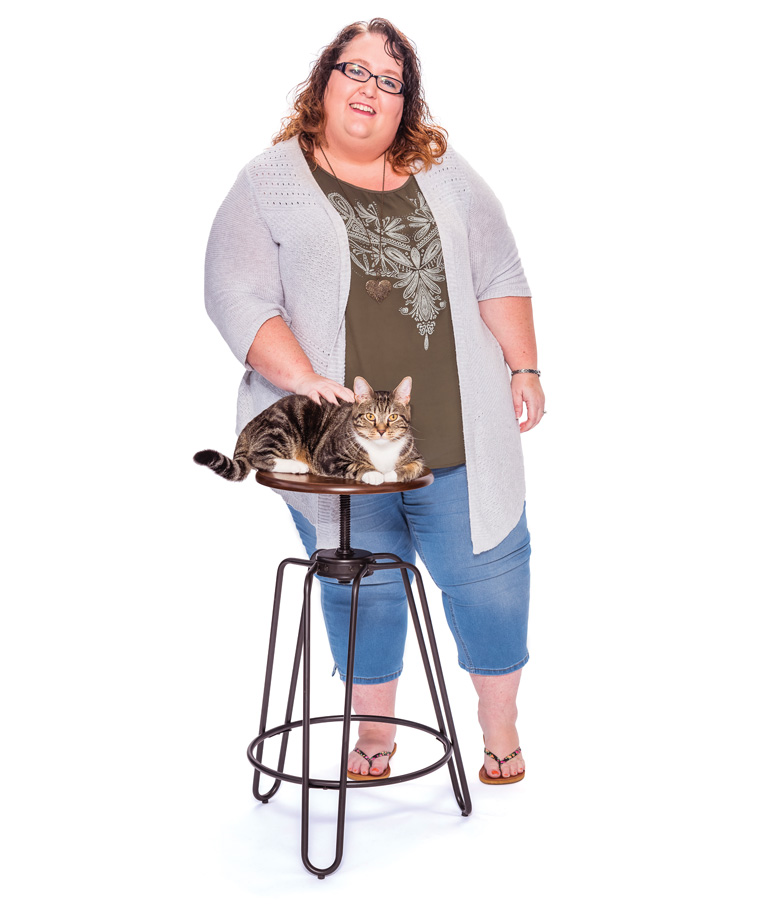 Finalist
Domestic Shorthair Tabby
Age: 1
Lives with: Nicki Underwood in Windermere
That name: The preferred sleeping location when the tyke was brought home from animal services was the chest—as in human chest. Which is how he got his name.
Formal title: Captain Chester E. Chesterson.
First Earth-shattering conquest: Four ceramic mugs, knocked to the floor from
atop kitchen cabinet near ceiling.
Favorite relaxation spot in the bathroom: The sink.
Favorite relaxation spot in the kitchen: The sink.
Clean Team: Bats around and paws at plates of leftovers left on the counter in an attempt to bury/conceal them… somewhere. 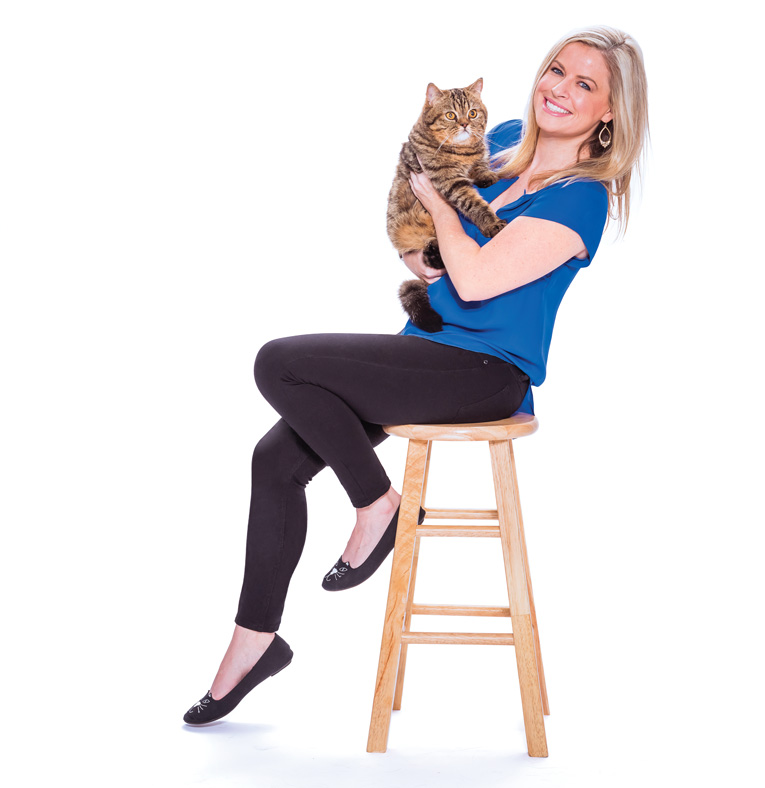 Exotic Shorthair Tabby
Age: 1
Lives with: Emily King in Winter Park
Naming journey: Pickles to Mr. Pickles to Kitty and finally, Rocco Kitty.
Family scratching post: Dad was a ginger tabby; Mom was a calico.
Endearing qualities: Chubby cheeks, fat feet. Ability to make biscuits—or at least go through the motions. Rocco, like many cats, stays busy kneading with his paws, which is usually accompanied by loud purring.
Favorite pastimes: Unraveling rolls of toilet paper, batting twisty ties, delivering ninja bunny kicks, observing lizards, getting drunk on catnip.
Say anything: Rocco allegedly led his owner to believe she would win a Ferrari if he got on the cover.
Instagram: @kittyrocco 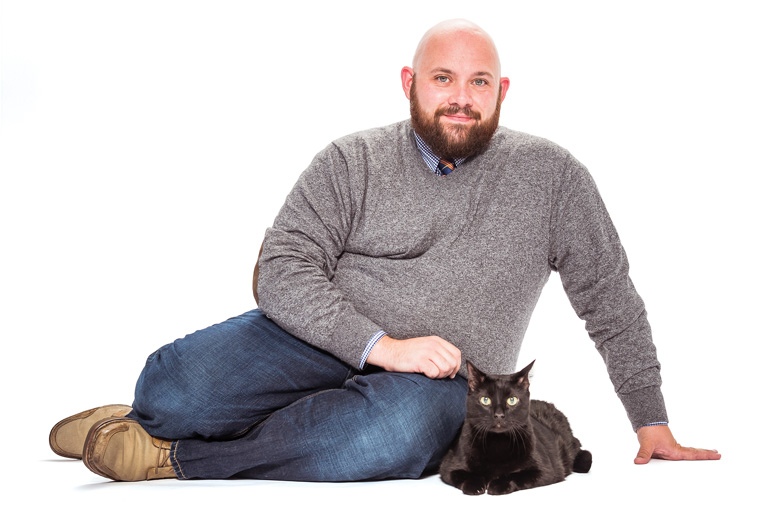 Domestic Black Shorthair
Age: 13
Lives with: Brian Bravender in Orlando
Inherit the wind: Bosco was one of two kittens rescued by a veterinary technician friend of Bravender’s after Hurricane Lili in New Orleans in 2002.
Drinks on the house: Prefers his water directly from the faucet.
First of nine lives: When he was just a lad, he singed his backside after brushing against candles on a coffee table.
Favorite toys: Rubber bands and milk jug rings.
Sweet and salty: When he’s had enough cuddling, he lets you know with a little swat.
Click this: One claw longer than the others results in an ominous clicking sound when he walks across a wooden floor. Reminds Brian of velociraptors from Jurassic Park. Sleep tight. 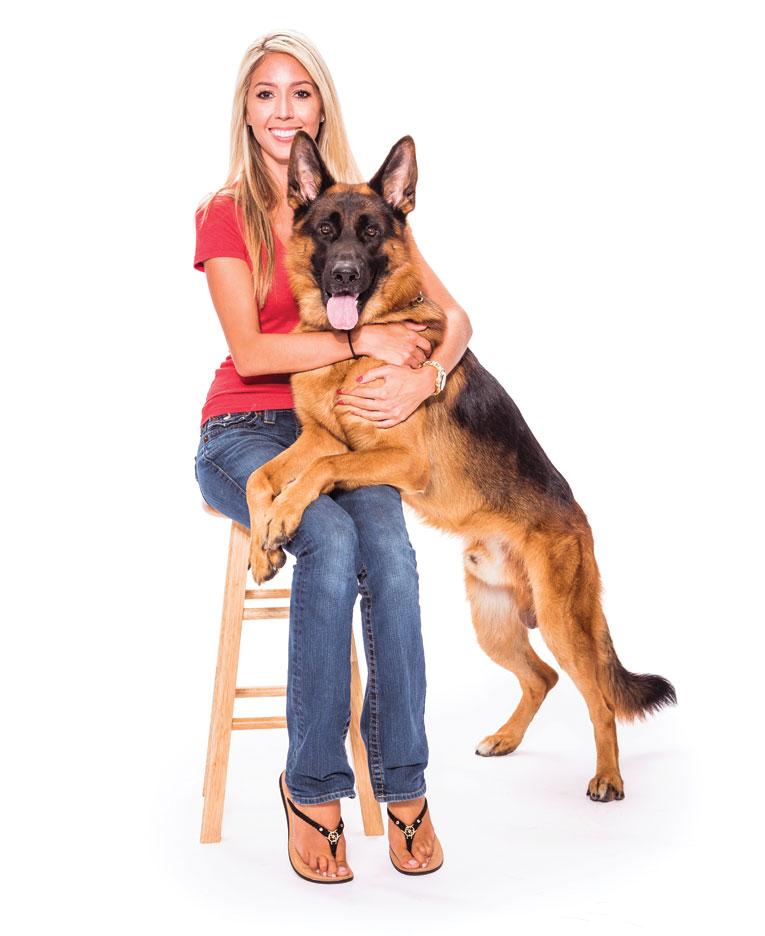 German Shepherd
Age: 21 months
Lives with: Ashley Shaughnessy in Orlando
Hails from: Czech Republic
Primarily trained in: Personal protection, tracking, obedience.
Secondary skills: "Stinkin' cute'' family guy, curious ham, slobbering on tennis balls.
It's all about the ball: Ghandi has a powerful innate "ball drive,'' meaning he'll do almost anything to get at the orb. Which makes for a great training tool. And a heck of a game of fetch.
Bilingual boy: Obeys commands in German but also understands words like "sit'' and "down'' in English.
Is that a verb?: Thinks he's a small dog and tends to "Velcro'' himself to people.