18 Local Leaders in an Age of Crisis: Miles Mulrain Jr. 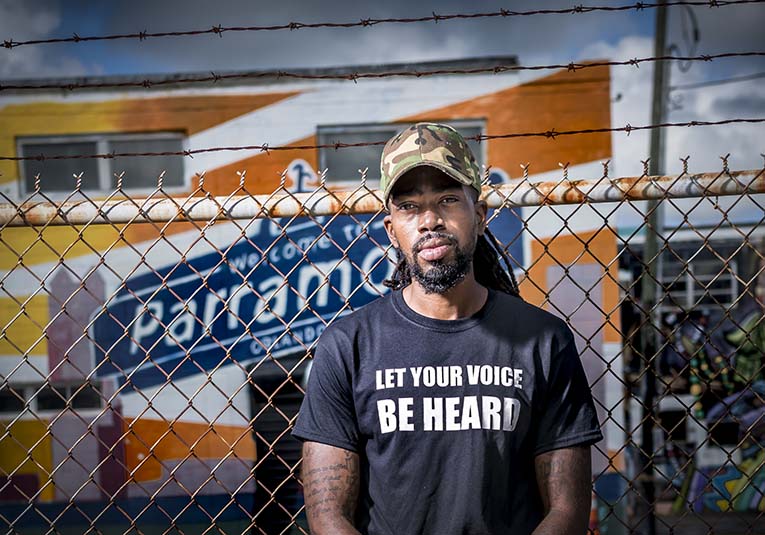 When a teenage Miles Mulrain Jr. got into trouble with the law or skipped school, his friend Gino Nicolas was in his ear, telling him to walk a straighter line.

Years later, Mulrain finally listened to his friend, starting the activist group Black Orlando United to support Black businesses and help curb crime. Nicolas, by then, was the Orlando coordinator of My Brother’s Keeper, a national initiative to increase opportunities, through education and employment, for young Black men.

In 2016, at age 24, Nicolas was killed in their Parramore neighborhood, struck by a stray bullet in a drive-by shooting. The tragedy pushed Mulrain further into activism.

“My friend was the definition of someone staying on the right path and got killed being in the wrong place at the wrong time,” he says. “That was my charge to do more. We decided to do something to stop the violence.”

Mulrain’s current organization, Let Your Voice Be Heard, supports crime survivors and fights racial injustice, something Mulrain says has been a form of therapy for him.

“I do what I wish someone would do for me,” he says.

On New Year’s Day in 2017, at Mulrain’s mother’s home, a stray bullet from a drive-by shooting came so close to his 11-year-old brother’s head that his ears were ringing. He still sometimes freezes when descending the stairs because of the trauma. This strengthened Mulrain’s passion toward helping crime survivors heal.

“Hurt people hurt people,” he says, explaining that crime victims are less likely to later commit crimes themselves when they get treatment.

Let Your Voice Be Heard became more visible after helping to coordinate this year’s Black Lives Matter protests that brought thousands to Orlando streets after a Minneapolis police officer was filmed kneeling on the neck of a handcuffed George Floyd on May 25, killing him.

LYVBH speaks out against what it perceives as racially charged injustices in the community, such as the child who was banned from a private school in 2018 for having dreadlocks. The organization has given out four college scholarships, including the Pine Hills Community Scholarship. It hosts school workshops, meet-the-candidate events and conducts voter outreach. It also partners with other organizations, including Beautiful Safe Beginnings, which hosts regular food and clothing drives.

Mulrain says protests will fire up again after the election—something he says more people are paying attention to this year because of the pandemic and racial issues.

“No matter who gets in office, it’s a reason to take it back to the streets to either support that person who won or, if someone is elected that the people were not advocating for, then it’s time to make demands and let those people know we’re watching them,” he says. “It’s going to get charged up in November.”

This article appears in the October 2020 issue of Orlando Magazine.
Categories: Home Page Features, News and Features
Tags: Jr., Miles Mulrain
Want to read the whole issue? Download and read this issue and others on Magzter.