18 Local Leaders in an Age of Crisis: John Morgan 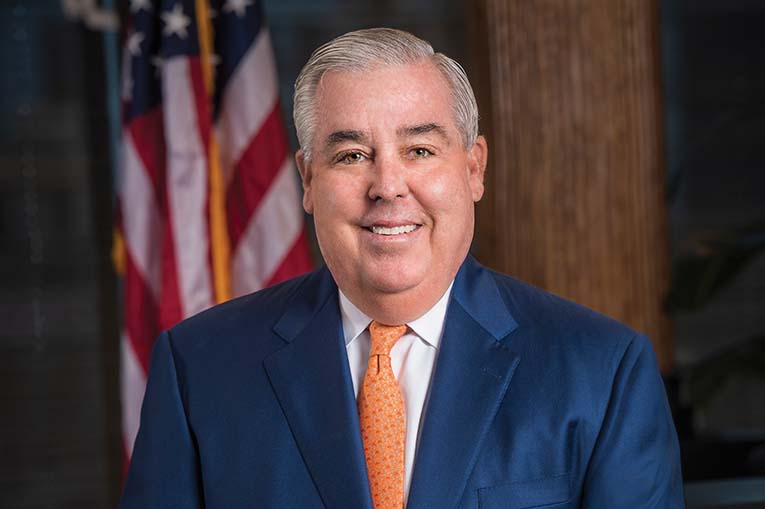 Twenty-nineteen was a great year for John Morgan and 2020 was looking brighter. He had secured more than 770,000 signatures to get a state constitutional amendment question on the ballot to increase the $8.56 minimum wage to $10 in 2021 and to $15 by 2026. The Amendment 2 campaign, financed with more than $5 million of his law firm money, won approval from the Florida Supreme Court to be on the ballot in November. His Morgan & Morgan law firm also had come off another billion-dollar year in settlements.

Then came the coronavirus.

Morgan’s business empire—including numerous hotels, indoor tourist attractions and commercial real estate holdings—largely came to a standstill. Many of the businesses were shuttered. Courts were closed. Hundreds of his 3,500 employees were furloughed.

The minimum wage measure remains on the ballot and, if voters approve, would be a huge victory for Morgan. But the world is a very different place from last summer, when Orlando magazine named Morgan the Most Powerful Person on its annual Top 50 list.

“Managing in the pandemic is like managing in a hurricane every day—with no end in sight,” Morgan says. “It’s been the most stressful time of my life, businesswise. You just didn’t know what was going to happen. I have been more active in my businesses than any time in my life.”

Re-engineering logistics at his law firm so employees could work from home. Managing cash flow. Waiting for insurance firms and courts to reopen so they could settle or try cases. “When the world stops, all accidents stop,’’ he says, referring to potential clients who now were not calling.

Also driving Morgan was the welfare of his employees. “The main thing is trying to keep thousands and thousands of people employed,” he says.

With the economy opening up again in late May and early June, Morgan has been trying to get back on track by resuming non-law firm operations, though at a reduced level. But he has continued to expand his business portfolio over the summer, breaking ground on a Chicken Guy! restaurant with celebrity chef Guy Fieri in Gatlinburg, Tenn.; launching a sixth WonderWorks attraction in Branson, Mo.; and opening a law office in San Francisco as he expands the reach of his 16-state, 600-attorney firm. Locally, Morgan is a partner in the $1 billion, 80-acre O-Town West commercial and residential development near Lake Buena Vista.

Last year, the longtime Democrat turned Independent. He is routinely quoted in the national media on politics, ranging from Politico and The New York Times to The Atlantic and CNBC.

Although he declines to discuss details, Morgan and wife Ultima have continued their well-known charitable giving.

This article appears in the October 2020 issue of Orlando Magazine.
Categories: Home Page Features, News and Features
Tags: John Morgan
Want to read the whole issue? Download and read this issue and others on Magzter.