18 Local Leaders in an Age of Crisis: Harris Rosen 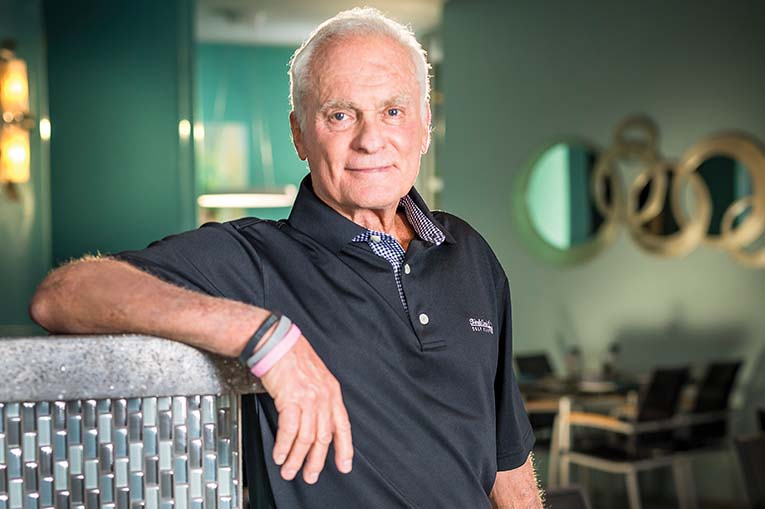 Harris Rosen is not accustomed to challenges he cannot overcome. But for the strong-willed, self-made hospitality magnate, the COVID-19 pandemic has been a formidable foe.

In July, despite $6 million in federal employee-retention assistance, the CEO of Rosen Hotels & Resorts announced “a substantial reduction in workforce” among his 4,500 workers. “Never in the 46-year history of my company would I have envisioned such a drastic decision,” he said in a press release. “This is especially painful for me, as I consider these valued associates as extended members of the Rosen family, without whose contributions our company would never have achieved the success it has through the years.”

Rosen’s name is synonymous with hotels—he owns eight locally. But it’s his good works that are legendary. He has funded everything from a southwest Orlando Jewish Community Center to UCF’s hospitality school. He has provided on-site medical care and language training for his workers, many of them African American, Hispanic and non-English-speaking immigrants. He has delivered supplies to and helped rebuild earthquake-ravaged villages in Haiti. And he continues to provide comprehensive assistance to the predominantly Black communities of Tangelo Park and Parramore, including daycare and college scholarships for every graduating senior.

So when the death of George Floyd reignited the Black Lives Matter movement, no one needed to “wake’’ Rosen about the issue of racial equality. Black lives have always mattered to him.

He’s understandably skeptical of newfound concern by both major corporations and street demonstrators about racial division and underserved communities.

“Caring is wonderful. But caring without doing is kind of an empty promise. To say we care, but not to do doesn’t solve any problems. …And protesting is fine. That’s what democracy is all about. But to protest without having a plan to remedy a situation doesn’t really achieve much at all.”

“In the U.S., inequality of opportunity should never exist,’’ he continues. “And if we had a Tangelo Park program and a Parramore program in every underserved community in America, we would not recognize this great nation. Ours is not the only answer. But it certainly is a viable answer.’’

Regardless of the economic impact on his business, those programs will continue to be funded through his Harris Rosen Foundation.

As of mid-September, Rosen Plaza and Rosen Inn at Pointe Orlando had reopened. Another property, Clarion Inn Lake Buena Vista, was scheduled to reopen Oct. 1, rebranded as Rosen Inn at Lake Buena Vista. Plans are to open the remaining four hotels throughout the winter into January 2021. If and when that happens, employees will be needed back on board.

For now, leadership remains important—“the ability to stay calm and not to panic, to call your team together on a regular basis and speak with them and let them know you are available 24/7,’’ Rosen says. “That is the kind of stability that people are looking for during these difficult times.’’

This article appears in the October 2020 issue of Orlando Magazine.
Categories: Home Page Features, News and Features
Tags: Harris Rosen
Want to read the whole issue? Download and read this issue and others on Magzter.