18 Local Leaders in an Age of Crisis: Dave Krepcho 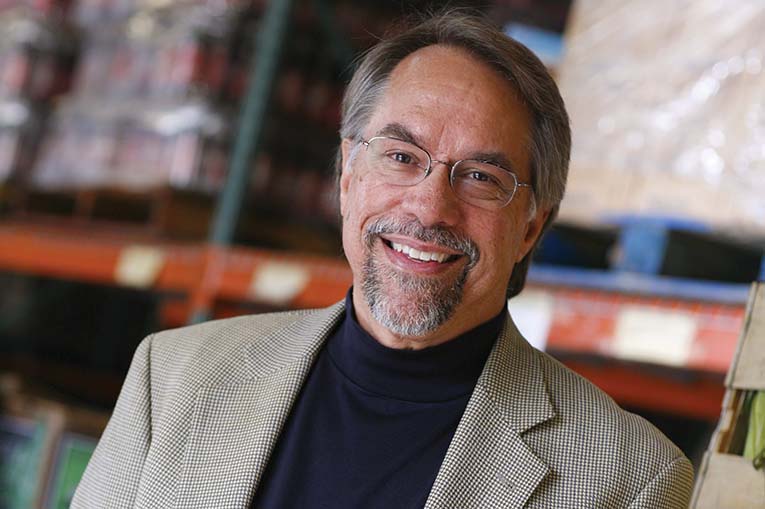 When Dave Krepcho heard that Walt Disney World was closing in March, he knew it was time to switch into disaster mode.

“It’s like trying to change your flat tire while doing 70 miles per hour down the highway,” Krepcho says of responding to the pandemic.

The number of people considered to be “food insecure” in Central Florida reached 865,000 when the pandemic hit, compared to 560,000 during the same time in 2018.

“I’ve been doing this for 26 years around the country and I’ve seen the impact of 9/11, the recession, hurricanes, floods, fires—you name it—and this COVID is the worst of all of it as far as the impact on food security,” Krepcho says.

Since the pandemic hit locally in March, Second Harvest has been distributing enough food for 300,000 meals a day—that’s a 100 percent increase over pre-pandemic numbers. And because of social distancing requirements, they’re operating with half their usual number of volunteers. They’ve never run out of food thanks to support from Congress’ CARES Act, the millions of pounds of fresh produce they rescued  in the spring that was going to waste at Florida farms after restaurants closed, and the $2.1 million in donations they received from Central Florida’s corporate and family foundations.

Krepcho says much of the demand for food has come from people who haven’t asked for assistance in the past. For instance, Second Harvest’s homepage has a “food assistance” link to connect people to community food distributors. It was clicked about 63 times weekly pre-pandemic; that went up to 1,200 times a day in mid-March.

“We’re not seeing any decline [in demand],’’ he says. “There’s a huge population of people that aren’t back to work.”

When asked if the pandemic has caused him any sleepless nights, Krepcho says: “One of the things I’ve learned over the years is to build a strong team to be able to lean on each other. I like to spread the weight around. I always take a few moments to take a few breaths, get centered.”

Krepcho says the future of Second Harvest is addressing the root causes of hunger— education, income, affordable housing—and working alongside organizations that address those shortfalls in the community.

“We have to work more systemically around this population in need. Opportunities pop up during disasters in the heat of battle,” he says. “There’s an old African proverb that says, ‘If you want to go fast, go alone. If you want to go far, go together.’ ”

This article appears in the October 2020 issue of Orlando Magazine.
Categories: Home Page Features, News and Features
Tags: Dave Krepcho
Want to read the whole issue? Download and read this issue and others on Magzter.