10 Must See Films or Series During Covid-19 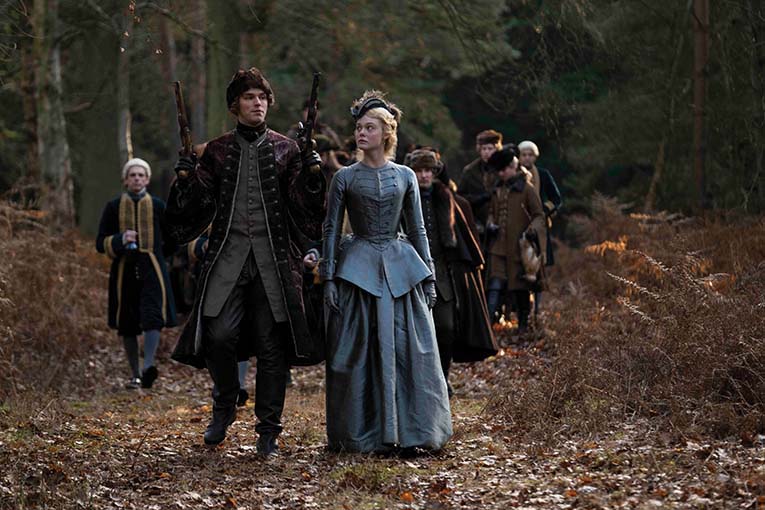 Crip Camp: A Disability Revolution—This is the best documentary that Netflix has released this year. A summer camp in the Catskills was repurposed as a getaway for disabled teens “by a bunch of hippies” in the 1960s. The kids who went there became the vanguard of a disabled rights (Americans with Disabilities Act) revolution in the ‘70s, ‘80s and ‘90s. Inspiring. Netflix.

Mrs. America—The just-launched series about Phyllis Schlafly, the woman who gave birth to the “conservative revolution,” has a dazzling cast headed by Cate Blanchett. Schlafly and her rise to fame fighting against the Equal Rights Amendment (for women) in the ‘70s is re-created in nine installments, with Rose Byrne as feminist Gloria Steinem, Margot Martindale as Congresswoman Bella Abzug, and Tracy Ullman as Betty Friedan. With Elizabeth Banks, James Marsden and many others. Hulu, FX.

The Great—If you liked the HBO Helen Mirren take on Catherine the Great, this “how Catherine got to be great” series starring Elle Fanning and Nicholas Hoult might be for you. It’s a sadistic, oversexed romp through her unhappy marriage to “Peter, but you’re not great” and the intrigues that made her empress of Russia. Hulu.

A deep dive into any streaming service quickly reveals that each has its sweet spot, a specialty in which it shines brightest. Netflix does the best job with documentaries and teen comedies, with a few overlong Oscar contenders offered every fall. Hulu does better with prestige subject matter, literary sci-fi like The Handmaid’s Tale. Amazon does better movies (not series) than either of them.

If your Smart TV has Roku installed, that’s a great place to browse for shows and movies you didn’t know existed, particularly travel shows from abroad.

And remember, you can purchase almost any film or series you can’t find by other means via Amazon or YouTube. Here are seven deep-diving adventures:

Detectorists—If you think no one could possibly conjure a sweet, sad and intimate portrait of the solitary hobby of metal detecting, think again. Mackenzie Crook, a bit-player cutthroat in the Pirates of the Caribbean movies, created this and co-stars in it with the great character actor Toby Jones. Wistful romance, backstabbing competition and a little history—exactly what these OCD loners are digging up in the British countryside.  Netflix, Roku.

Blow the Man Down—Imagine Blood Simple set in Mystic Pizza land. Two Maine sisters try to dispose of a pimp and would-be rapist’s body in their small fishing town without being discovered by the cops or punished by the madam (Margot Martindale) of the local brothel. A real Down East nail-biter, aye-uh! A little extra flavor? A singer, in fisherman’s oilskins, steps on-camera to sing sea chanteys that comment on the people, the place and the action. Amazon Prime.

Bad Lucky Goat—Been a while since you’ve been to “de islands?” Get a taste of REAL island life (Providencia, midway between Colombia and Nicaragua) via this authentic indie film about the bad luck incurred when you run over the wrong goat. A teen brother and sister have to make amends, shed the “bad luck” the accident has caused, dodge the local gang boss who owned the goat and sell the carcass, because goat meat’s good eating. Mon. Delightful. Amazon Prime, Film Movement+.

Swallow—Florida native Haley Bennett (The Girl on the Train) stars in this squirm-inducing thriller about an unhappy young wife who takes to ingesting odd objects as a way of lashing out at her controlling husband and suffocating mother-in-law. The disorder is called pica, and Bennett gives a career-changing performance in this harrowing exploration of it. Amazon Prime, YouTube, Vudu.

Come to Daddy—Elijah Wood has used his Lord of the Rings fame and hipster rep to get a lot of unusual, cool thrillers in the can, none more nerve-wracking than this one, about a Los Angeles DJ and record producer summoned by his long-estranged father to a UFO-shaped cliffside house in the remote Pacific Northwest. The reasons “Daddy” (Stephen McHattie) wants him around? Just you watch and see.  Amazon Prime, YouTube, Vudu.

The Maggie—A little-seen classic of the Golden Age of British comedies and of the famed Ealing studio. This 1954 Scottish gem is about the misadventures of a rascally skipper and crew evading interception by the micro-managing American (Paul Douglas) as they haul his expensive furnishings, via every quaint canal and one-pub village, up the coast to his country house. Practically a period piece in its postwar Scottish detail, and a twee delight from start to finish. Amazon Prime, Film Movement+, Vudu, and the BFI (British Film Institute) streaming site.