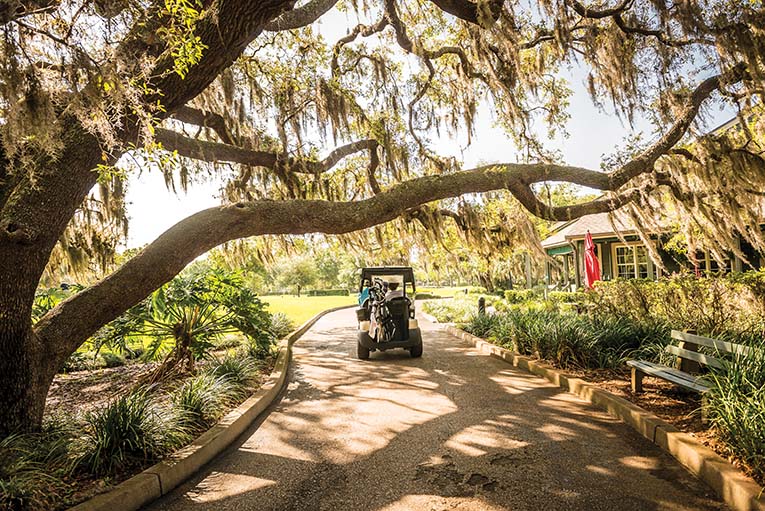 After a friendly round at Dubsdread Golf Course, head to the Tap Room for the club’s famous classic cheeseburger (ROBERTO GONZALEZ)

Like much of Central Florida, College Park started off as citrus groves. In the late 1800s, local grower John Ericsson was officially the first person to call the area home, building a farmhouse on what is now Princeton Street. Thanks to the rise of the South Florida Railroad, other settlers followed suit, turning the quaint neighborhood centered on Edgewater Drive into the bustling community it is today. Even Beat Generation novelist Jack Kerouac was once a College Park resident; the house still stands and now serves as a nonprofit retreat for up-and-coming writers.

It’s easy to see why the picturesque, Old Florida neighborhood has appealed to so many residents over the years. With its abundance of green space, towering oaks, and lake views (the neighborhood is home to lakes Ivanhoe, Adair and Silver) along with its close proximity to downtown, College Park is a community that prides itself on being in the heart of Orlando while still maintaining its small-town charm. “It’s much more about the community than the geography,” says Ritsy Carpenter, a resident of the area for 57 years. “There’s a sense of thankfulness among everyone here. We know there are other great places to live in Central Florida, but the people who choose to live here so appreciate that they’re in College Park and believe it’s the best place for them.”

The sense of togetherness is what draws people in and makes it even harder to leave. “I say that I’m newer to the area and I’ve been here 40 years, but in College Park that’s considered new to the neighborhood,” explains Linda Dalton.

Living there for the long haul isn’t just a trend for residents, it’s a phenomenon among businesses too. From Gabriel’s Sub Shop, which has been in operation since 1958, to Orange Cycle, a bicycle store that opened its doors in 1976, Edgewater Drive is sprinkled with local shops that have been doing business here for decades. “That’s part of what makes the neighborhood such a great place to live,” Dalton says. “It doesn’t really change.”

Beyond the retailers and restaurants, other community fixtures include the local Publix Super Market, Dubsdread Golf Course, and Edgewater High School. Every Friday night during the fall, it’s typical to find a crowd at Edgewater’s football game, cheering the Eagles to victory. 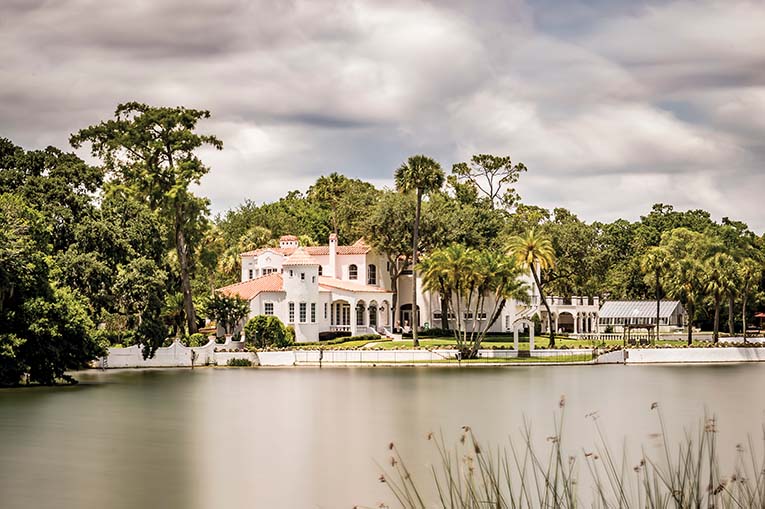 “Everybody comes out and supports the community,” confirms Amelia Harrison, executive director of College Park Main Street. “There’s a connectivity and compassion to get out there, have a great time, and lend a helping hand.” This holds true for many of College Park’s signature events like the annual Spring Fest, Holiday on the Drive, and JazzFest that are held on Edgewater where businesses and residents celebrate together.

The “when you’re here, you’re family” mentality operates on a smaller, more personal level as well. It’s commonplace to have baristas and bartenders know your drink order before you sit down, and the cashiers at Publix make a point of knowing the names of the neighborhood children. Then there are the individuals who simply make you feel special, like veteran CVS employee Alice who always greets customers with a smile, and Bob Patterson, a longtime manager of the full-service Sunoco gas station who recently passed away. He was known as “Mr. College Park” because of his warmth and generosity.

Carpenter recalls how her neighbors opened their homes to 75 Australians who were looking for housing during her daughter’s wedding weekend. “The Aussies thought College Park was the friendliest place on earth,” she says, laughing.

“I’m single, but this is where I want to raise my family one day, and my friends feel the same way,” confirms Orlando native Joey Woodman. “I love it here because of the small-town feel. It’s great that you can bike and walk everywhere, plus you can find fishing, tennis and golf right here.” College Park’s accessibility paired with its spirited community is why both younger and older folks are drawn to living here.

“College Park represents what it truly means to be a neighbor—and it really exemplifies what it means to love your neighbor. It’s so inclusive,” says Carpenter. “If someone moves here, everyone wants to go all out for them. It’s not like you’ll just invite your new neighbor over once—you want them to be a part of the life here and that’s what is truly unique about life in College Park.”

This article appears in the July 2020 issue of Orlando Magazine.
Categories: News and Features
Tags: College Park, great neighborhoods, Orlando
Want to read the whole issue? Download and read this issue and others on Magzter.

Meet These Powerful Orlando Women: 2021 Women Who Move The City

Get Lost in Leu Gardens

The Sport of Kings

Rosen YMCA Aquatic Center Is A Great Escape This Summer 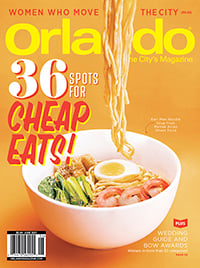